Those likely to get into trouble underground are also those who are likely to get one out of trouble underground. It’s those that hang around underground all the time that make up the cave rescue team. One could say the rescue team comprises of two halves: those from the Plymouth Caving Group (PCG), which, in spite of its name, focuses on visiting mines; and those from the Devon Speleological Society (DSS), which is true to its name and visits natural caves. Accidents can happen in either underground space, so the rescue team should be comfortable in both. We regularly drag victims on stretchers through caves, but we should also be able to do that in mines. And in order to do that we should also be comfortable with them.

When a regular training was cancelled due to some circumstance or other, Lionel and Finbar decided to give the DSS’ers a chance to play around in a versatile mine. And so it happened! This mine has both a vertical and an inclined shaft, and had all sorts of gaping holes, scrambles and flooded bits underground to give people an idea of what you can encounter in a mine. And then next time we should really have a victim on a stretcher. So we started out rigging the vertical shaft for some rope work practice while the others rigged the inclined shaft in order to practice hauling. 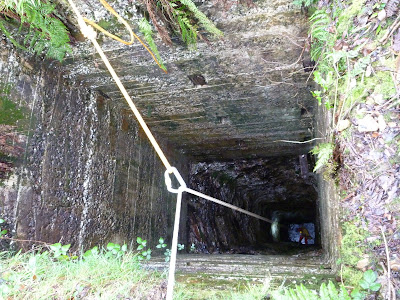 Lionel down the shaft
Lionel went down first, but he was back up soon: the actual mine was flooded. I went down as well, only to practice turning around on a rope without touching the ground. And then we were on our way to the other shaft. We went down, and found familiar water depths. This part of the mine is much better drained... we explored every nook of this nice little mine. For me, the highlight was a good swim. I was the only one in a wetsuit, so the only one who wanted to see how far you could get at the far end of the mine before the water touches the ceiling. There’s something about underground swimming... 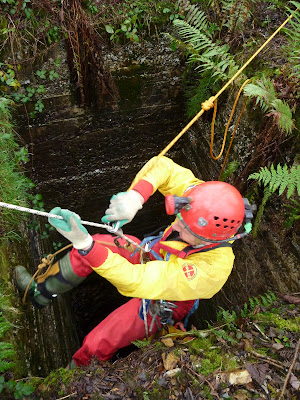 Lionel getting past the deviation 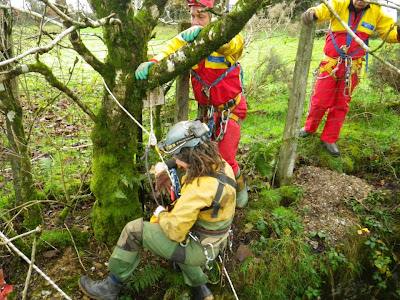 Me putting on my gloves before going down

We really need to do a proper rescue training underground, with a real fake victim. We’ve never done that in my time! And Lionel already pointed out one day that in our region, there’s hundreds of mines for every cave... one day we’ll need these skills! 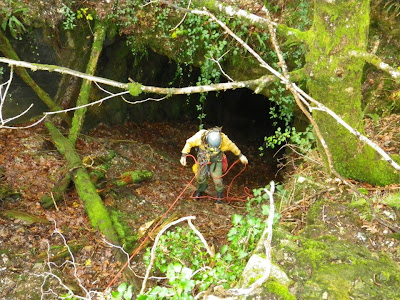 Me going down the inclined shaft 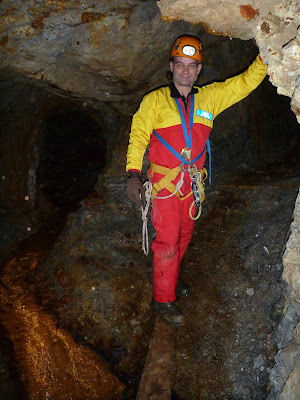 Rich balancing on a beam above a gaping hole 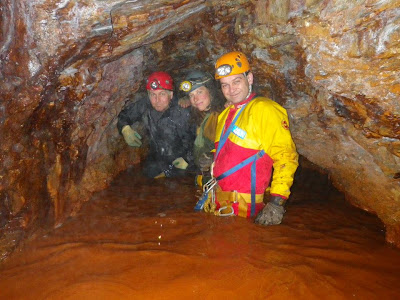 Me with two sturdy chaperones in tomato soup 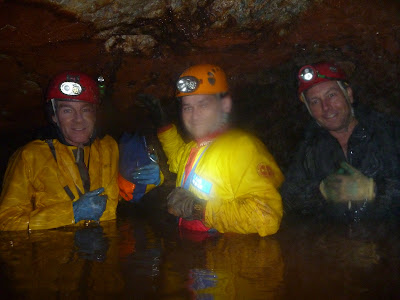 The soup got deeper and more watery! 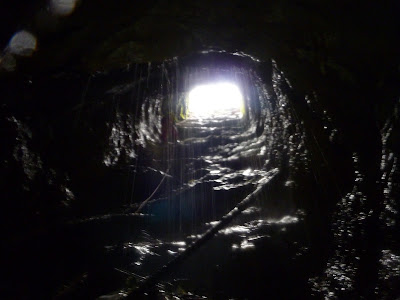 Rich climbing out of the inclined shaft
Posted by Margot at 09:25