I expected horizontal sleet. It's December, after all, and for a while the weather forecast for the weekend had been ghastly. But lo and behold, I was yet again standing beside a stately manor in the bright sunshine!
My favourite racing diary had revealed yet another off-road race not too far away: just inland from Torquay. I am not at all good at off-road racing; I’m way too scared to hurt my knees, but I do like it. And it gets you to places where you otherwise wouldn’t go! And this Cockington Country Park was, as was the Teign Valley, quite decorative.
This was a small race; only 171 runners. And the route lead over quite many narrow paths and over many stiles, but with so few runners there was never a problem with queuing runners at a bottleneck. And the route was pretty, the people were nice, the weather was gorgeous! What more does one want.

After I'd finished I had a small look around; the prettiness of the surroundings merited that. And I noticed that the church that featured on the route was accommodating a wedding! So you had a strange blend of muddy, sweaty, lycra-clad people mixed with people in their beyond-Sunday-best, but nobody seemed to care.

I don't know how I fared; the results aren't in yet. The organisation was in Christian hands, so I suppose they can't process results on a Sunday. But whatever my results have been: that was a Saturday morning well spent! And I already look forward to the next one: ten miles next week... 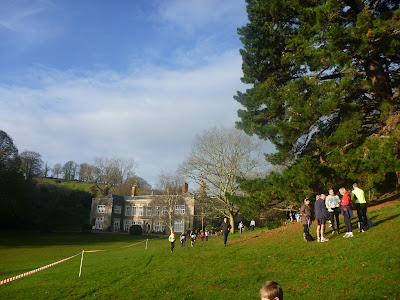 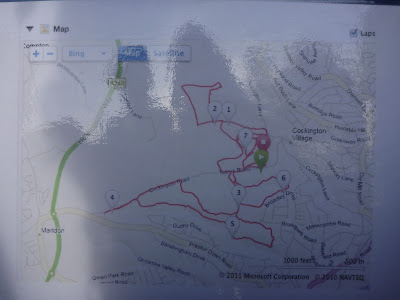 This was the information available on the route: most informative! Not. 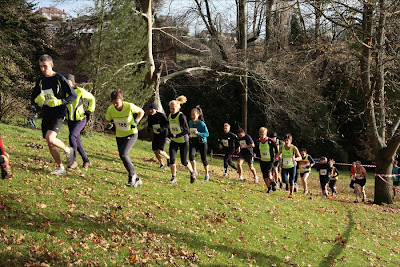 An uphill bit near the start of the race,with everyone not spread out yet 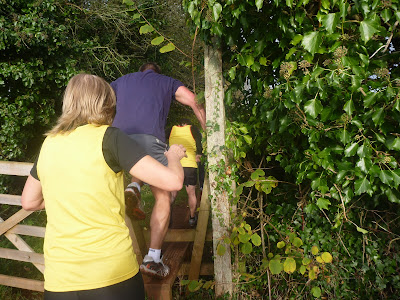 There were many stiles in the route, but it never got annoying. 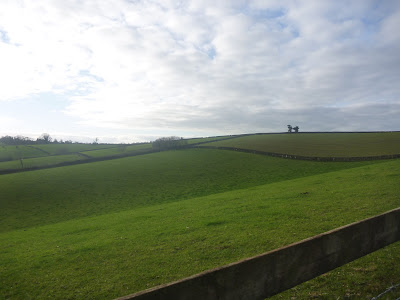 If you look closely you can see the runners in front of the hedge row. 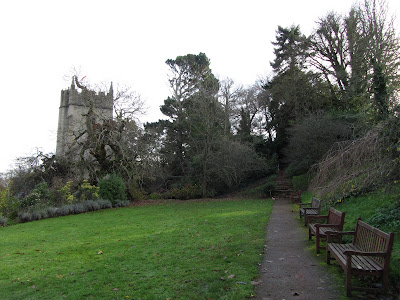 At the end of the route we ran past the local church: how scenic! 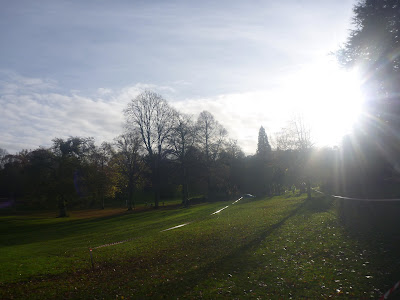 December sun near the finish line 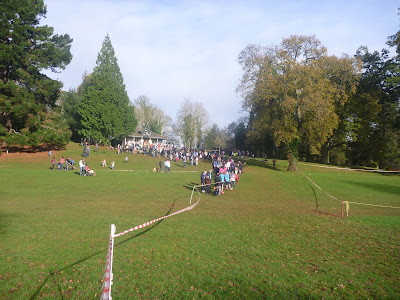 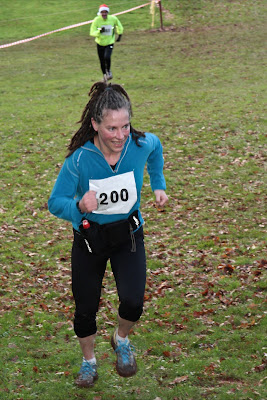 Me with the finish in sight 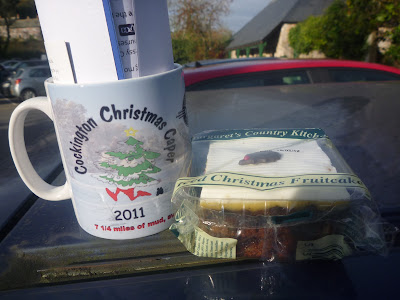