“I think I would like you to just leave me alone for now whilst I think about stuff.” Has any relationship ever recovered from a sentence like that? I think there is sporadic historic evidence. But it’s not inspiring much hope.

I was really happy to see Neil again after all my foreign adventures. And I then managed to express that a bit too enthusiastically. He spontaneously entered a fit of fear of commitment. Which I knew he was prone to, but I hadn’t expected such a heavy attack that abruptly. And then I got The Sentence.

Considering circumstances I was lucky; only 24 hours later I had a follow-up message. And a few hours after that we talked it out. It has been decided. And mind you, Sunday evening there was no sign at all of impending doom. Not more than normal, at least.

I knew it was a risky adventure to team up with him, and I knew it would most likely end with my heart in pieces. I took the risk. And I got a four month long wild roller-coaster ride, ending in a crash. It was worth the try. But now I have to lick my wounds… 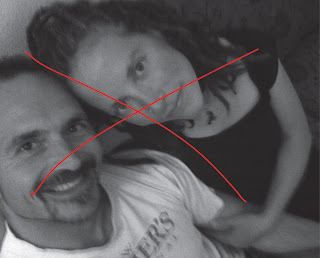 Men. They are a useless species.

Not true; if they were that useless none of this would happen! And maybe I should do a course in man management with you... ;)

Poor Margot!... You have my sympathies. :'-(
I don't understand what is so frightening about commitment. Maybe you can send your next boyfriend to me to observe the pleasures of a stable relationship...