With great garden comes great responsibility. If you want to enjoy your garden, you have to maintain it. And that doesn't only hold for whatever is alive in there. I have some woodwork in the garden! And that needs attention too.

From the beginning I had got into the habit of painting the stairs down into the garden once a year. And it was that time again! But this year it started elsewhere; one day in late autumn, the neighbour had noticed that there had been someone in our respective gardens. And he or she had moved from the one to the other in such a clumsy way that the fence had been damaged. He had kindly offered to buy a new panel and install it. He then painted his side of it, and asked me to do the same with my side. And suggested I maybe do the same with the rest of the fence. I hadn't really thought of that, but he is a retired painter so he knows what wood needs. The problem was, though, that when that all happened my arms were good for pretty much nothing, so I had to bin that idea for a while. But after many months of recovery and physiotherapy, I can wield a brush again like the best of them, so it was time to slap some paint around. And I still had plenty; Rose had left me three tubs of paint for exactly this purpose, and one of them was even entirely unopened.

The fence was first. And then I had my attack on the upper garden, in which removed a lot of brambles and buddleia and whatnot from the fence there. I figured I had better paint that too, before I would have things growing against it. So that was second! And then I did the stairs and the garden shed on one in the same day. By then I was down to my last tub! Thanks Rose, for three years' worth of wood maintenance. I'm sure that tub will even carry me through 2022!

Now all this painting is out of the way, I can get mentally ready for tackling the extension. That already needed lick of paint when I bought the house. I had already hired tradesmen to sort that out, but they had stood me up. And by now I had decided I had better do it myself. It should be within my capacities to scrape that, and give it a good coat of paint. So that's next! 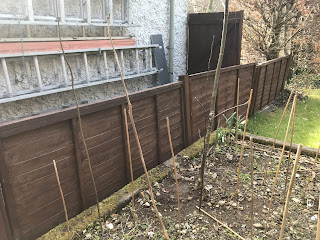 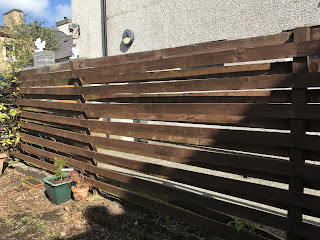 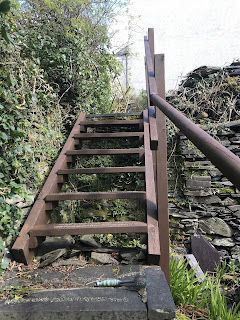 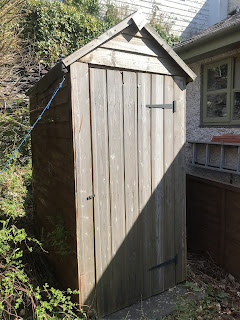 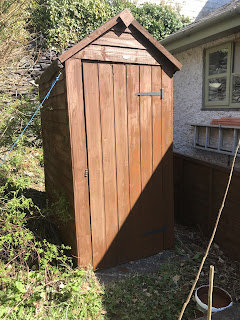