That's not what I do! I aim not to unravel the intricacies of the natural world (specifically that part of it which involves foraminifera); no: I aim to invent pseudo-facts in order to destroy the prosperous economies of the world's richest nations. It seems!

Is that true? I'm afraid I can't verify it. I base this on the following quote: "Global environmentalists have said and written enough to leave no doubt that their goal is to destroy the prosperous economies of the world's richest nations", which seems to feature on page 253 of the following book: Russel Kirk, Economics: Work and prosperity in Christian Perspective, 2nd ed. (Pensacola, Fl: A Beka Book, 1999). The quote was given on this website, and they seem to be rather thorough in their research. But I don't have the book. The local library doesn't either (good on them) and Amazon doesn't allow a preview. And I don't want to buy it, as I would be financially supporting their case. And all that means I can't check the validity of this bold statement. 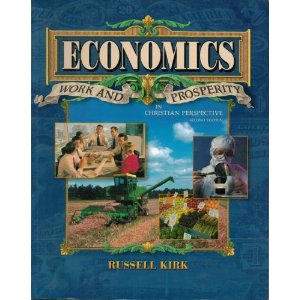 Those who have followed the above link will have seen what this is all about, but for those who haven't; all this started with Louisiana being about to fund promising pupils from schools who can't cater for their talents to attend certain public and private schools that are deemed better suited for these bright lights. The idea is good! But the problem seems to be: many of these are fundamentalist christian, and teach creationism and the likes. So that means: tax money used for filling the heads of intelligent children with propaganda. And the quote above seems to be part of that. Outrageous! But I would say that, wouldn't I?

I'm not quite sure what's in it for me, regarding my alleged aims; it tends to be the world's richest nations that fund me. The UK seems to reside rather solidly in the GDP top 10. And I don't think I, in general, look forward to global economic collapse! One could say we're already in such collapse, but I think this is more "economic recession" than "economic destruction". (And to make things worse; one can hardly give the credits to the climate change worriers.) The latter would probably involve my neighbours bludgeoning in my skull for my last potato. Not a very enticing thought.

So I hope we can resolve this. Do I have any readers with access to this book? If so, I'd appreciate a picture of page 253! That would surely resolve if this Mr. Kirk indeed makes this claim. And then I leave it to my readers to decide if he's right! And to decide whether US taxpayer's money should pay for bright Louisiana kids reading his books...