Throw the stretcher off a cliff

It may sound arrogant, but I’m fairly good at going up and down ropes. The only problem with it is that I have a penchant for ending up as mr. Messy (of the mr. Men series; “meneertje slordig” in Dutch). I once came out of a mine with two bags (I was playing mule for a caving mate), and I also de-rigged as I came up; when I reached the surface it took us a while to disentangle me again, as I REALLY looked like mr. Messy, but then mine-coloured, and not pink. 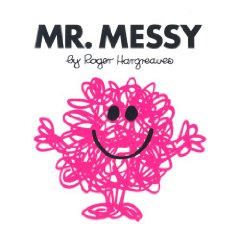 The cave rescue team had organised a rope training evening. We would practice getting ourselves, and casualties in stretchers, up and down vertical drops. Fun!

I started out just going up and down a cliff face. That was fun! And it is not something I need that much training in, but I tried to get past the points where the rope was anchored in the rock without making a veritable knot-work of myself and the rope. I’m getting better at it! 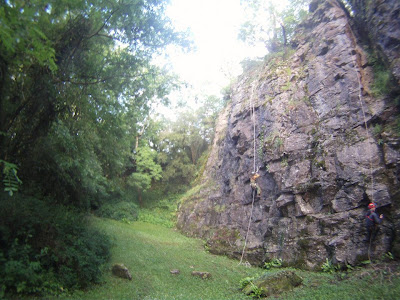 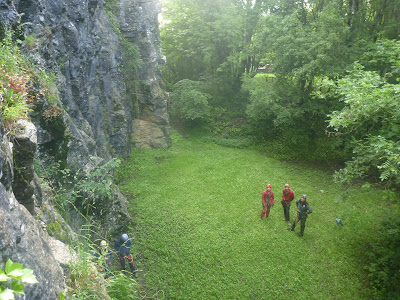 Then I went to the place where others were busy throwing the stretcher over the edge. If we hoist a casualty in a stretcher we tend to have a rope for the stretcher, a safety rope, a rope for someone who accompanies the stretcher to keep an eye on the casualty, and potentially more. Plenty of opportunity for knitting! So I did my best. I get confused in what rope goes where, but every time I do it again that gets less; I’ve now been practicing several times, starting actually on a Norwegian glacier, as glacier rescue involves very similar techniques. So that was very useful! 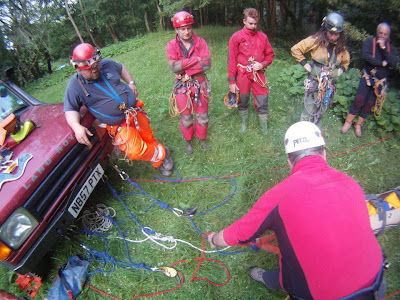 All these ropes! Pic by Josh 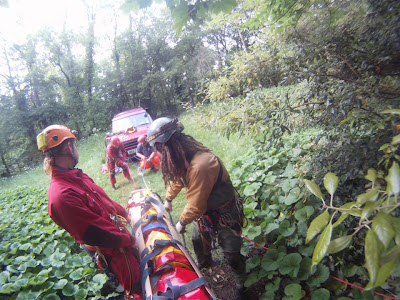 Getting the stretcher to the edge. Pic by Josh 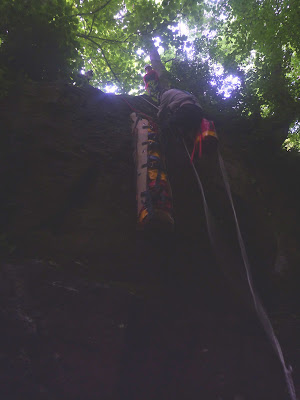 And over the edge! 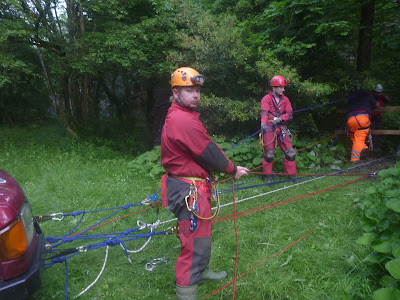 And then the hauling up. Pic by Josh

Time flies, though; when I felt like I had only gotten started we already packed up. And rightly so; it would be a while before I would be home, and it is a busy foram-riddled week.

As the evenings are long now we intend to do it again some day soon; by then I might manage as mr. Clean!
Posted by Margot at 14:50