Durham Cathedral is one of Britain's best buildings. That is, according to the BBC. I must say I agree! I've visited it several times myself, but my first introduction to it happened through the BBC series "Britain's Best Buildings"; a series presented by one of the BBC's in-house historians: Dan Cruickshank. He is your archetype geeky scholar who knows everything, finds everything fascinating, and shares his fascination with the audience in hushed yet enthusiastic queen's English, festooned with the eccentric gesticulation of an Oxbridge professor in history (or how I imagine one to be). In other words: what a man! I enjoyed that series. But then it got silent: I didn't see his face on the TV for years. But he's back! 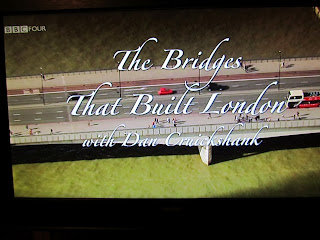 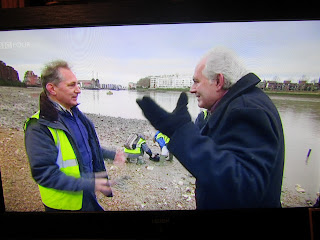 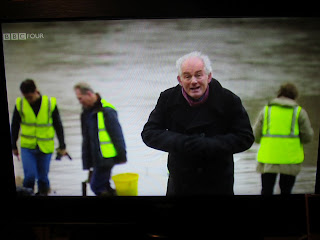 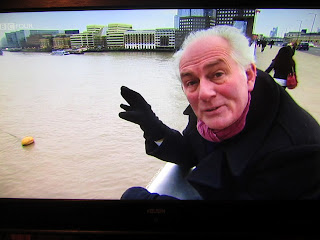 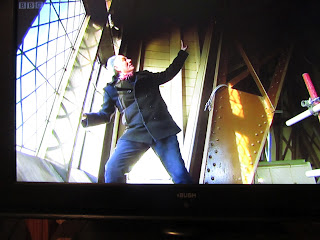 I recently saw an announcement of some programmes within the framework of "London week" or something; a series of documentaries on London. And the first one would be presented by Dan Cruickshank. I have no specific affinity with London, but of course I watched! It was a pleasure. And then, later that same week, he presented another programme on the bridges of London. I have now increased my knowledge on the capital of my country of residence by many times! And I got to enjoy the erudite excitement and scholarly gesticulations again. And these days you can hardly switch on the TV without having some academic explain you this, that and the other (Stewart, Worsley, Al-Khalili, Cox, etc etc etc), so I hope Cruickshank is high fashion again as well, and have his face on my TV a lot! I will turn into a proper couch potato...
Posted by Margot at 09:57