Many weeks earlier we had climbed into a small quarry close to behemoth Dinorwic; this week we would climb inside the main quarry. Lovely! I like that place. It's impossible to imagine.And the climbing would turn out to be good.

View down from the way up

This place had a lot of sports routes, so no time-consuming rigging needed; I dropped my bag, put on harness and shoes, grabbed a rope, and found myself a belayer. I was off! I started doing an easy-looking route. First rope in place! And while I was doing that other people went up other routes. Soon we had three ropes in place. 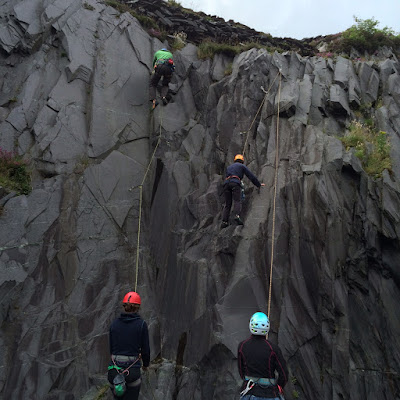 We started on the easy routes

I wanted a fourth route; we were with a fair few. I looked at a route that looked very intimidating but well, these ropes don't go up on their own; someone had to try. But then Tony appeared. He lead it instead. That was better! I happily seconded it.

Then our attention shifted to around the corner, where the harder routes were. I first did one in the far corner, on top rope. Then I went back to do a lead I hadn't done yet, and stripped that route and the next. Then it was time for two more routes on the harder face! One was lead (again) by Tony, and he struggled. I knew that would mean I'd struggle to second it. But I managed! Then he lead another. The man was on fire! Our local spider Ika seconded it, and had a hard time herself. But I gave it a go too, and did it! It was less hard than I expected. It was an outdoor 5c, I was quite proud I managed that! 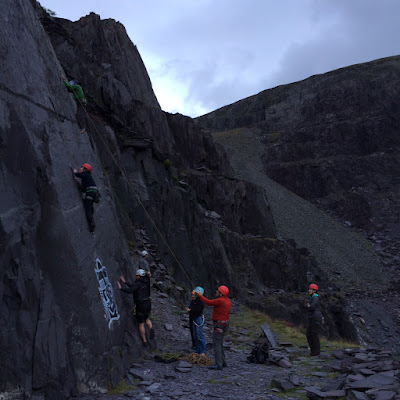 Light fades and the climbs get harder 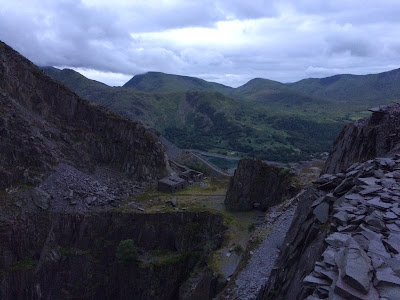 By that time it was getting late and it was time to pack up. Tony stripped all the difficult routes. This had been a great climbing session! I had only lead two routes but stripped them too, and climbed four more routes, up to 5c, on top rope. Good going, as far as I'm concerned!
Posted by Margot at 13:23