Testing the beach for the freshers

It is one of the perks of the job. Having to take students into the field, and then getting the opportunity to go there beforehand, without students, to see what there is to teach. I had already been to Cwm Idwal, the Aberogwen coast, and Llyn Llydaw that way; now it was time to go to Red Wharf Bay. We would be talking to the students there within the framework of the Earth, Climate and Evolution module, on which I also lecture, and of which I supervise some practicals. As is generally the case; James would teach us the teaching. And as is generally the case, he brought his dog.

I travelled with James, and we got to the bay. Penny, the dog, was excited: a big beach! And James had brought a ball! What more could one want. Except that she gets so excited about the ball she doesn't want to give it back to James after having fetched it. That doesn't help! But it kept us busy while the others failed to show up. By the time we got worried they appeared after all. We could set off. 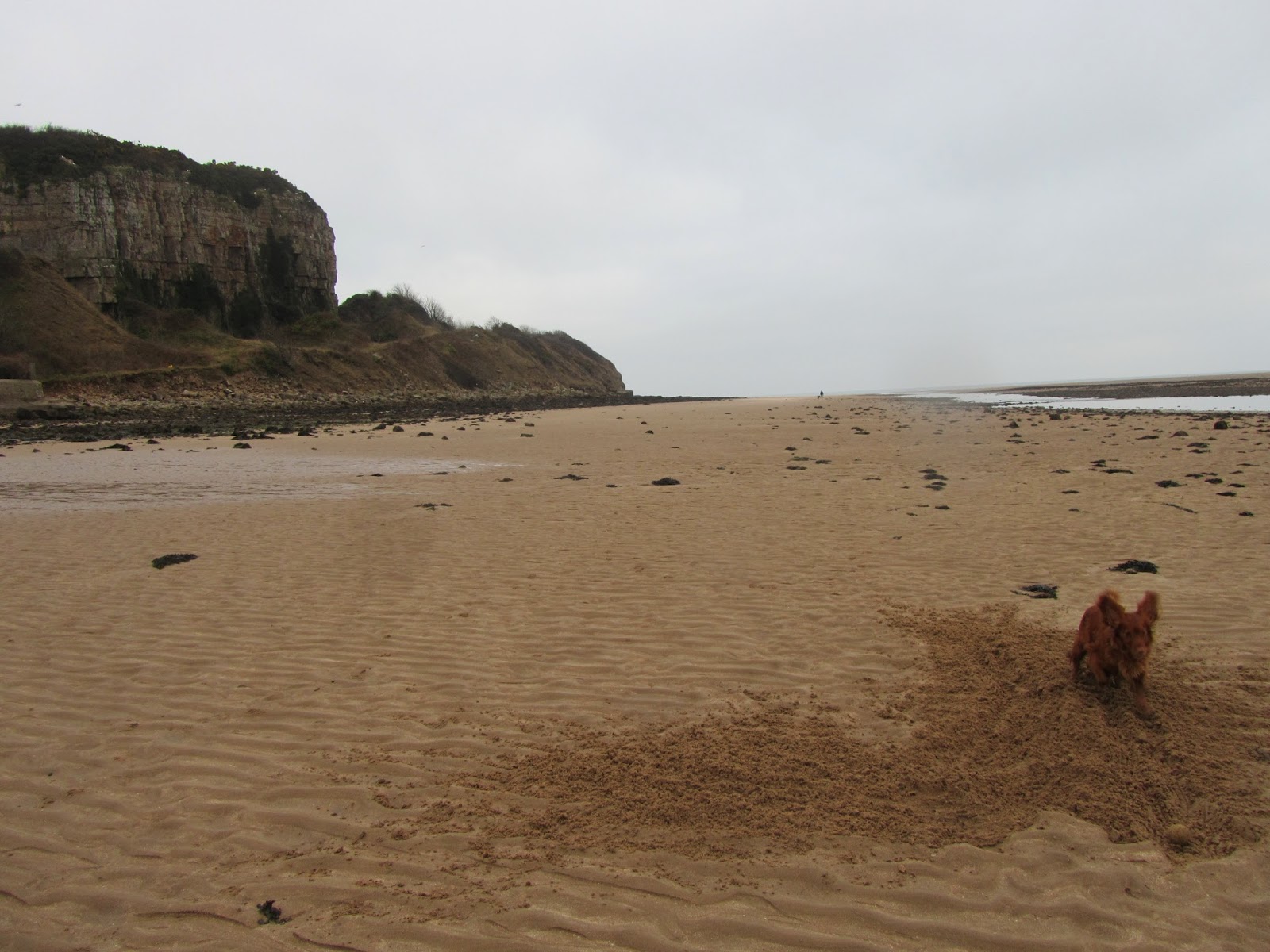 Penny amusing herself while James is lecturing out of sight. Notice the limestone cliffs.


It is an exciting beach! It sits in a low zone on Anglesey that runs all the way from where we were standing to the estuary on the other side, and which actually traces a fault in the crust. This one runs parallel to the Menai Strait, which is a similar fault, but which was eroded out a bit deeper. These faults are still souvenirs from a time when the ocean before the Atlantic Ocean vanished. And the beach has lovely Carboniferous limestone cliffs towering over it; this limestone was deposited when the region was  shallow sea, but the closing of the aforementioned ocean caused the uplift which brought the rock to where it is now. 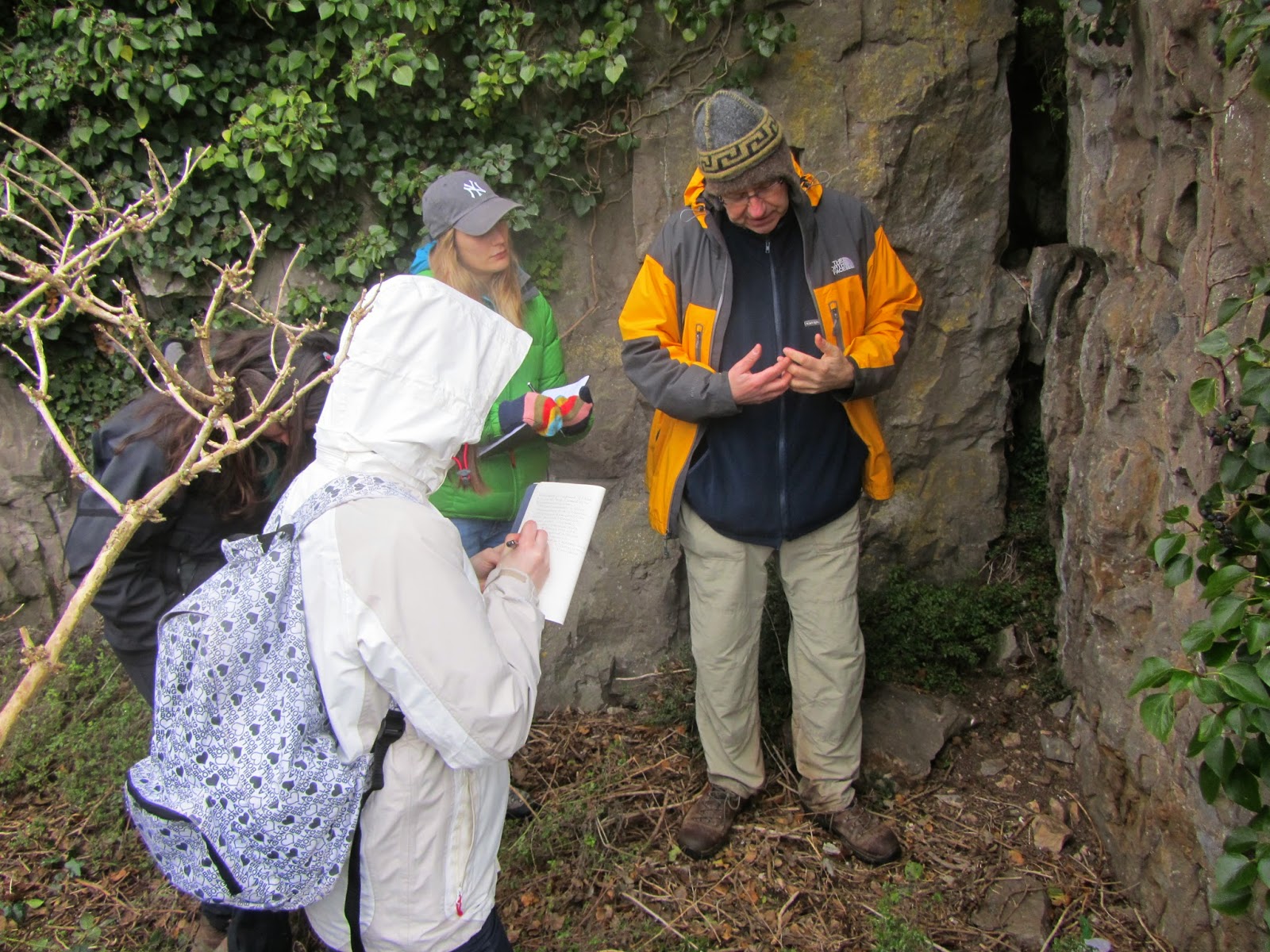 Right underneath the cliff

The limestone isn't only interesting as a building material; it also shows some interesting features itself. It has holes in it, caused by dissolution, and filled up with very old sandstone. This means the dissolution must have taken place rather soon after the material was deposited! Which also means the rock must have consolidated rapidly. The sandstone plugs are rather impressive. 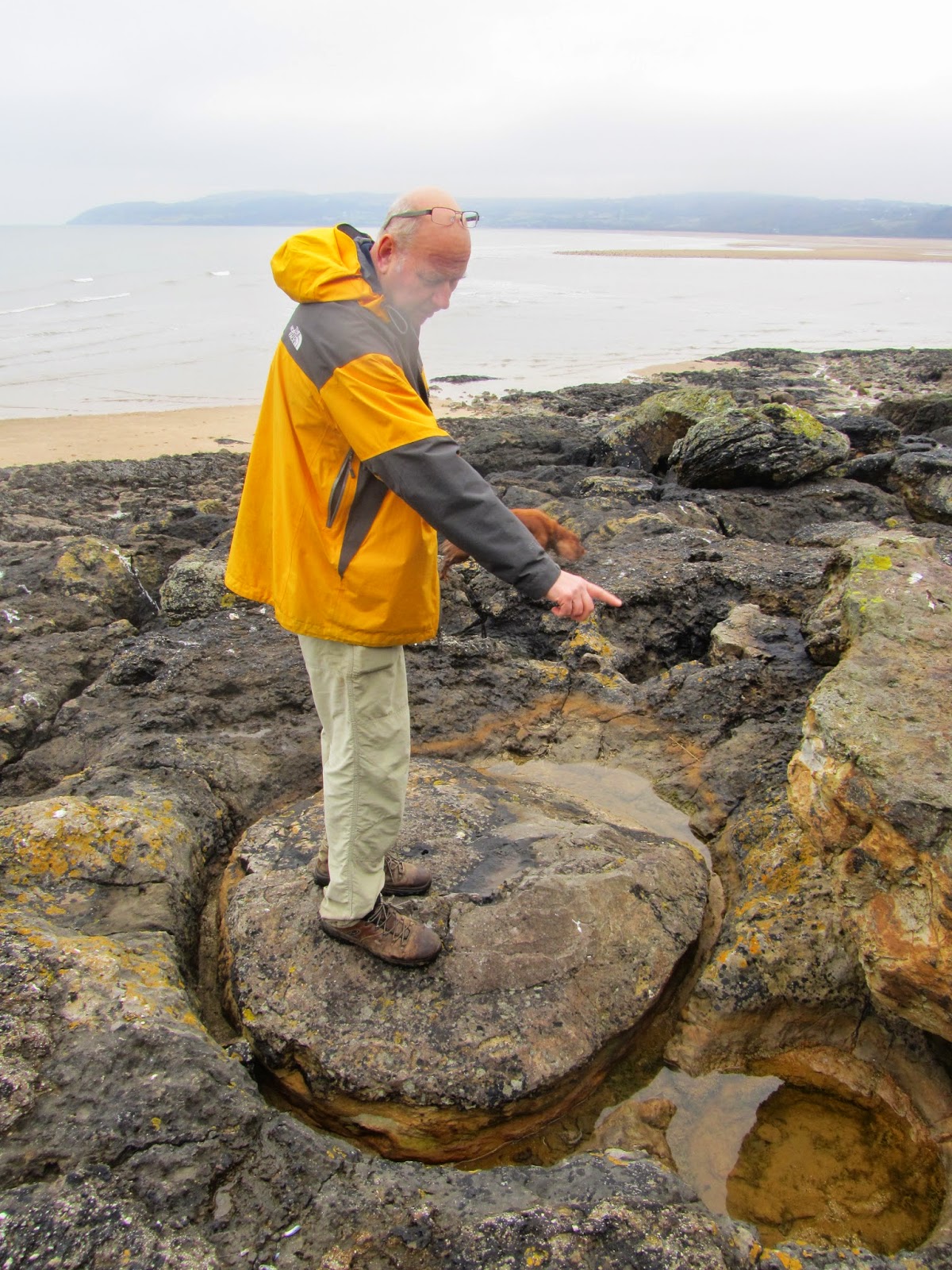 
The limestone also has trace fossils, and in some places, there is Last Glacial till straight on top of it. A lot to talk about! We all liked it, but the dog didn't. She thought all that standing still and talking was unbelievably boring. Couldn't someone throw a ball? Well, no, because she wouldn't give it away, but that didn't stop her from whining in the most pitiful way. So cute, and so distracting! But then James had finally talked us through the entire field day and we could head back, throwing balls liberally. In March we will do this trip for real, with some 100 students. I hope they are as impressed as I was!
Posted by Margot at 09:24

"And James had brought a ball! What more could one want. Except that she gets so excited about the ball she doesn't want to give it back to James after having fetched it."

My grandfather's second to last dog was like that. Completely obsessed with tennisballs. You couldn't get one out of her jaws even if you tried with an industrial sized crowbar. Solution: always bring TWO balls!...