Dropping out and down

For the first time in a fair while, we would NOT go to Wrysgan this Thursday. Don had suggested a nice drop down through several chambers in local stomping ground Cwmorthin. That sounded great! But on the day itself we almost had to turn to Wrysgan after all.

The run-up to the trip already was ill-omened. David mailed his car had broken down, and that he hadn't managed to do an impromptu repair. So he was out! And then Paul bailed out too; he normally gets a ride home from David. I offered to do the honours, but it was too late, and later on I would actually be glad about that: it would have got really, really late if I would have had to drive home via Holyhead.

Alone I drove to Blaenau Ffestiniog, and found Don and Rob. Simon tends to be late. Phil was reported to be so late he would catch up with us later; he knew where we were headed. So with only four of us we headed up the hill, lugging the 100m 12mm rope with us. And we got to the gated entrance. The mine is owned by some chap who uses it for taking paying groups through it (BTW: we regularly see what kind of fun stuff he installs in the endless chambers; this is a commercial underground trip that the likes of us wouldn't be snooty about! Do all go! Look here!) but he's very generous and allows casual explorers in too. Just phone him, ask what the access code is, and Bob's your uncle. And the code had been the same for yonks; we all knew it by heart.

Except that he'd changed it and nobody had bothered to check. Oh dear. And up there, at the entrance, there is no phone signal. Now what? Go to Wrysgan (on the other side of the valley) after all? Go to the pub? But we don't give up that easily. Rob, who is always up for daft antics, clambered around looking for some rat hole and actually found an alternative way in. I won't detail it; that wouldn't be nice to Miles, the owner, who clearly likes to keep an eye on who goes in. But we went! We'll tell him later. We first had to get to the gate from the inside, to leave a note for Phil, but then we could start on the planned trip. Don had rigged it while we were going to the gate. And soon we were descending, one by one! It was an unusual corner of the mine, and the chamber we were descending was impressively big. And we even found some artifacts along the way! 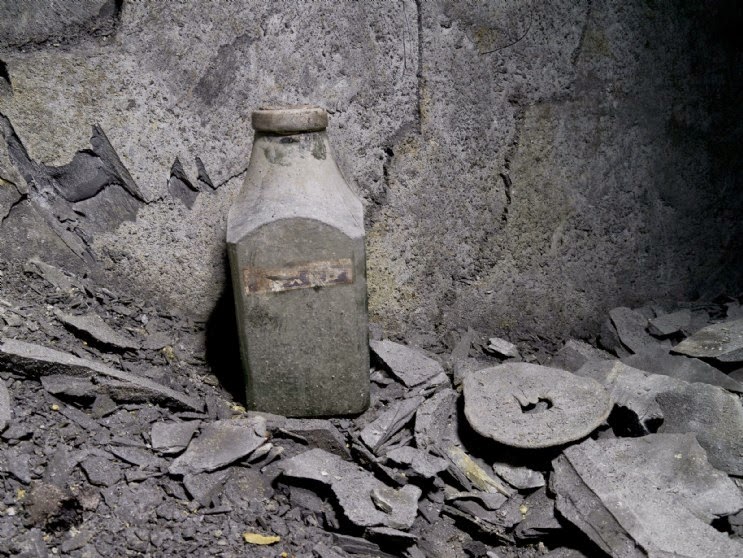 A lovely bottle. Pic by Simon 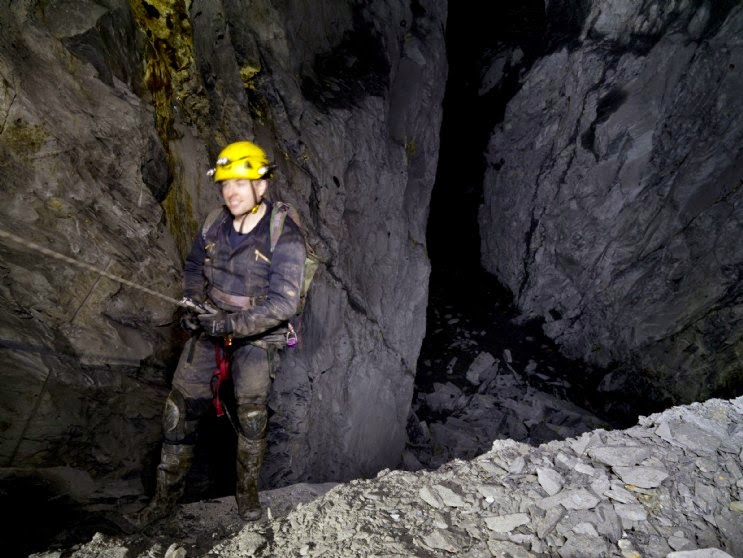 Rob getting ready to descend the second pitch. Pic by Simon

It was all rather calm; the abseil was practically never a free hang, and the rope was so thick you couldn't go down fast if you wanted to, but it was very nice! Coming down a 100m rope has challenges of its own; you can't make sudden movements, as a 100m rope has at least 10m bounce in it, and you don't want to be boioinging through a chamber with plenty of pointy slate edges. And the chambers were lovely!

Once down, the first thing I found was a slab of rock with the signature of a lot of the CMEC chaps on it. Including one of the chaps I'd been underground with recently! That was a nice surprise. We then had a bit of a stroll, and had some fun with an original wooden bridge still in place, but then we headed back up. We had to take the rope back out. And getting out was again a bit of a hassle! Phil never showed up in the end; it turned out he had come up, and seen our note, but had figured  going in like we had done was too much hassle and he had just gone home. But with mainstays David, Paul, Phil and Mick all having missed this trip, we surely have to come back and do it again! But then just come in through the main gate... 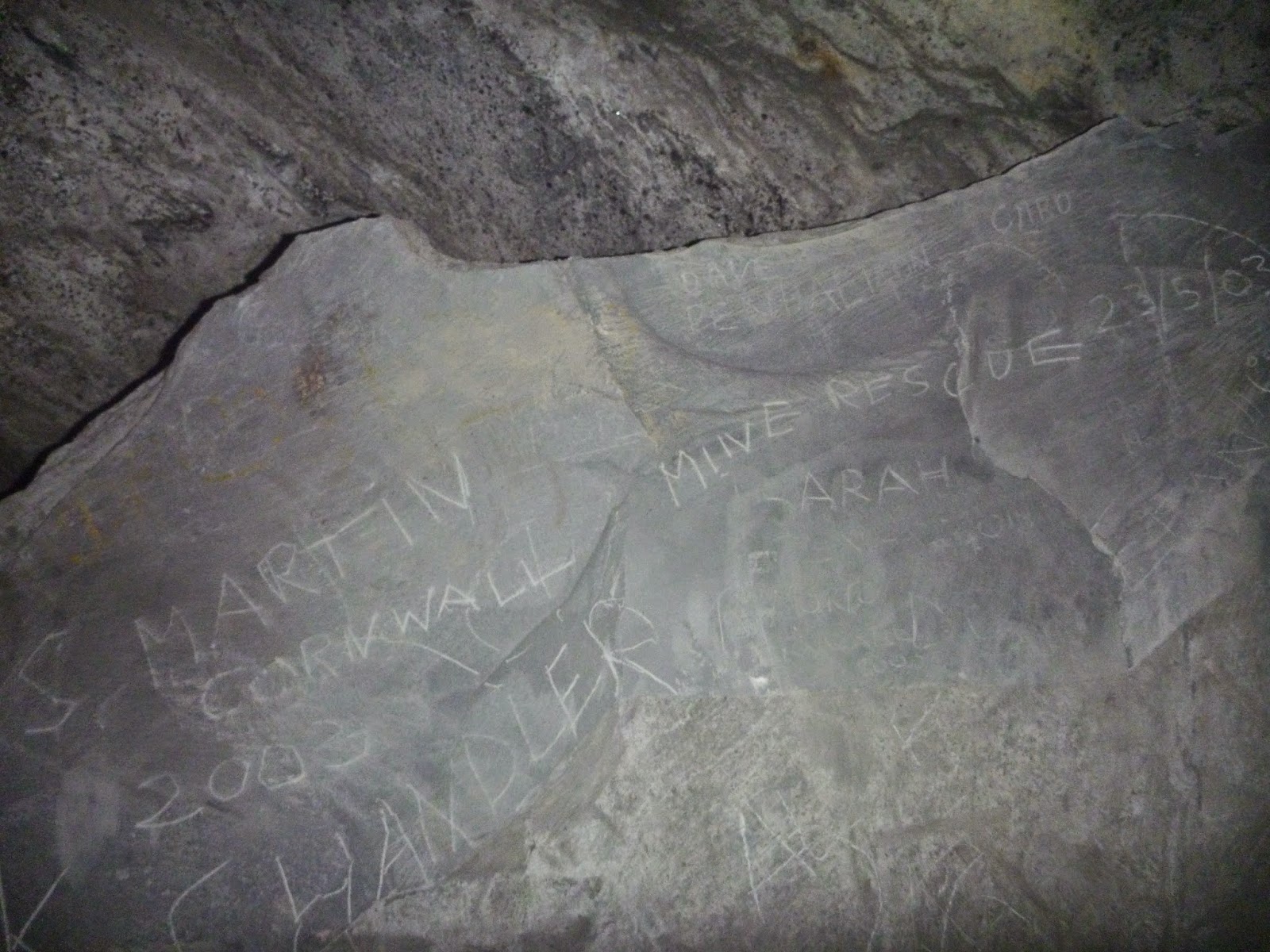