We had made a new route through a mine; now we had the opportunity to fully enjoy it. It is fun to walk high onto a mountain slope, find a little hole to scamper into, scamper around on the inside of the mountain, and come out at the base. And that was exactly what we had now made possible! So in spite of the remnants of snow we walked up to the high entrance, and from there we started to make our way back down, to the top of our recently-made passage.

The plan had been to rig this new pitch a bit neater; so far it was an old piece of rope tied to a rock, but we knew there was a bolt in the wall. A bolt means little if it isn't combined with a nut, though! So we had brought one. But it was the wrong size.

It was the advance party of me and David who had concluded the nut didn't fit. I decided to go through, and go look for Paul who had come in through the low entrance, and who was engaged in a multi-week drainage project. He tries to lower the water in the adit so much even I with my low boots can make it across with dry socks. It's a lot of work! And it had taken us a while to walk around, and I was wondering if he was bored by now. David wanted to re-rig all sorts of things at the lower part of our pitch. 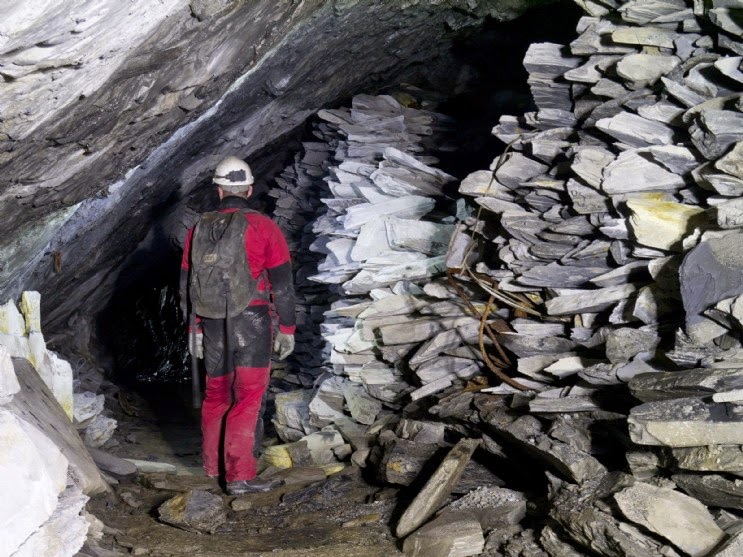 On our way to the new passage (pic by Simon) 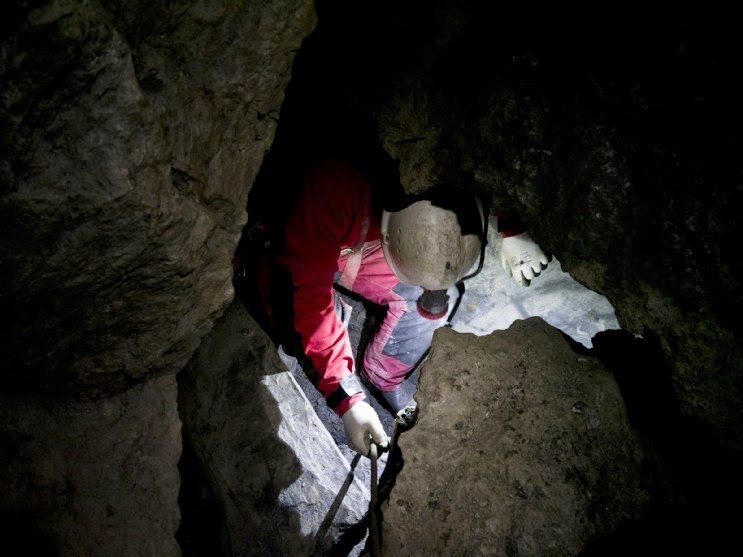 Phil descends into the new passage (pic by Simon) 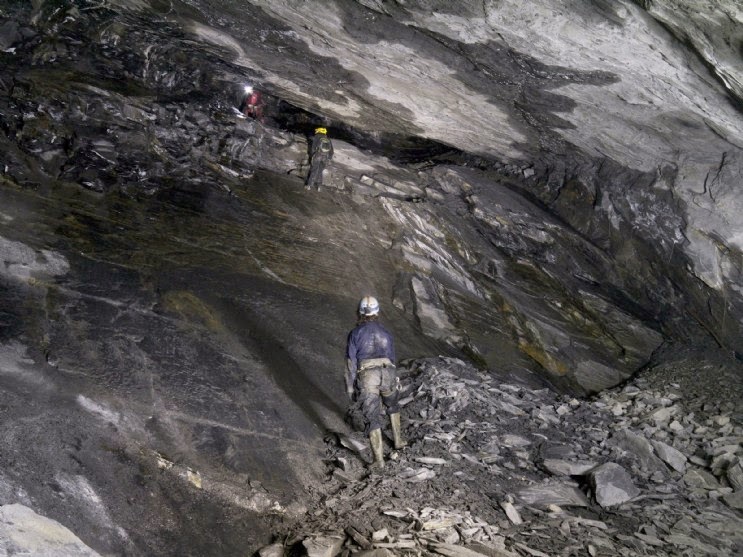 Coming down on the other side (pic by Simon) 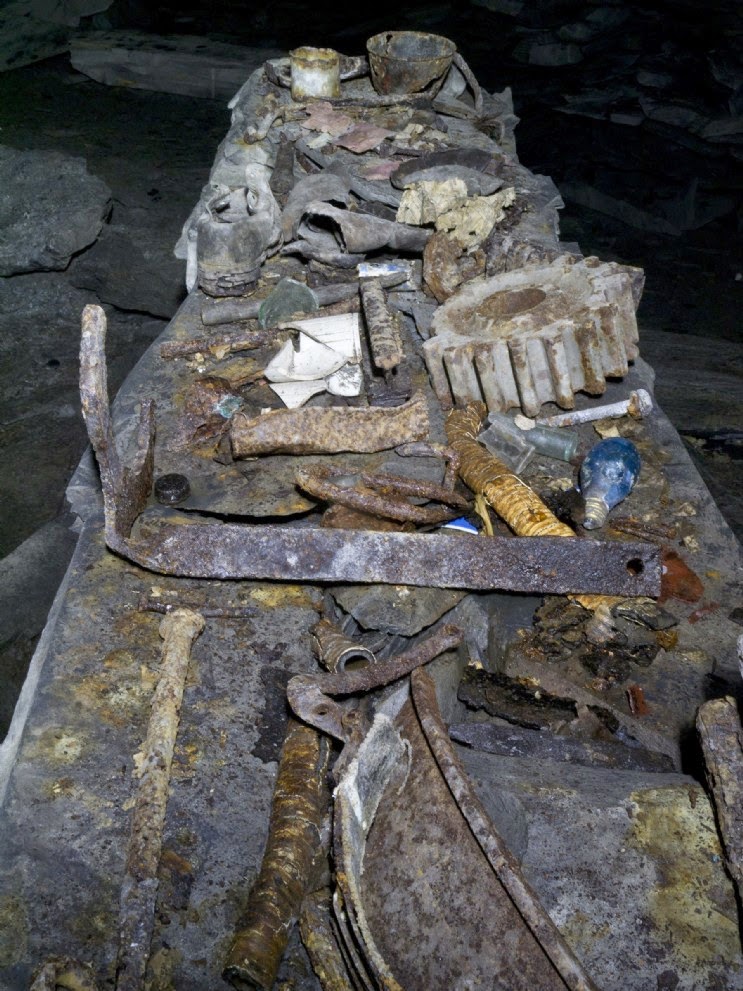 I found Paul, had a nice chat, and took him back to the bottom of the pitch where we found the others were still faffing. They looked inert, so Paul went back to his project, and I decided to leave. I could, as Paul's mate could deliver David back to his car. And I had a slightly heavy week, with lots of evening activities (Welsh class, dinner with the sclerochronologists, this mine trip, and the Friday after would also be a late one) and lots of early starts. The day before I had had to be in hospital by 8AM, and the rest of the week I had student practicals in the morning. So I made a glorious retreat! Some other day we'll bring a nut that fits, and that might also be the day Paul gets the water level down to the critical level.  And hopefully, many people will enjoy the fruits of or work!
Posted by Margot at 08:51