Chronological order is grossly overrated! After the gloomy previous post I need to write something happier, so I go back to York. On Tuesday I had some time to kill! And I decided to check out Clifford's Tower. This is the keep of York Castle; a motte-and-bailey castle, of which the bailey has not come out of the middle ages in a recognisable way. It's a nice little keep! With a nice view from it. 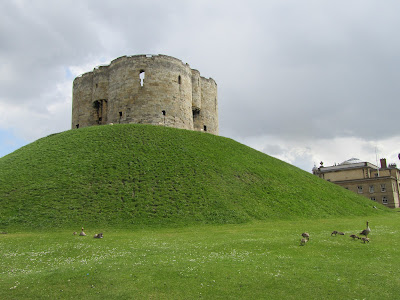 Clifford's tower on its motte 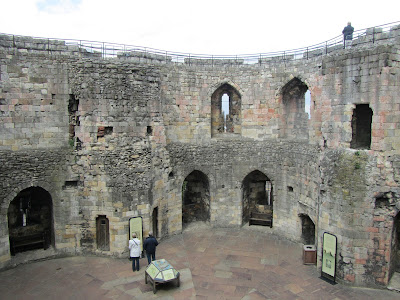 The inside - roomier than it looks from the outside 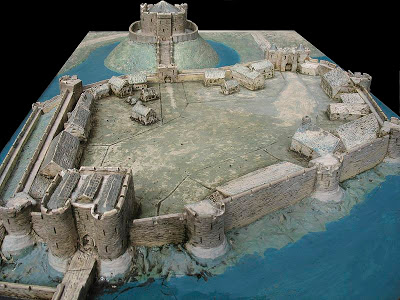 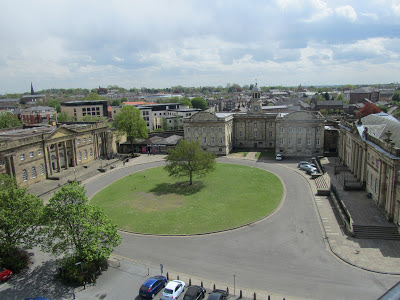 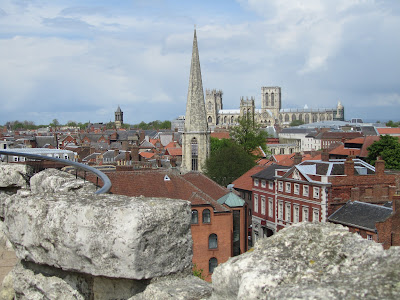 View from the tower on the minster

The hill was very popular with the local geese, as well; the tower has its own parking lot, with concomitant entrance lane. And a family with 13 fluffy baby geese thought this was a great place to have a bt of a rest. They were not at all worried about any potential dangers! That was rather cute. 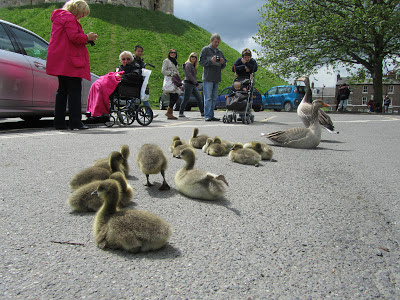 I plead innocent! If chronological order IS grossly overrated (is it?) the culprit, as always, is someone else. I am significantly more interested in what happens in your life than in the exact order, unless it is of relevance to the story. I can actually think of very few reasons to make time and not content the spine of your stories. Break free! Go wild! Let your hair down! Tell Thursday things before Tuesday events! Jump back and forth! Omit information on what happened when altogether!