We train once a month. The training in May would be my last. But I was in bed with a cold, and I didn't go. So that was it. The last two not very spectacular trainings we had had before that (too unspectacular for mention on the blog)were the last I would see of this team.

But then something happened.

I was in the pub, about to go to a different pub to have a pint and a meal with Jon and some others. And then I noticed I had two text messages. There was a call-out! We were summoned to the Torquay library. I don't know where that is; my maps doesn't either. But in the call-out message it was  mentioned it was on the crossing of two roads. I looked up the crossing on my satnav; that claimed these roads didn't cross. I decided to go to one of the roads and then just drive along it. So I packed my stuff and set off. I was hungry; it was already 8PM and I hadn't had dinner.

There were more messages. There was some confusion on location, by the looks of it. I didn't really want to stop to closely read them; I decided to just drive to Torquay and take it from there. I did manage, at a traffic light, to text "pls give postcode" because that makes it much easier to navigate. So, driving through Totnes and Paignton, I got to my Torquay road.

There I did read the messages properly. One said it wasn't Torquay library, but Paignton library! I had just come through Paignton! This was getting annoying. And they didn't give any information whatsoever regarding where this library might be. And my request for information had been grossly ignored. I think cave rescue might count a bit too much on people who have been living in the area for 50+ years, and don't need such trivial information such as an address. Or those that are happy AND driving, AND googling address information, AND programming their satnav, all at the same time. Which isn't me. But I can do them in succession. I looked up "library" in "Paignton" in my satnav and set off. And the machine brought me to Torquay library. 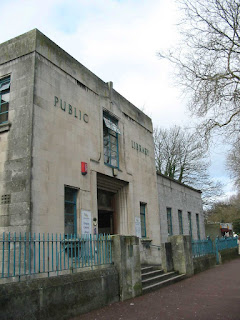 This wasn't working. I parked my car where I had an internet signal, and googled the postcode to Paignton library. Then I fed that to the satnav, and on I went. Finally I got to the right place. There I saw the car of some of my mates, but no living soul. And I had a message; they had enough people already. But I was here now anyway. I wasn't going home now; I had come this far. It had taken me 1.5 hrs to get there! I was as fed up as someone might be. Seeing some of my friends would soften the blow a bit. But where were they?

I didn't have the number of the guy who was coordinating this call-out, so I couldn't call him to ask what was going on. I called our rescue coordinator. No success. I called Dave. No success. I called our training coordinator. He said he was in a meeting in Lancashire, but he was willing to give me the number of the guy in charge. He did answer the phone; he said they were on the parking lot at the library. Eh, yes, so was I! But there were two, unconnected, parking lots around the library, and I had just picked the least favourable spot from which to spot them. When I figured where I should be, various dirty-looking rescuers were already walking back to their cars.Clearly, everybody was already leaving. At least I got to kiss our first aiders before they were off, and I may never see them again. 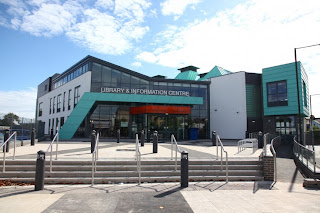 I found some people at their cars, among others Dave. He was hungry too. He wanted to have some food in Buckfastleigh, where he had to go first. I decided to go with him. But first I needed fuel.

There was a gas station nearby. Unfortunately, it was closed. The next was closed too. And the next. I was getting worried. What I could really do without was ending up on some rainy country road with an empty tank. I decided the gas stations on the main road would be open, so I aimed for the nearest one. Which, of course, was on the other side of the dual carriageway. Of course.

Getting fuel I realised I was already beyond Buckfastleigh. And I wasn't prepared to go back. So I rang Dave; I would go straight home. Which I did. It was already approaching midnight.

I went in. By now my bladder needed emptying. So I tended to it. And then the light went off. A blown fuse! Of course. It was clear; this was NOT my day. Resigned I flipped the switch again, ate something, and then failed to catch sleep because my stomach was full. What. A. Shit. Night.

I know you can't turn back time. This has happened, and there's nothing I can do about it. The best thing to do is to just shrug and smile. But I find it hard; I'm already worn out by unpleasant working conditions, job uncertainty, and moving-house-stress. So spending my second-last Friday night in the southwest not with friends, but on my own, driving around while I hate driving, in the rain, without radio (I hadn't wanted to waste time getting it), until very late, confused and under-informed, all for nothing, is more than I can do with a smile on my face. I hope this memory fades, while my better memories stay fresh.
Posted by Margot at 17:48