Last trip with the Cornish

The April trip with the Cornish had been cancelled. Would the May trip happen? Or would my goodbye from the Cornish Mine Exploration Club have to be called in hindsight, like what (almost) happened with my goodbye to DCRO? No it didn't! This trip worked out.

We'd visit a place I had been to before, but for some reason I can't recall I hardly blogged about it. This would be the chance to correct for that!

I made sure I had my radio (AND my iPod - some of these Cornish roads don't provide much by the way of radio signal, be it FM or DAB), and I drove the 1.5 hours to deep dark Cornwall. I was the last to arrive; four intrepid chaps were already getting kitted up. I later made the mistake of calling them rugged Cornishmen; it turned out that only one of them qualified as such, and the others were from London, Liverpool and Sheffield, respectively. I'm hardly more exotic than they are! And the Cornishman was new to the club. He was going to like it down there! 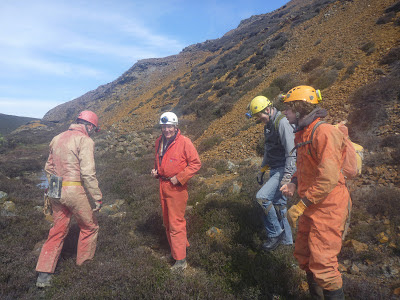 The small team (minus me)

We went in through an adit up the hill. We walked in some distance, until we came to a humongous rock that evidently had come down from the ceiling only recently. It was big! And there were more cracks in the ceiling. This entrance might not be usable for much longer! We quickly scurried past the dodgy bits. And soon we were in places I recognized. Soon we came to nice stoping. Roy, one of the chaps, said he had a proper tripod with him, that I could use, so I tried to capture the extensive space from it. Very nice!
Chris, the new guy, even managed to take some quite good pictures on his iPhone. Quite unlike me, he dares bring it underground! 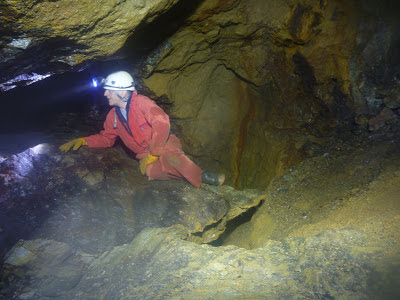 Roy on the large rock that had fallen from the ceiling 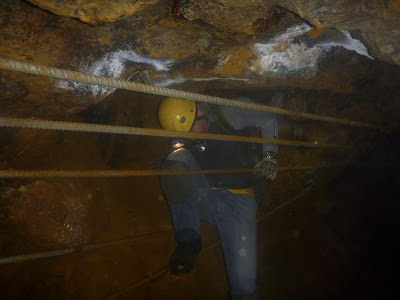 One of the obstacles on the way 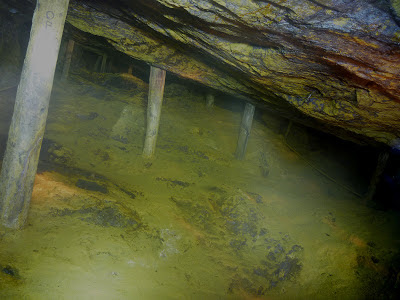 The stoping going on forever 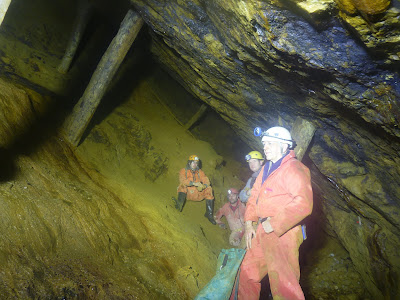 The men looking philosophically into space 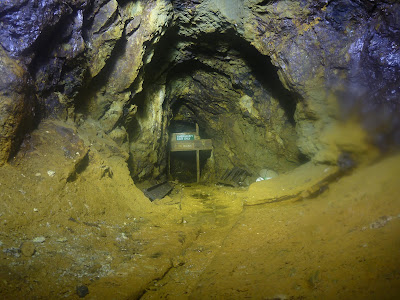 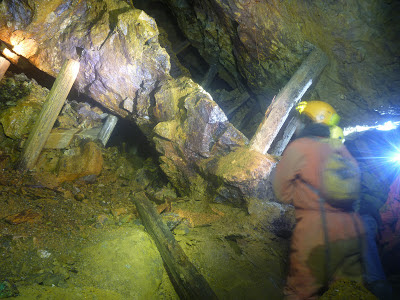 After more amazing stoping we came to an inclined shaft, with lots of infrastructure still in place. The men thought it dated back to the twenties! But it was still solid. We went up a bit. We could step off the ladder and the beams on the side, to explore some parts of the mine we hadn't seen before. And then, after some tea and lunch, we went out again, via another ladderway, which led to an unlocked door. Soon we were blinking into the bright daylight! 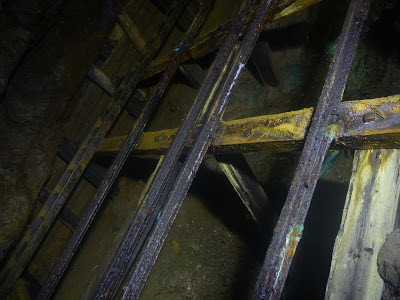 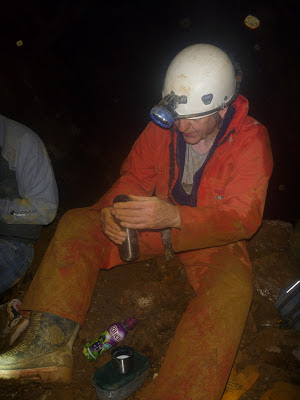 Roy is being very English: he brought tea, and brought the necessary milk separately!

While we were changing I said I supposed nobody would be going to the pub. "Did someone say pub?" Roy immediately asked. It was still early, so the men agreed on having a drink before we would go our separate ways. We enjoyed one in a sunny beer garden, and then it was time to say goodbye. Soon I'll be living about 7.5 hours away from places like this! Maybe I won't see them again, but I hope I do. And either way, I have tons and tons of memories of amazing caving trips to indulge in! Thanks, CMEC, I had a spiffing time with you! 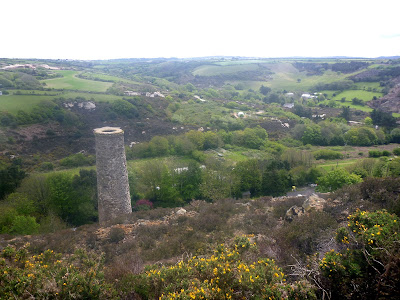