I had my data in Excel; both my own and that which had been produced by Tasha. I gathered it, processed it, ordered it, combined it with other data, and put it in C2. I then used that program to construct transfer functions, and make environmental reconstructions. Then the data went to SigmaPlot (which crashes all the time) for plotting (hence the name), and to Illustrator for polishing. From Illustrator I exported it as JPG or PNG and thus it went into PowerPoint. And then it was Sunday evening and I had worked enough for the weekend. But when I got home I realised I may have put in into a presentation, but hadn’t even had a good look at it.

Soon it was Wednesday, and we set off to the beautiful and history-laden city of York, in order to ignore it and immerse ourselves in science. Most of it more scrutinized than mine.

King’s Manor of the University of York held a conference called “All at Sea?”, dealing with many things coastal. Sea level change (aha!), coastal protection, coastal archaeology; the works. It was a small conference; only two days, 37 participants, 26 talks, and 6 posters. Lots of interesting stuff! One of the highlights for us was a talk on how compaction can influence sea level reconstructions. This is another one of these keeping us on our toes-talks, of which we also had a bunch in Bern. We also all enjoyed a talk on Antarctic sea level reconstruction. Can you imagine the fieldwork! 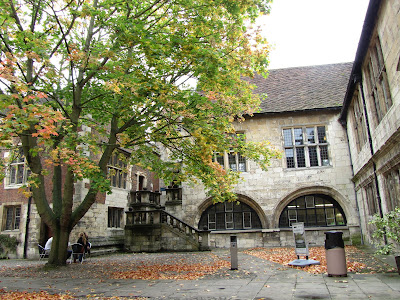 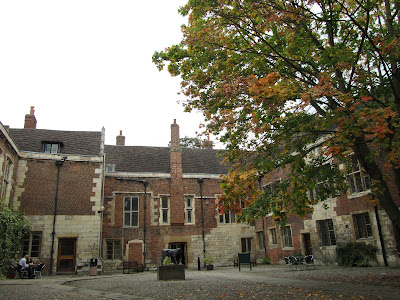 The conference was organised by both the universities of York and Durham, and therefore Antony and Tasha were there too. And as Durham and Plymouth are 7-ish hours apart we take every opportunity where we accidentally meet to have a project meeting. As we did this time. And it was a serious one. Going through my hurriedly made talk already took a while. And we’re behind. I can’t wait to get into the lab and get rid of the backlog. And on that note: this blog post is long enough. There’s more to do! 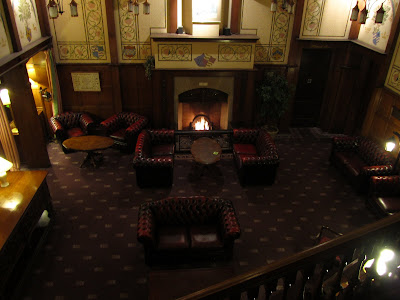 And this was my temporary home! Don't worry, taxpayers: it was quite cheap...
Posted by Margot at 08:54