Cave rescue in the news

I didn't realise I was involved in something this topical! True; in May one of our cave rescue practices turned into a real rescue, and in July there was a real proper call-out due to a bloke who broke his leg in Pridhamsleigh Cavern (which I could not respond to as I was in Switzerland), but that was in both cases something that just involved one victim who never was in a life-threatening situation. Both events were therefore only covered by local newspapers and concomitant websites. But today I just had a look at the BBC website to stay in touch with what happens in the world, and there was an article on an underground accident in Wales that was so serious it was on the front page. Seven guys and a coal mine, water coming from somewhere, three guys getting out but one in such a state he was rushed off to hospital, and the other four still trapped while I write this. Blimey! I hope they get the chaps out soon... 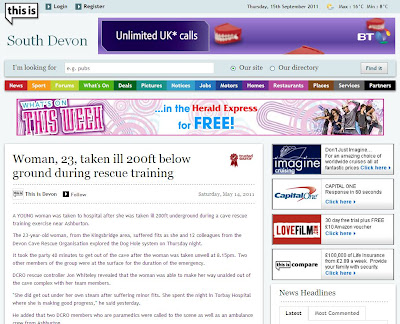 How thisissouthdevon.co.uk reported on the practice gone wrong (link in text above) 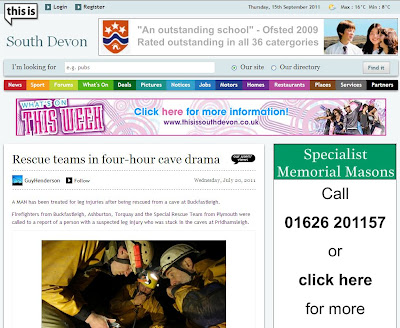 How thisissouthdevon.co.uk reported on the rescue of the chap with the broken leg (link in text above) 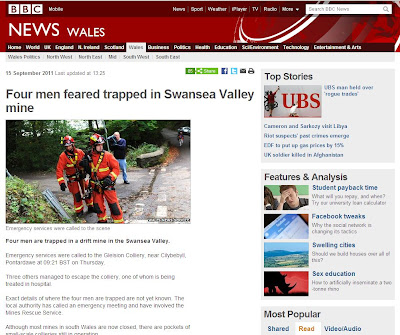 And the BBC on the case in Wales (link in text above)
PS By now they have all been found dead - a very sad outcome! I wish all bereaved lots of strength.
Posted by Margot at 19:47