Aren’t we easy to please? I like running, but I like running better if there’s people in reflective vests clapping and shouting encouragements at me. Last Saturday I ran about 10K after work. This Saturday too, but this time it was a race. I stumbled across it on internet, and figured this would be quite splendid. So close by I could go there on bicycle, a route through pretty park land, and starting at 6PM. What more do you want!

I had gotten distracted at home before leaving, so I was getting a bit nervous about making it in time, but I got to the table where they did registration, and beholding the scale of things I figured all was going to be OK. It was the first 10K race in this park, and it may not have made a name for itself. So I registered, paid, pinned the number to my shirt, locked my bike, dropped my bag under a tree (there were no facilities for luggage, strangely enough; maybe they figured everybody would come by car. How English), went to the lady’s room and was ready to go. 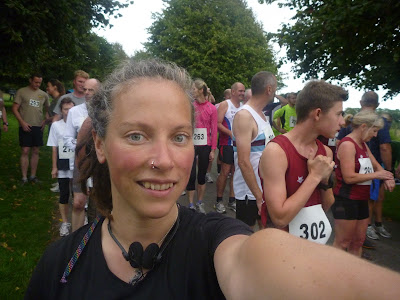 All fresh and chirpy at the start 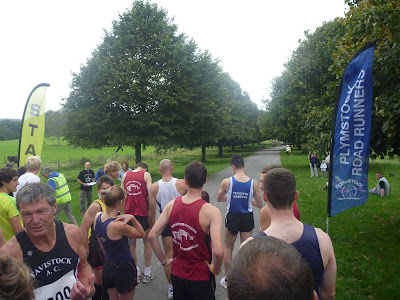 There were only ~80 runners, and the start was downhill, so very soon the runners were quite spread out. The route was nice, the weather good, and after a few kilometres I had found a nice rhythm. Not a very constant one; there were quite steep bits in the route, including a flight of stairs to go up, and some thunderous slopes down. But it was fun! And the marshals with the vests that showed the way were very encouraging. And such things make me happy, so at the finish I already got comments on my Cheshire cat smile all along the way… 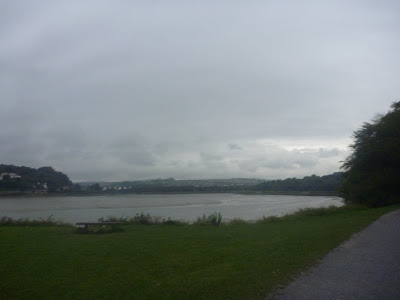 The forecast was rain. 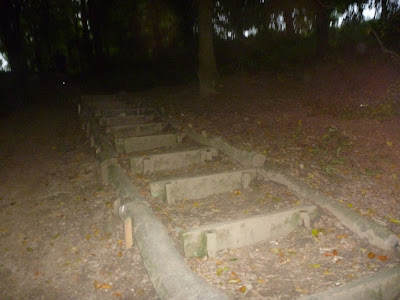 The steps along the route; not popular with everyone! 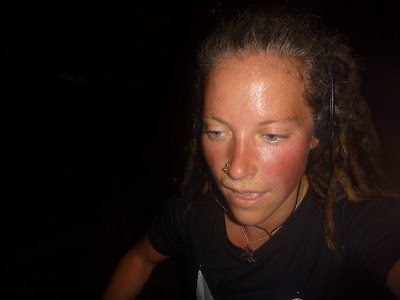 Me running up these stairs; looking quite sweaty by then... and my ponytail has disintegrated and my earphones won't stay in place. But who cares!
The route was two laps; I liked that, as the second time I knew what to expect. And they, quite unlike the Totnes 10K, had a sign every kilometre. (In Totnes they had one every mile! Tsk.) So I knew when I could run myself empty. The finish, like the start, was downhill, so I came hurtling down the last few hundred metres. And a few more; I was stamping so hard I lost my camera, and I had to run back to retrieve it. This was the second time that happened, but within sight of the finish it’s a bit more spectacular. And even with dropping it twice I was still 5 minutes faster than I had been in Totnes: 51.33! Not bad at all, if you ask me. I’m liking this! When’s the next race? 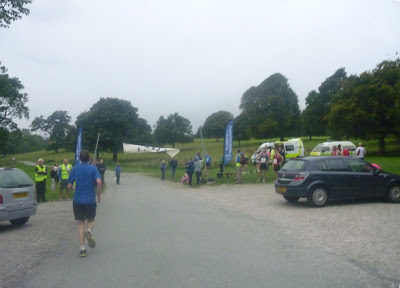 The finish! Even if that's unreadable... 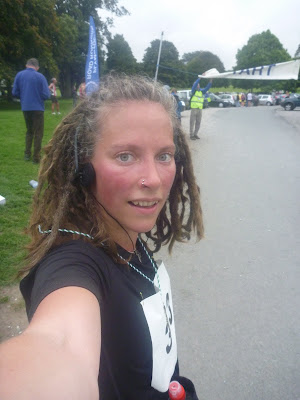 This is getting a familiar sight on this blog: me with a medal!
Posted by Margot at 11:11