Plus ça change, plus c'est la même chose. When the riots started in England they came unexpected, but in the aftermath of it all, when a nation was trying to come to terms with what happened, a sense of inevitability was felt. With the moral decline of the younger generation this was waiting to happen, wasn’t it? Never before had a generation been so sure of survival, and so dependent on material goods for a sense of identity and a purpose in life. The former could prevent one from making an effort, while the latter would fire up the desire to possess.

Is this true? I think in a way it is. I think it’s only been a few decades that whole generations, from the poorest to the richest, can grow up without having to be afraid of deprivation and starvation. And if you know you’ll have something to eat anyway, you can just as well create some trouble. If nobody will hire you because of your misbehaviour, you can just live off the state, right?

The desire for the material, and the perceived moral decline (I say perceived, not because I claim it’s not there, but because I don’t want to go too deep into it here), is probably something an older generation will always see in a younger one. Plus ça change… and I was reminded of just that when I, instead of running around downtown with a scarf over my face and kicking in windows of electronics shops, was quietly reading some Dostoyevsky. Where he describes society I don’t see late 19th century Russia, but London 2011… judge for yourself! 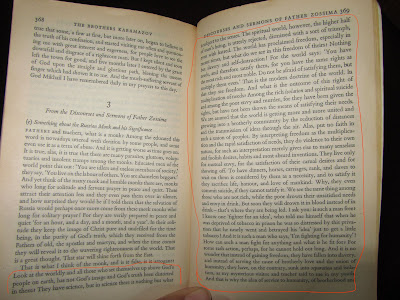 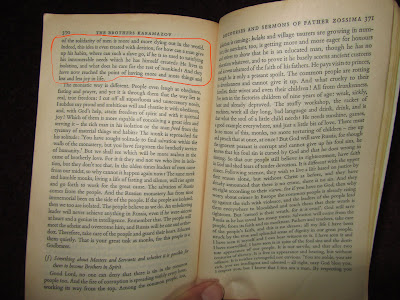 Wait till you hear the grand inquisitor speak about freedom!