Visit to the Netherlands: part III

Finally, reader, the reason for my trip to the Netherlands is revealed. My next stop in my itinerary was finally Amersfoort. My mum! She was supposed to get the key to her new apartment, the one above the present one, the next day, and I would help her move. After I had booked the tickets, though, it turned out she would get the keys much earlier, but she had assured me she still had enough for me to do. And through a beautifully calm evening I walked past the prettiest old buildings Amersfoort has to offer. And to top that up I got a phone call from Neil while having a view on these. 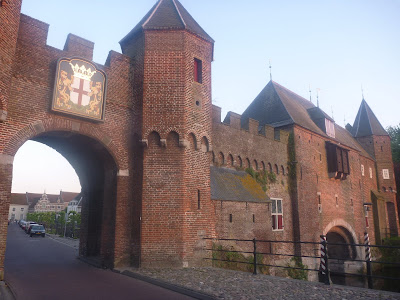 My mother let me into her new flat. Quite like the old one! But she had not only taken over the previous resident’s flat, but also her pets; two charming cats! That really changes things. So the evening ended on the couch, doing yet another session of catching up, but don’t think it got tiresome! 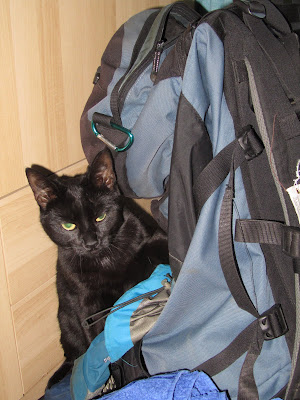 The next morning I could judge this flat indeed was much lighter. And then I was set to work. My mother isn’t that good anymore with working above her head, so I screwed several lamps into the ceiling. I also installed a mesh door. And then another helper arrived, and we moved up the pièce de résistance: the washing machine. I had mentally prepared for hauling the thing up the stairs, but that was naive; there is an elevator, though of course my mother doesn’t use it, unless in such rare occasions. And then it was done! We celebrated with a drink on the square. Though at some point it all got too relaxed for me, and I compulsively went for another run. I ran back to my old school, and beyond. Run down memory lane! 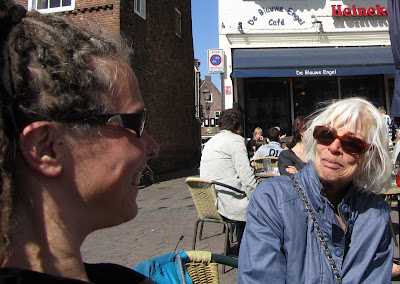 And we spent the rest of the time left to us with more catching up, more tea, beer with cheese, and more admiring the curtain-climbing cats. Splendid! I should do this more often. 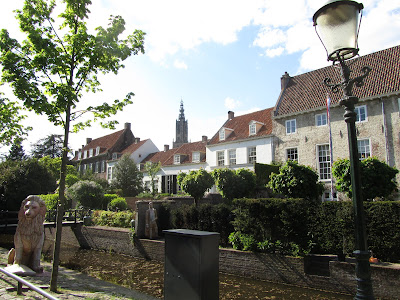