What we discard would be happily received as valuables by people of ages gone by. In this age of opulence and decadence we have become arrogant and wasteful! Or would it, in some regards, be the other way around?

What people of ages gone by have discarded has become antique. And thus desirable! And here in the southwest that which is discarded sometimes gets dumped in disused mines. And in one of them I had once come across a pile of rubbish containing pretty old bottles and the likes. Back then we were engaged in rescue training, so I didn't pay much attention, but there is no reason not to go back at some point and have a good rummage.

Scurrying around the mine in question I fairly soon came across the place where my somewhat hazy memory told me that dump was. And faced a recent collapse. Rats. Luckily, scurrying around in a mine is fun in its own right, and having some time for some underground photography is fun too, so it still was a great trip. 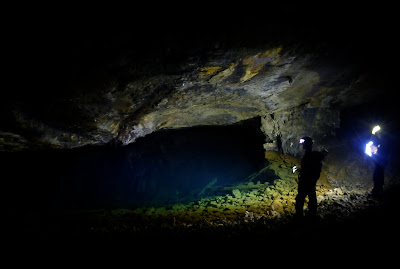 And when clambering out we found a subaerially exposed old dump after all... with splendid old crap! A flawless trip, after all! 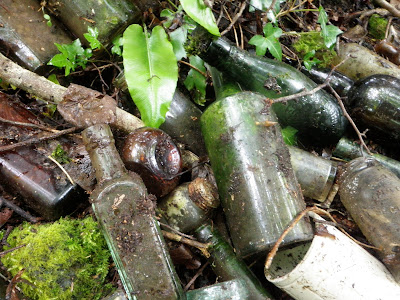