What is symmetrical is often perceived as being beautiful. People have shown that effect in human faces and bird's legs and whatnot, but it also applies to advice. A few blogposts ago I mentioned Rob is my first port of call when it comes to any situation in which I need that. And now I could return the favour! Rob had some camping stove issues and guessed I might have some skills in that field. And I had cheese and a bicycle. So a deal was quickly struck: I would sample my Dutch cheeses, bike past a petrol station for a bottle of fuel for the stove, and help him get the thing working, and in return he would make a meal around my cheese. A splendid configuration!

I sampled the cheese, and managed to tank a fuel bottle full without spilling more than a litre of petrol over my hands, and punctually arrived at Rob's. Where the door was locked and the phone wasn't answered. Oi!

I decided to leave the fuel in the window sill (no need to risk soaking my entire bag with petrol) and my locked bike on the veranda, and sit around the corner in the sun. With a book. I am prepared.

It worked out splendidly. I had hardly read a page when I heard a charming sound. A sheer beauty of a cat joined me, and wanted lots of fluffing through her fur. And how I obliged. I also had my camera with me; such beauty should go documented. But then the idyll broke. I heard a strange sound, and saw a scruffy man drag a bike along. My bike! Only minutes had passed! Just my luck. I jumped up and ran towards him, loudly shouting statements that indicated my claim on the ownership of that bike, and rejected any claim he might lay. It worked! He dropped the bike and ran. 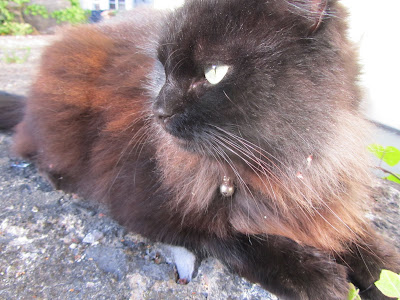 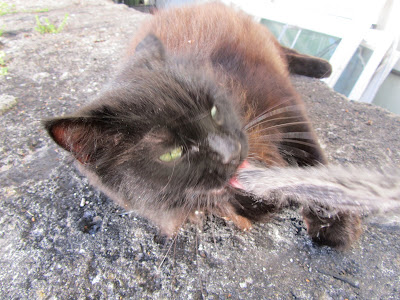 She would catch the strap of the camera when I tried to take a picture...
I returned to my prolific flirtations, but not for long; Rob phoned! He had planned to run back home, but had acquired cramp in both calves, and had therefore been late. But he'd made it; all was now well. And then the evening unfolded without incident; we got the stove running so quickly I didn't even take pictures of the arson part of the evening, and Rob (of course!) produced an amazing meal. And a good glass of wine. There's beauty in the symmetry of helping each other out, and if that process even gets adorned with feline charm and gastronomic bliss, it's even better! 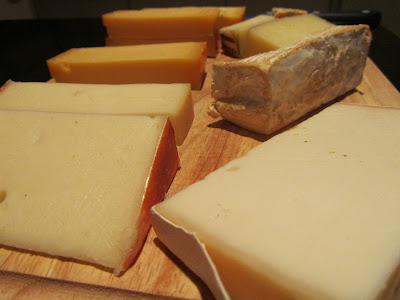 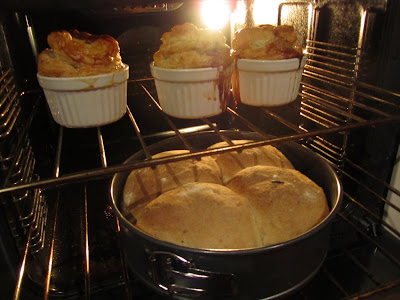 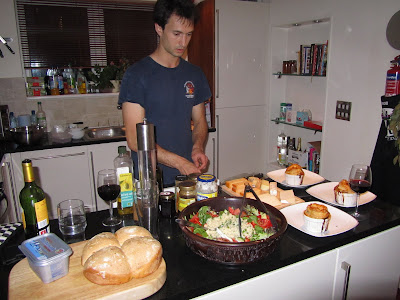