It's a bit like Christmas! If you're quite a nerd. In the new semester, I would be teaching a module I had never taught before. It required preparing a practical and student presentations, but also a fair number of lectures. James had left me 11 PowerPoint files. And opening them one by one to see what I would be supposed to teach is something I find exciting.

James had 11 lectures but I already think I will need twelve. One of the lectures was called 'physical properties' and then the lecture hardly mentioned those. Maybe when James made that lecture, the methods were not as widely used. It probably was a while ago! I think they are important, so I inserted a lot about them. But that left all the tangential stuff that was in there originally. I think that needs a lecture of its own!

The series is very interesting, with topics such as micropalaeontology, dating, stable isotopes, biomarkers and sea level. Interesting stuff! And mostly familiar. Still it is a lot of work to get a series like that brought up to date. James lectures tend to be full of grainy pictures from the eighties and maps and graphs without any reference or explanation. A lot of work, but at least it's fun! 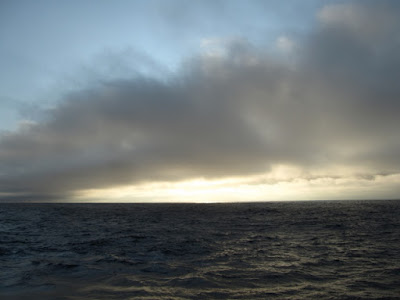