On Sunday I was a bit tired, and I had chores to do, but I decided that the day was so beautiful I would combine this with a short walk. I wanted to drop off my old bike at Halfords as they have some charity scheme with old bikes, so I was driving anyway, and I decided to drive on to Bethesda to have a small walk. I went up the hill on the northeastern side of Nant Ffrancon. The view was lovely! I even bumped into an old and tiny iron mine. It was the shortest of walks but it recharged me! And I decided to soon come back and walk further. I like Nant Ffrancon!

On the way back I also had a look at the ruins of the hospital of Penrhyn Quarry; I trust they needed one. Slate quarrying is dangerous work! And I had had no idea it was even there... 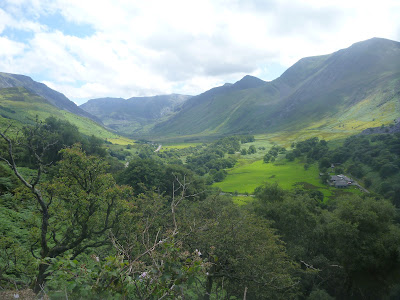 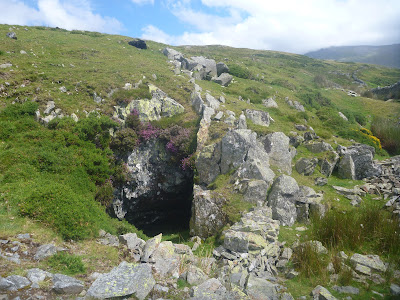 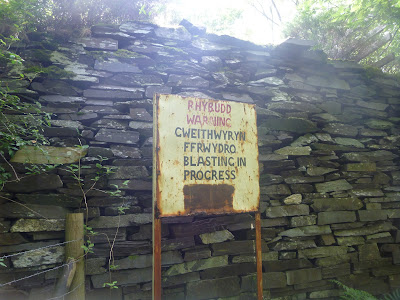 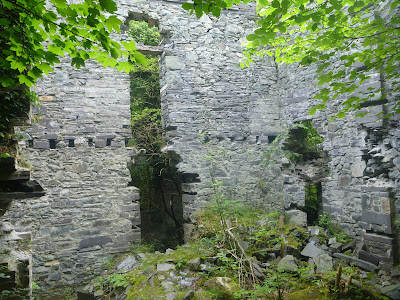 The ruined hospital
Posted by Margot at 13:22