Last week I'd been running in the dunes. They were so beautiful and nice running terrain I decided to go back and do more of it. I like these dunes as they don't have much of the very unpleasant European beachgrass; this cuts your skin as you run through. (The Aberffraw dunes have more of it, although I failed to moan about it in my blogpost about it.) And this dune field has many horses, and they make endlessly many small paths criss-crossing the place. Very nice! And you can't get lost; you can just climb a dune and then you see where you are. And this week the weather was great again! I had a very nice run. Even saw a big fox in broad daylight, but he was too quick to be photographed! 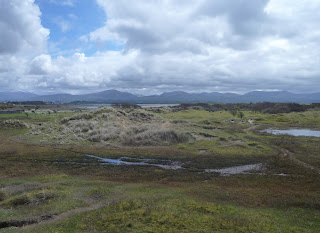 The dunes, with their criss-crossing paths, and Snowdonia looming on the other side of the Strait 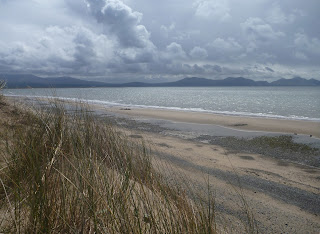 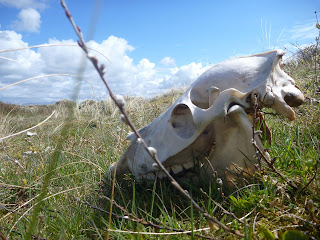 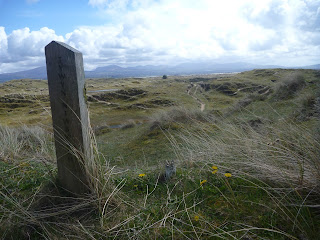 Two of the paths are made by humans, and marked by posts 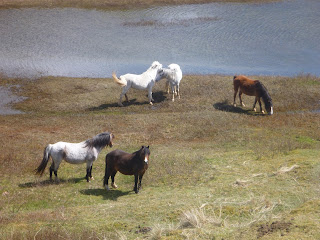 Some of the horses that make the paths 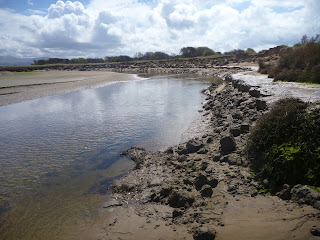 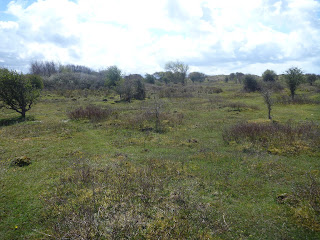 The more inland part of the dunes 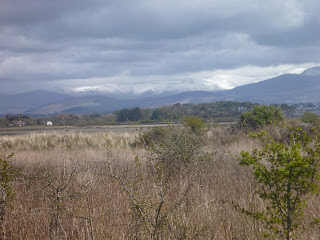 Snow on the mountains while I ran in my T-shirt!
Posted by Margot at 09:17