Election here and there

Why do these Brits always have their elections on Thursday? By sheer coincidence this time elections fell on a Thursday on which I wouldn't drive to work for mining reasons, but that was exceptional. It did have the advantage of me biking to the polling station though. A meagre advantage!

Anyway; I got to vote four votes for the price of one; we were voting for the Welsh Assembly and the Police and Crime Commissioner. The former is a bit of a strange procedure; the Welsh somehow manage to AND have an assembly member representing every constituency, AND proportional representation. They do that by giving you two votes; one for your constituency and one for the whole region (North Wales in my case). I'm not sure how they do it but with these two votes they seem to be able to get the best of both systems. One day I should figure out how, and if it indeed is properly proportional! 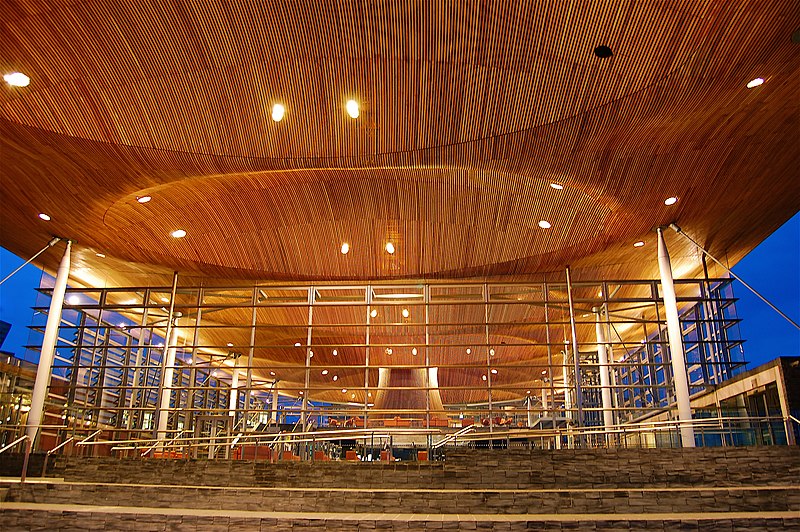 The other two votes were for the PCC: you could give your first and second preference. Four crosses! Very satisfying. But even though I voted in quadruplicate for North Welsh matters, my thoughts lingered in London; there, the mayoral elections were between what seemed to be a thoroughly decent chap and an overpriviliged toff who had opened all registers of racism, prejudice, and fear-mongering in order to win. That just seemed more black and white than the Assembly, which would undoubtedly be filled with quite some Labour and Plaid, not too different from the last time.

And it happened thus: Anglesey is still in the hands of Plaid Cymru for the Assembly, while Labour still is the biggest party overall. A bit disconcerting were the seven UKIP seats. The new PCC is again a Plaid Cymu man. But the more exciting outcome: Sadiq Khan won the London mayoral election! Yay!

Wales has a mixed member electoral system, see here: https://en.wikipedia.org/wiki/Mixed-member_proportional_representation. Basically such systems run thusly: voters have 2 votes, 1 for who they'd like to represent their constituency (as a person - regardless of party affiliation) and 1 for a political party. For the constituency votes there's a first-past-the-post system: whoever gets the most votes in a district is the district representative and gets elected directly (regardless of his position on any party list). So all parties acquire the seats in the assembly for which their candidate got the most constituency votes in their constituency. Secondly, the party votes are counted, and seats are awarded proportionally (like in the Netherlands). If a party has more votes proportionally than it has directly elected candidates, it gets the appropriate number of extra seats. If a party has more directly elected candidates than it has votes proportionally (which can happen with parties who have a very strong basis in only a few districts but don't have a lot of support in the general population), they get to keep the seats won by the directly elected candidates, but usually the other parties who have captured a larger proportion of the votes get awarded extra seats according to these proportions - this restores the balance. But I don't know if that happens a lot - in Germany, which pioneered this kind of system and still votes this way, this situation is quite rare. But this is why German parliaments tend to have a bit of room left over in their meeting halls - it's so extra seats can literally be added in case it is necessary.

Blimey, that was quick! Thanks. It's a weird system but it looks like it actually DOES have the best of both...