I may have got away with climbing while not quite healthy, but going underground is an entirely different matter. That tends to not bring you home before midnight. And the trip we had in mind for this week sounded lovely, but also lengthy. We had some scaff pipes to lug around! I decided, with pain in my heart, to pull out. I suspected our late night last week had contributed to me getting ill in the first place. I can't cope with lack of sleep!

I wasn't the only one who couldn't come; Mick was off organising an air show, Llion was home with a sick child, Jay was on night shift, etc etc. It was unfortunate so many people were not there when hard work needed to be done, but it looked like all really had unavoidable reasons. The four who did show up were probably a bit bitter about being with so few; they were perhaps less convinced of the reasons offered. There was some so-called "banter" going on by email, in which work-shyness was suggested, which made me grumpy. Yes I'm not there to do hard work, do you really want to rub it in? I think I wasn't the only one feeling like that; Jay and Mick also piped up. They would swap any chance given.

Later I worked a bit later than normal, did some food shopping, and went home. After dinner I popped out briefly to chase a lovely sunset. Then I did what I figured would be the proper thing to do: read about Cwm, the mine the others were in. And I was in bed at a reasonable time! A Facebook post I found the next day suggested the others hadn't been home before 2AM; I had clearly made the right decision.

The next morning it also became clear the men had done splendid work; however, the reports came again with implied martyrdom. They had shifted the scaff a lot further than I had expected, but not an inch further than they themselves wished; there was no pressure on them to bring them to any specific location. So I was grumpy again. Don't come moaning to me about the decisions you make yourself!

So although I figured I had made the right decision I was left to contemplate why this situation got to me so much. Is it Calvinist work ethic, that makes you feel awful when you are not working hard, no matter what? Am I secretly scared people think I'm really shirking? Can I just not bear it if the others get all the fun? I am fine with not liking people complaining about what they brought onto themselves, but what was likely to be a misjudged joke rather than a passive-aggressive accusation should not bother me this much. I have to work on this! But first I had to work on my health. The early night did its thing and the next morning I did my first run since the dunes. Two runs missed! But I'm back in fighting form. That will first come in handy during the next outdoor climb, and then at the next underground trip. I will be back! There may not be any more scaff to move but I trust we'll do something worthwhile... 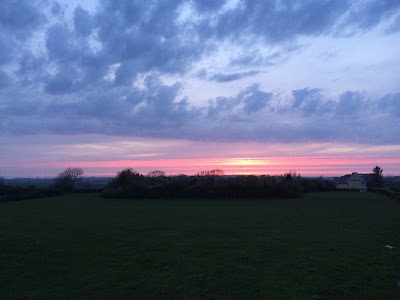 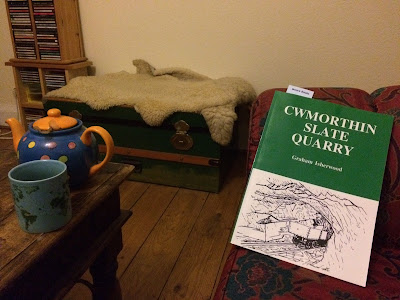 My couch caving session
Posted by Margot at 08:43