One thing leads to another. One day you are joining a sea level-themed field trip in the Dee estuary, simply because you're a sea level scientist. This trip comes with lunch; while enjoying this you chat with an amiable man on the other side of the table. Then you move to Bangor, and do work that relates to sea level in a more indirect way. But you want to stay in touch; when another sea level meeting in Liverpool appears on the horizon you visit that too. And bump into the same amiable man. Who is interested to hear of your move; he has historic sea level data from that region! Maybe if that is combined with some new pressure transducer data something interesting will come out. Would I know someone who has can make that happen? Well yes, we have a chap working at the applied side of science (in SEACAMS) who did his PhD on local sea level, and now makes a living doing all sorts of projects that require chucking instruments into the sea, and things like that. I brought them into contact.

Then David Pugh, who is the amiable man in question, visited to talk things through. I brought James along. David showed us what data he has, and what he knows of the benchmarks with respect to which the historical data were measured. These would be the essence of any project we would make of this idea! We decided to go look for them the next month. And advertise the project as a MSc project. The ball is rolling! And it's nice to still be in touch with current sea level science! And having a scamper around the beautiful surroundings looking for Victorian (or older) benchmarks will be a lot of fun! 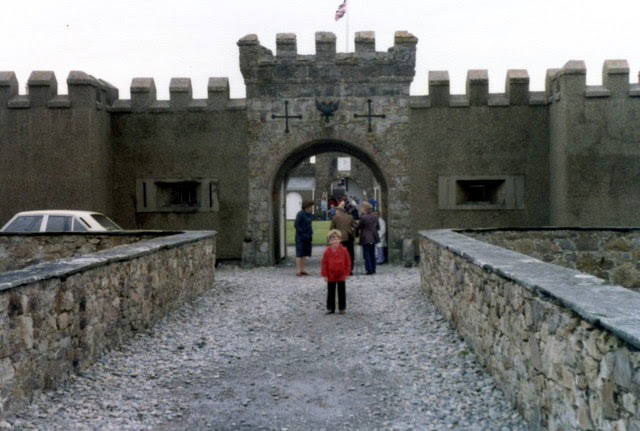 The entrance to Fort Belan, which should have a benchmark somewhere