Into the field again

My first semester here at Bangor university was dominated by Ice and Oceans, the module for which I had the final responsibility, and for which I had to give 11 lectures, go on one field trip, and mark field trip reports, desktop studies and essays by the students. A lot of work! This semester I only have a science communications module, for which I have to mark student essays and presentations; I have one dissertation student, and I have five lectures and two field trips with the Earth, Climate and Evolution module. All the lectures had been given, and in March we had gone to the beach. Now it was time to bring the students into the mountains!

The university had reserved two coaches for it. One for certain, and one for back-up in case many students would show up. Well, they didn't; we had about half of them. The second driver could go home! And we drove off. The forecast was not so good, but we drove to Ogwen Cottage in rather nice weather. When we got there we each took five students and were off.

I had heard James do this trip, but he pours a veritable wealth of information over the students, and I had had to revise a bit to keep up. But I felt ready! I hope I made them see some of the beauty of this area. If you know what to look for you can see so much Earth history in this small region! The calm sedimentation in the Cambrian, which had provided the muds that are now the famous Welsh slate; the vanishing of the Iapetus ocean, which made the muds turn to slate and which caused the explosive volcanism that provided the local rhyolites and ignimbrites; the last Ice Age which has sculpted the amazing U-shaped valleys of Snowdonia, and the last glacial hiccup: the Younger Dryas, which has festooned the little valley with moraines. I hope some of this indeed inspired the students. It isn't always easy to tell! 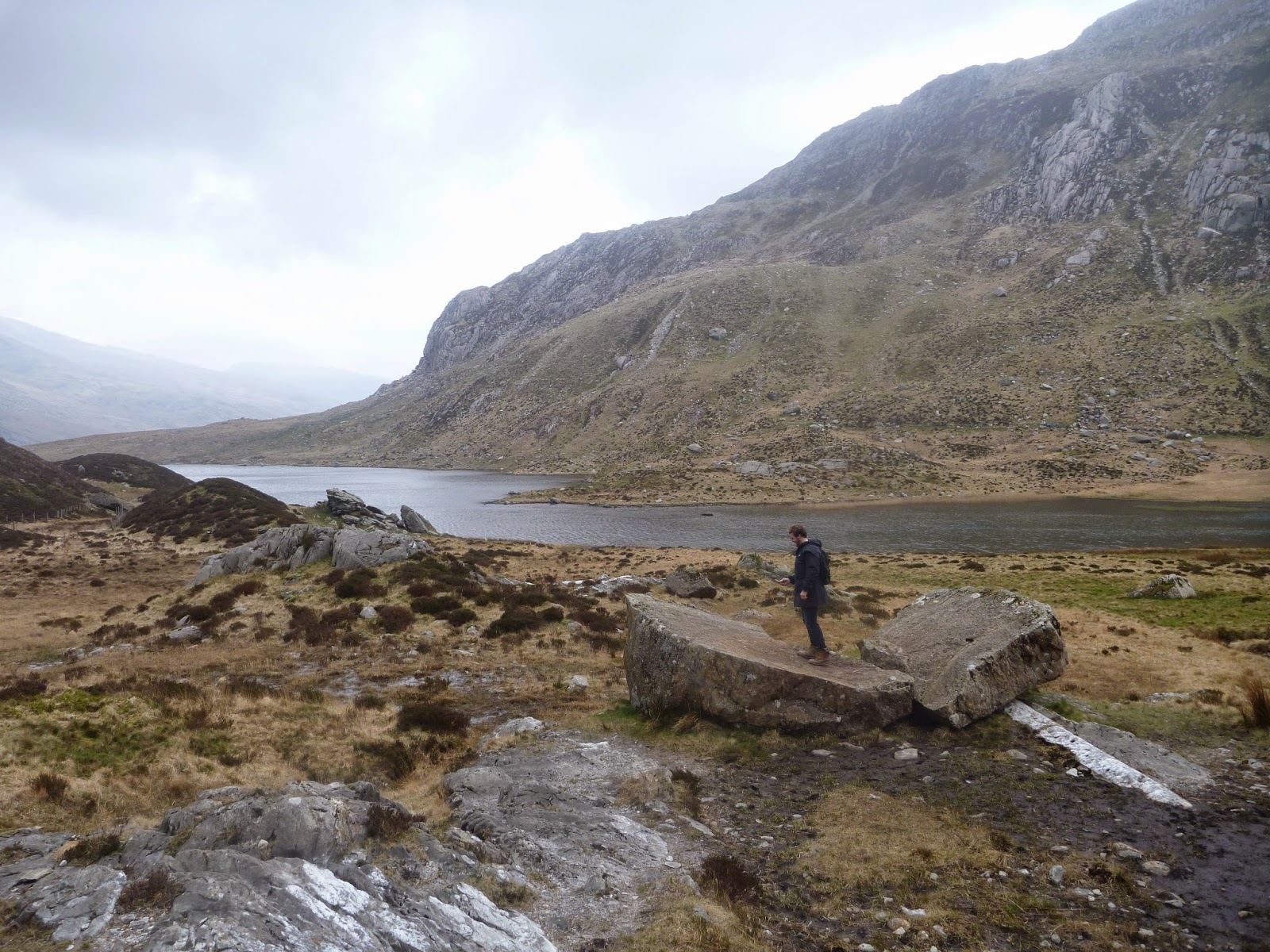 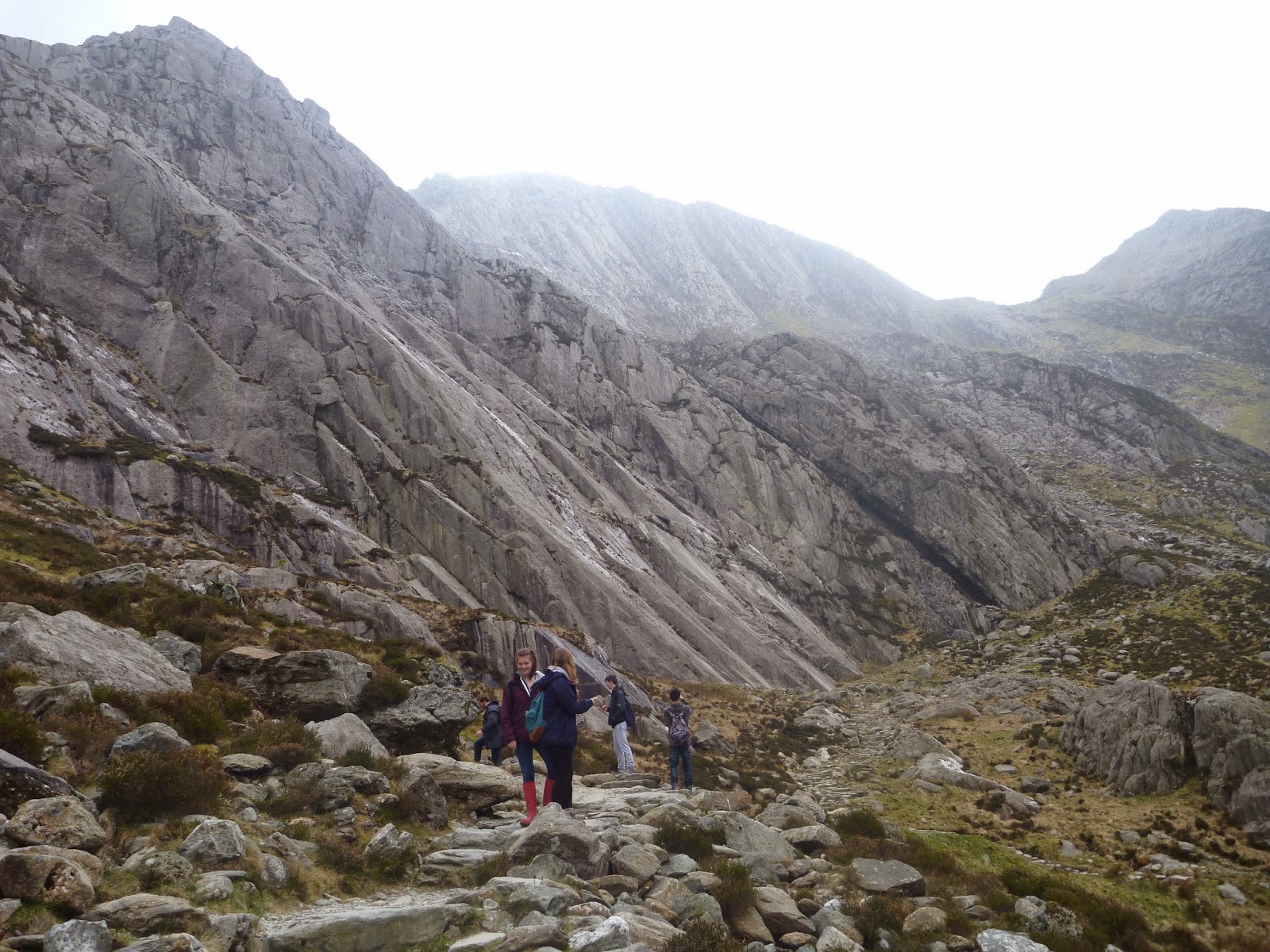 "My" five students in front of the Idwal Slabs 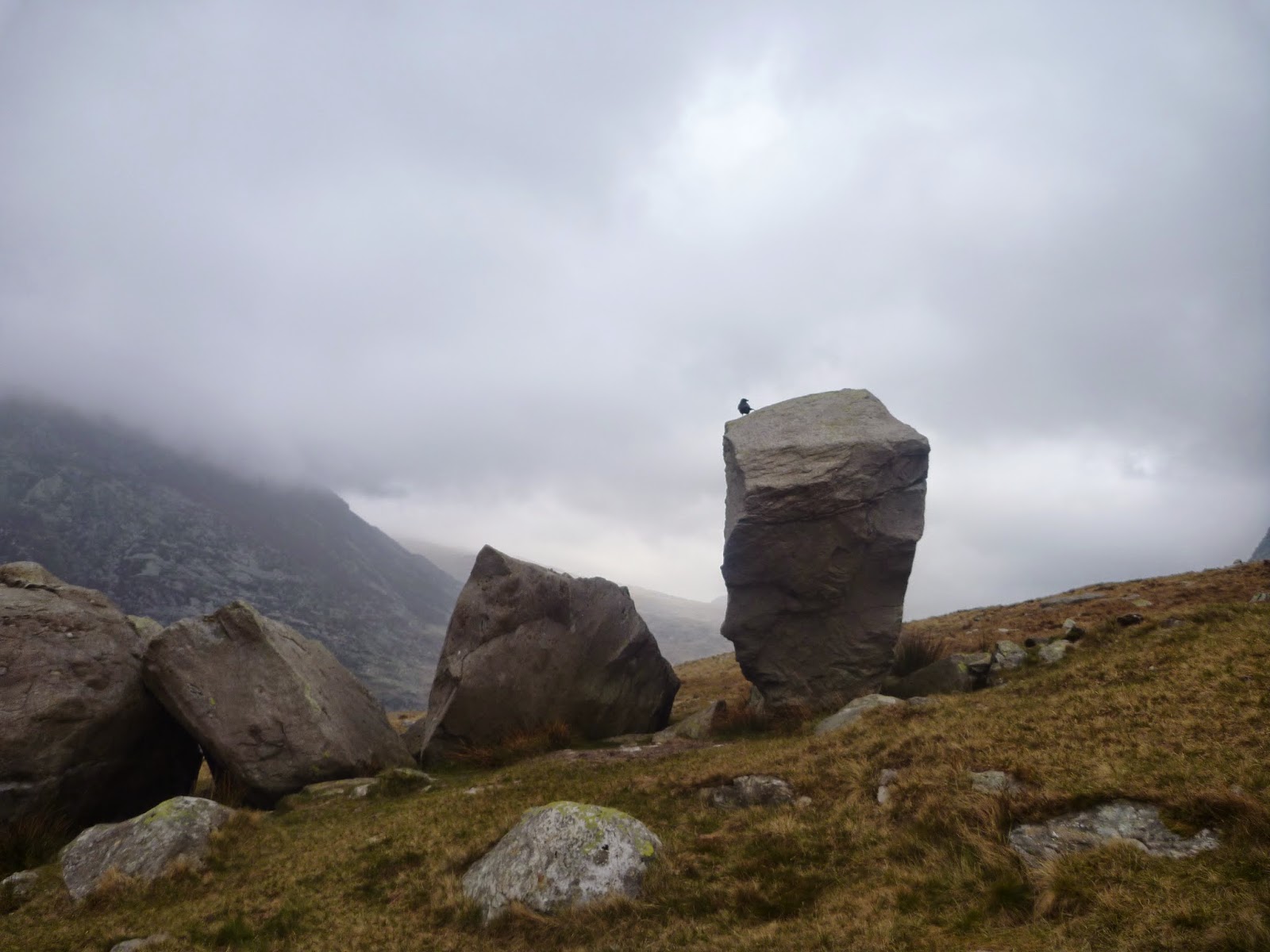 We were back at the buses at 11.30 sharp, as we should have been. So were the groups of Catriona, the PhD student, and Jess, the lab technician. But where were Suzie (a lecturer), Colin and James (both professors) with their students? These senior folks mock the concept of punctuality. Suzie and Colin appeared after a few minutes. Where was James? When he finally appeared, it turned out that he thought the bus would leave at 12, instead of being expected to arrive in Bangor at 12. Oh dear! But it seemed the students didn't have anything scheduled right after the field trip so it was OK.

This is the last fieldwork I do with the students until we go back to South Wales in June. Maybe I get to do this trip again next year; I want to get an additional teaching qualification, and well, I'll need to teach for that! And why not do that in beautiful Snowdonia?
Posted by Margot at 11:41