Nothing is going on! The last message posted here dealt with cameras breaking and being repaired. And that was it then. It's five days since I posted it, and seven days since the events actually took place. Did nothing worth mentioning happen since? Not quite!

I have been preparing the teaching I'll have to do after summer. I have been preparing the cruise that comes before that. I've revised the manuscript we've been trying to get published for ages. The last update on this blog was that it was sent to Climate Dynamics. They did send it out for review, but rejected it after that anyway. We then sent it to Quaternary Science Reviews, who sent it out to review, and as it happens, they sent it to the same person that had rejected it earlier on, and he or she still didn't like it, even though we had largely addressed the issues raised. You may argue that one should address it all, but I disagree; reviewers are flawed, after all, and sometimes they just have the wrong side of the stick. So we got it back again, with lots of comments! I dealt with them (except some things my co-authors have to help me with, such as explanations of methods they've used) and sent it back to my co-authors to see if they have any further feedback. I hope it can be sent back soon. And that it finally gets accepted somewhere!

And then the student fieldwork in Laugharne is upon us. It'll be quite like a blend of the Ireland fieldwork I participated in and the practical course I taught back in my Plymouth days. It does not need much preparation; I'll basically be showing the students how to take surface samples and fossil samples for foraminifera analysis, and then the analysis itself. Done that to death! Should be a breeze. But it does take me away from my office for almost two weeks. And that will make any work on teaching or manuscripts or cruise preparation a lot harder! It will be long days anyway, and I won't have a desk, and I don't know about wifi. So it's a busy time! And hence I didn't blog much. 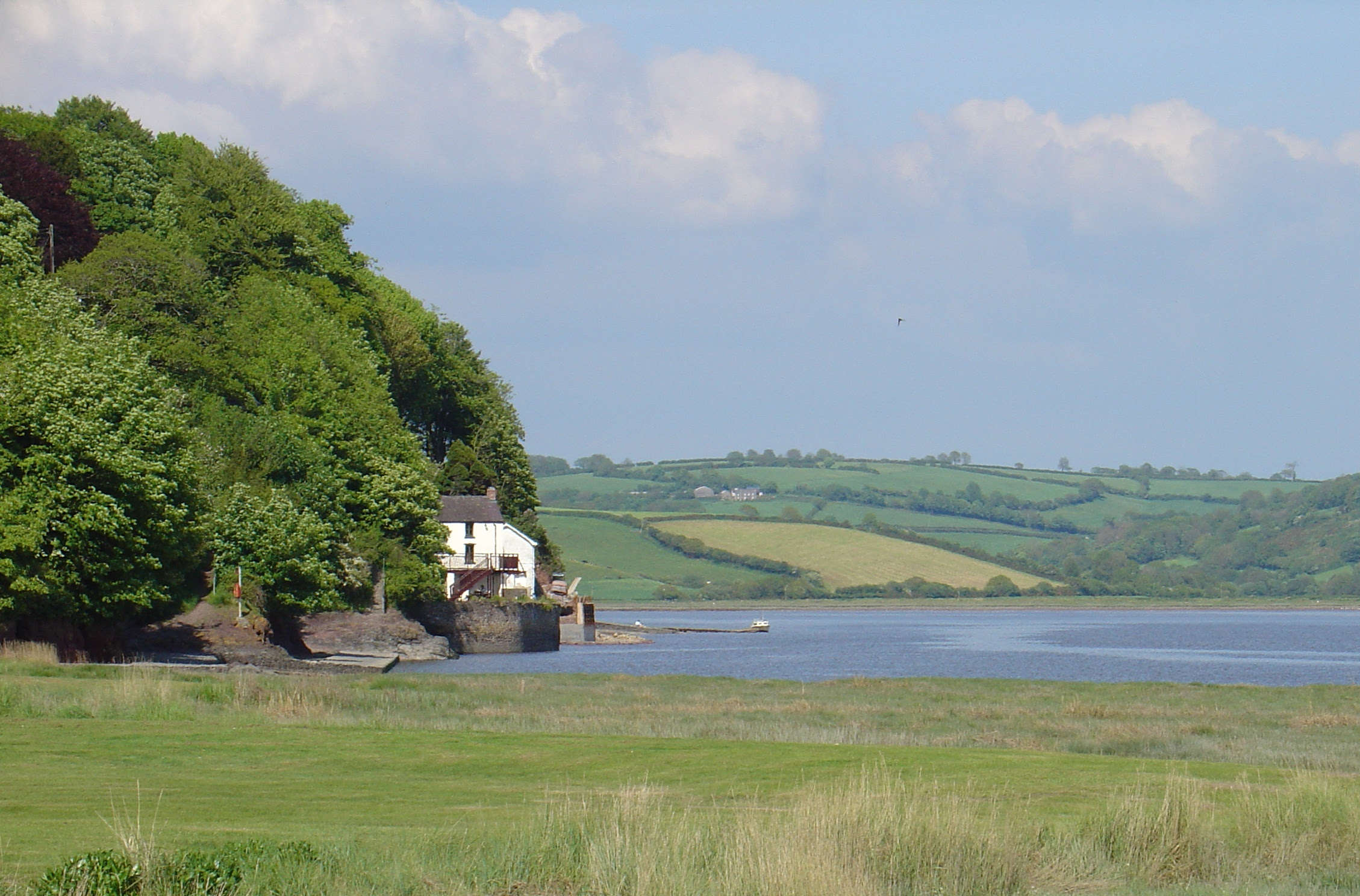 The house where Dylan Thomas lived in Laugharne

Did I do anything other than work? Yes, I supported my office mate in a pub quiz, and I went underground twice. I'll have to write about that later! It's bedtime now. And I have to stay fresh for all that stuff that is upon me! There are only two weeks between Laugharne and the cruise. Oh dear!
Posted by Margot at 22:44