From given up to spic & span

My bike had spent days and days at bike repair workshops. For adjustment of the gears. And later for the big problem with the rear wheel falling out. It had been given up, but I refused to accept that. And had got it back on the road! But on that road, soon the gears started flagging again. I decided to bring it to the proper bike shop in town. And that's a bit of a hassle; it's a long walk, the buses are confusing, and it's in the middle of town, hard to readch by car. And way too far, and behind way too steep hills, to be able to bike there with two bikes. An unfortunate side effect of living in a small town! Nor local repair shop. But I am willing to make efforts for my bikes. So on a day I wanted to go to the library in town, in order to get some books to help me prepare for my teaching load, I went on the black bike, and after having acquired the plethora of knowledge I had sought, brought my bike in.

They took one look at it and said "it's not worth it". I pointed out that although they had a keen eye for the technical state and financial value of the vehicle, they were unable to make a reliable estimate of its emotional value. I wante dit repaired. They warned it would need new derailleurs, new cog wheels, and a new chain. Pretty much everything that moves except the wheels! But I said I wanted that done. That would get the bike ready for the next ten years! And I was aware of the risk of pumping such money into a bike that had been given up on on the base of its frame, but I trust I'll be able to keep on top of the frame issue. And now I have a smooth riding bike again! I think it now is in better shape than ever. Better than when I crossed Denmark on it. Or when I biked through Slovakia with it. Or when I went from Biarritz to San Sebastian... 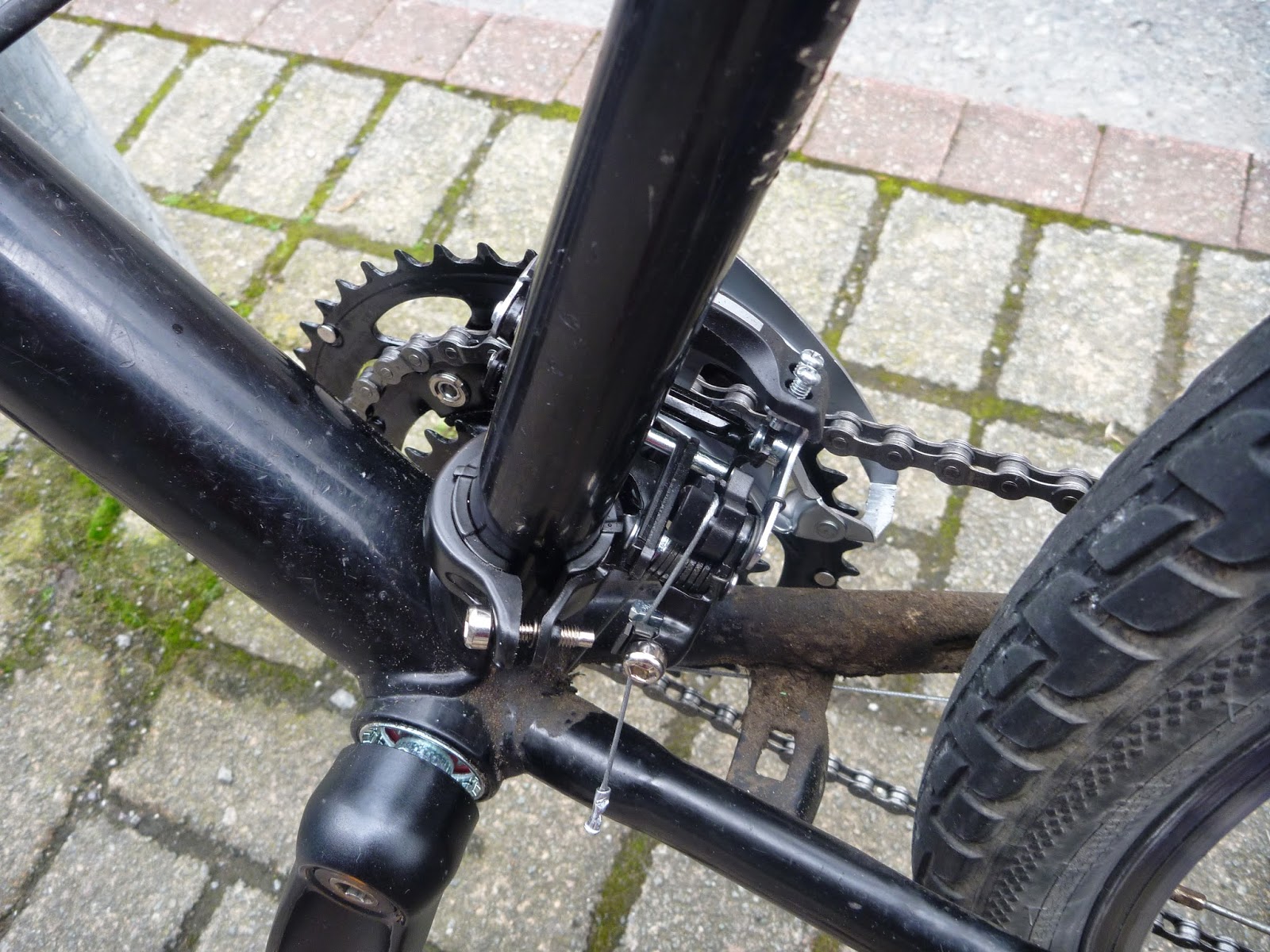 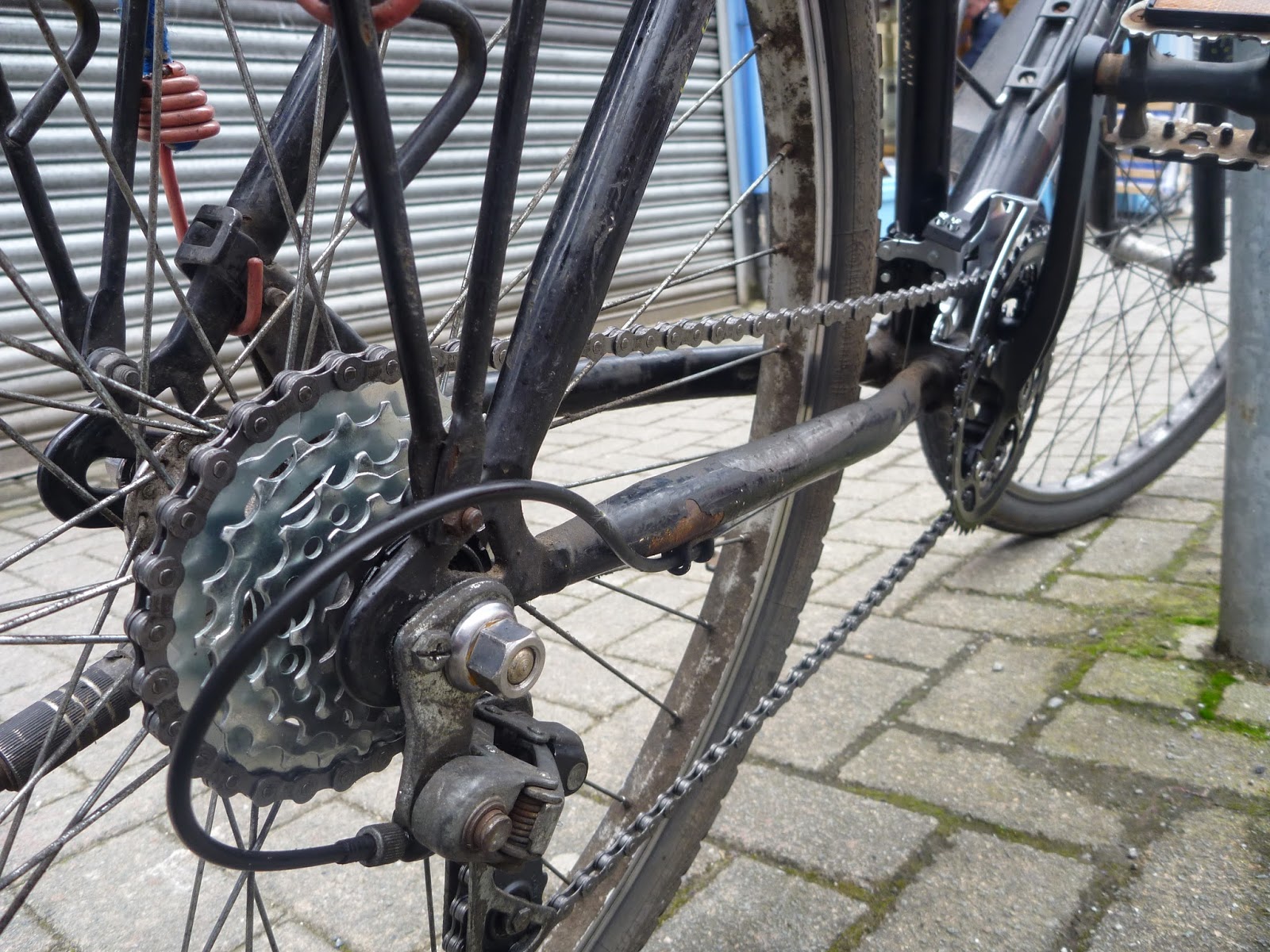 Look at all these new, shiny, clean parts on my old bike!
Posted by Margot at 09:03