I was enjoying the fieldwork more and more. Once you've done the spiel of the things you say in the field and the lab a few times, it comes out a bit more easy and free-flowing, and there is more space for adding some nice snippets born out of your own experience. And they are long days; the time I started moved (due to the tide) from 4:45 to 8:30, and finishing time moved from 7PM to 9PM. But the students were all a pleasure to have around, and most were reasonably happy picking out sand-sized dead creatures for hours on end. And the few hours I would spend with the other staff would be really enjoyable too. And I even had a day off, but I was so zonked I didn't do much more than washing some clothes, entering all the data into excel, going for a run, and sleeping most of the afternoon. But I think I needed that! And after that nap I felt better, and I would stay rather fresh the rest of the time. So I was really warming to it! 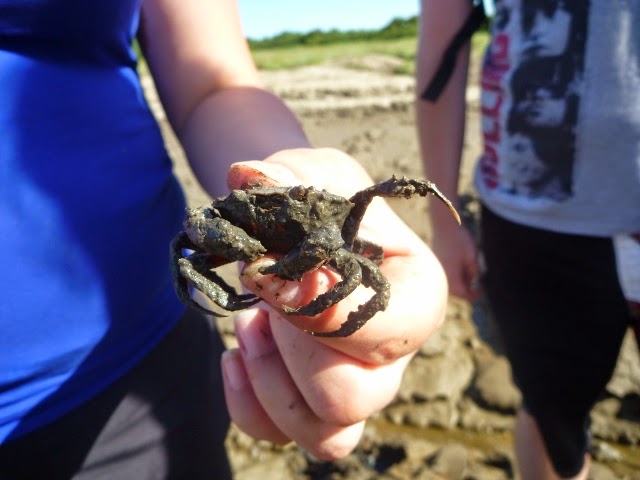 In the field with the students. Here a marine biologist is about to teach me to distinguish between male and female crabs!

I was warming in other ways too: finding out where int he environment your modern forams live is quite nice in itself, but only becomes properly relevant when you use that information to apply it to the fossil record. But then you first have to core that fossil record up. And on the Monday, that was exactly what we did! So that was my day off from the lab, and finally got some sun on my skin. It had been veritable summer weather the entire fieldwork, but I had pretty much always been inside at least between 12 and 7. 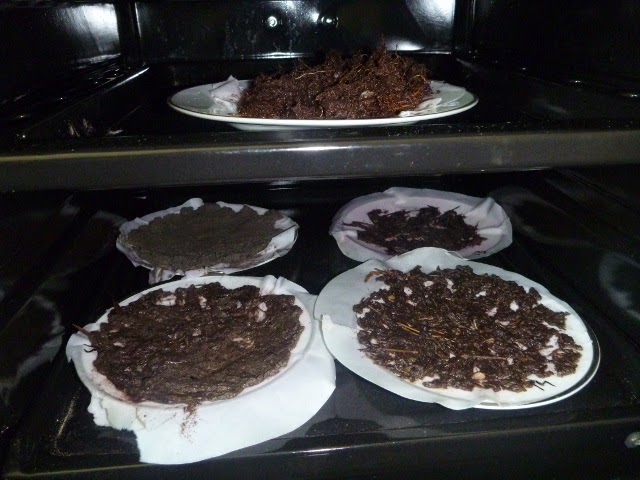 Samples in the oven, drying out for dry sieving and dry picking!

My task on coring day, beside liberally applying sun cream, was to supervise the students describing the core. It was a slightly hybrid exercise; in the 1st year, the students learn core description the old-fashioned way, with drawing a column that represents the sediment, with all the official notation for the various lithologies and all that. I refuse to make them do that in the age of photography of the actual core, and software to draw up the columns. I NEVER make such a drawing in the field. And I use some sort of coding that is widely used in the geography community, but the staff didn't want to confuse the students with that. So the result might have been a bit ambivalent! But they'll be fine.

There were some other issues; two or three core catchers breaking, and one ball bearing of the jacking system falling apart, which inspired a bit of lying in the sun waiting for the problem to be fixed and the coring to resume. We cored two locations, and the students did geophysical measurements on the subsurface in between; later they'd join the whole shebang up. A nice day! 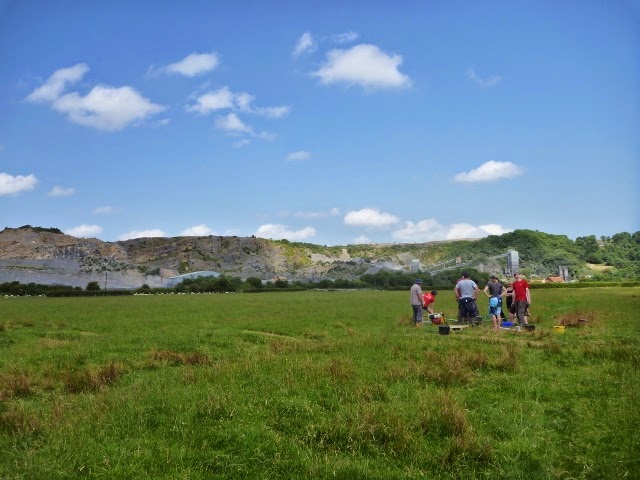 Students jacking a core barrel out of the ground, with a nice quarry as the backdrop 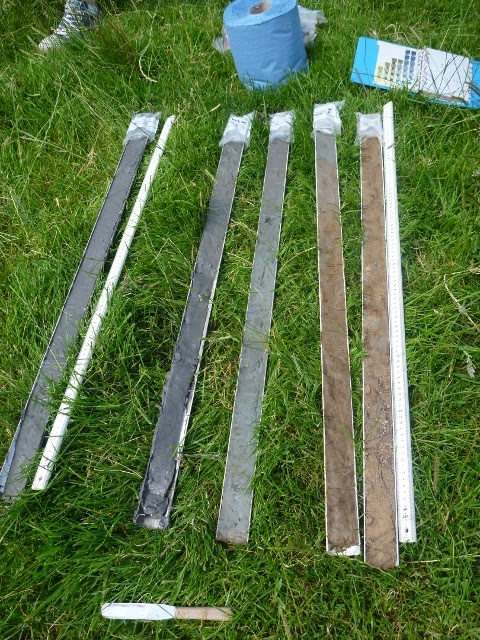 I had been afraid we'd have to work until after dinner many times, but that fear was unfounded. It happened one day, but that day we had dinner early, so I just popped out of the lab between 18:30 and 19:00, and we were still done at a reasonable hour. And I started to push the starting hour back; if you can be in the field an hour before low tide, how about two hours? Or three? And it turned out to be quite alright, so when dinner time returned to its normal position (~20:30) I was always ready in the lab by that time. Excellent!

And then the last day came and went. Every bit of kit the students were done with was immediately cleaned and put away. Before dinner my entire lab was packed up! That was nice. There was a bit of a hoo-ha that evening due to a student feeling unwell, but otherwise all went well. And the next day we packed up our personal stuff and cleaned out the chalets, and that was the end of the fieldwork! I had had a great time. And I think the students did too; just before we left they got asll of the staff that wasn't already gone together, spoke words of appreciation, and gave us a card, a box of beer, and flowers for Suzie. Such sweethearts! I think I'll be involved in a practical course in autumn, with a fair number of the same students. I look forward to that!

I did feel like I had been thrown into the deep, but it felt like I had managed to swim. And I learned a lot! So I do hope I'll get the chance to do at least (or maybe ideally) part of the fieldwork next year. The teaching part of my contract will have expired, but in most contracts there is a bit of flexibility. Would be nice to do this properly prepared! And that saves James having to do the full six 14-hour days on his own... 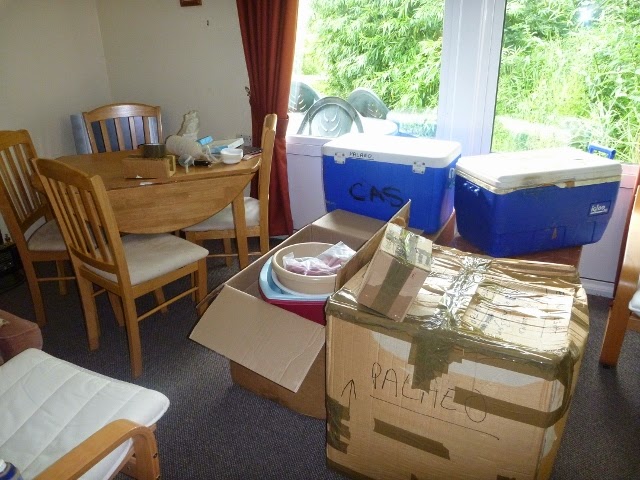 When a lab turns back into a living room