When I made the jump from the beginners' course to the advanced (well, advanced-ish) Welsh course I was very chuffed and looked forward to learning lots. And the first lesson I sure did! The week after, though, I didn't; it was Easter. The week after that I enjoyed another useful session, but the week after that there was another bank holiday on the course day. The gods weren't having this, clearly. The next lesson was followed by two weeks off, due to the safety training and YET ANOTHER bank holiday (do these Brits ever work on a Monday?). I was getting frustrated! The document I found online, detailing grammar, surely helped, but I lacked exercise in making sentences. A grammar guide won't correct you if you get something wrong! Later I found an online exercise book that belonged with yet another grammar book. These were from 1907 - now we're talking! And closer inspection revealed it was a third edition; the first was from 1897! No cartoon characters and video games to make you practice daft nonsense. No. Put this list of words in the right mutation, which follows from these prepositions! That sort of thing. Humourless and systematic. Right up my street. But it still isn't the same as having a class, where you have conversations with people who are as uncertain of their stuff as you are, overseen by a tutor who answers any questions. 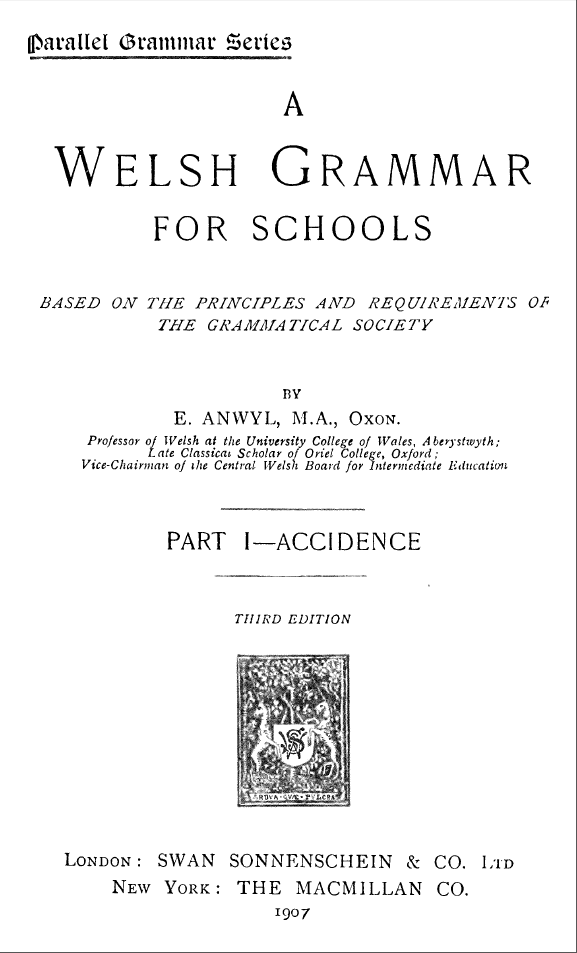 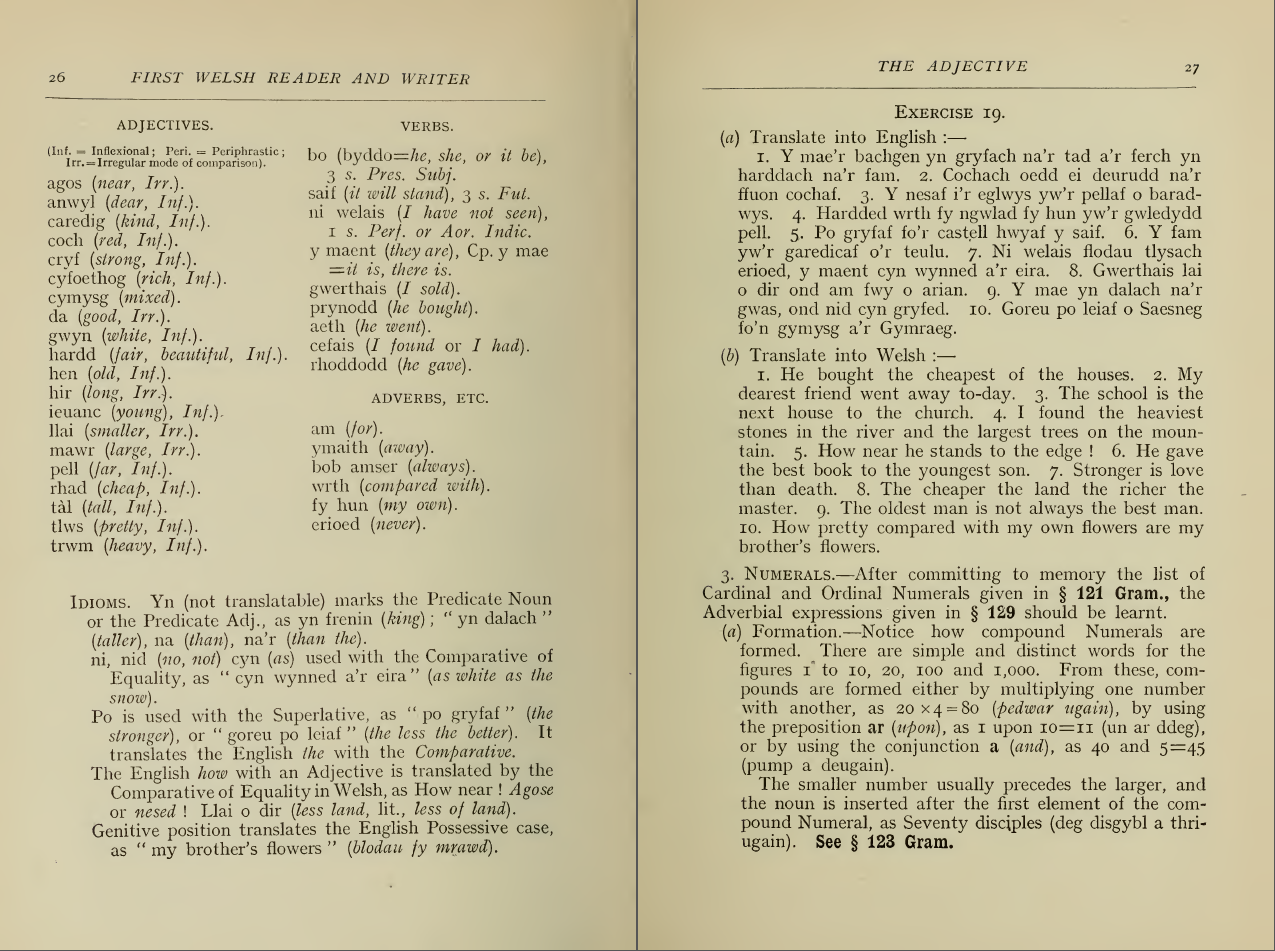 The title page of the grammar book and a random page from the exercise book. Another advantage of such old material: no more copyrights!

After that two week break there was, finally, another class. But at the end of it the tutor mentioned next week would be the last one. Oh no! They will only start again mid september! Oh dear. I'll really need all the online resources I can find. I did find training material for GCSE's! That's still way above my level, but anything helps. And next week I'll propose we keep meeting up on Monday between 4 and 5, just to talk to each other. It won't be the same without the tutor, but it will surely help! In Norway we regularly had our "snakke norsk pause" (coffee breaks during which we tried to only speak Norwegian) and it did help. I hope the others will like the idea!


ps the last class was cancelled. The next two Mondays I'll be on fieldwork. We'll see if there is any Welsh coffee break stuff going on the Monday after!
Posted by Margot at 14:55