After I came home from the Rhosydd trip I noticed one of the brackets had fallen off my camera. This allowed the front panel to come off from the back; goodbye waterproofness! Making a bracket is a lot of hassle, and I didn't have much time, so I switched to my other camera. That worked rather well for two weeks. But on the third week already, it started to fog up from the inside. Not good! Luckily I had a spare. I sometimes get mocked for having so many cameras, but this shows why I do that. I don't have to do many undocumented trips just because my camera breaks down; I just grab the next! And then one weekend I have time I can try to fix the others, or replace them.

I also have a camera for nice weather. It's not waterproof. But some weeks ago it seemed to struggle to focus on my house. And when I tried to take a picture of the cathedral, the lens wouldn't come out! A third camera down! Oh dear. And the rest of the day, and the day after, it still wouldn't open. I think it's dead! 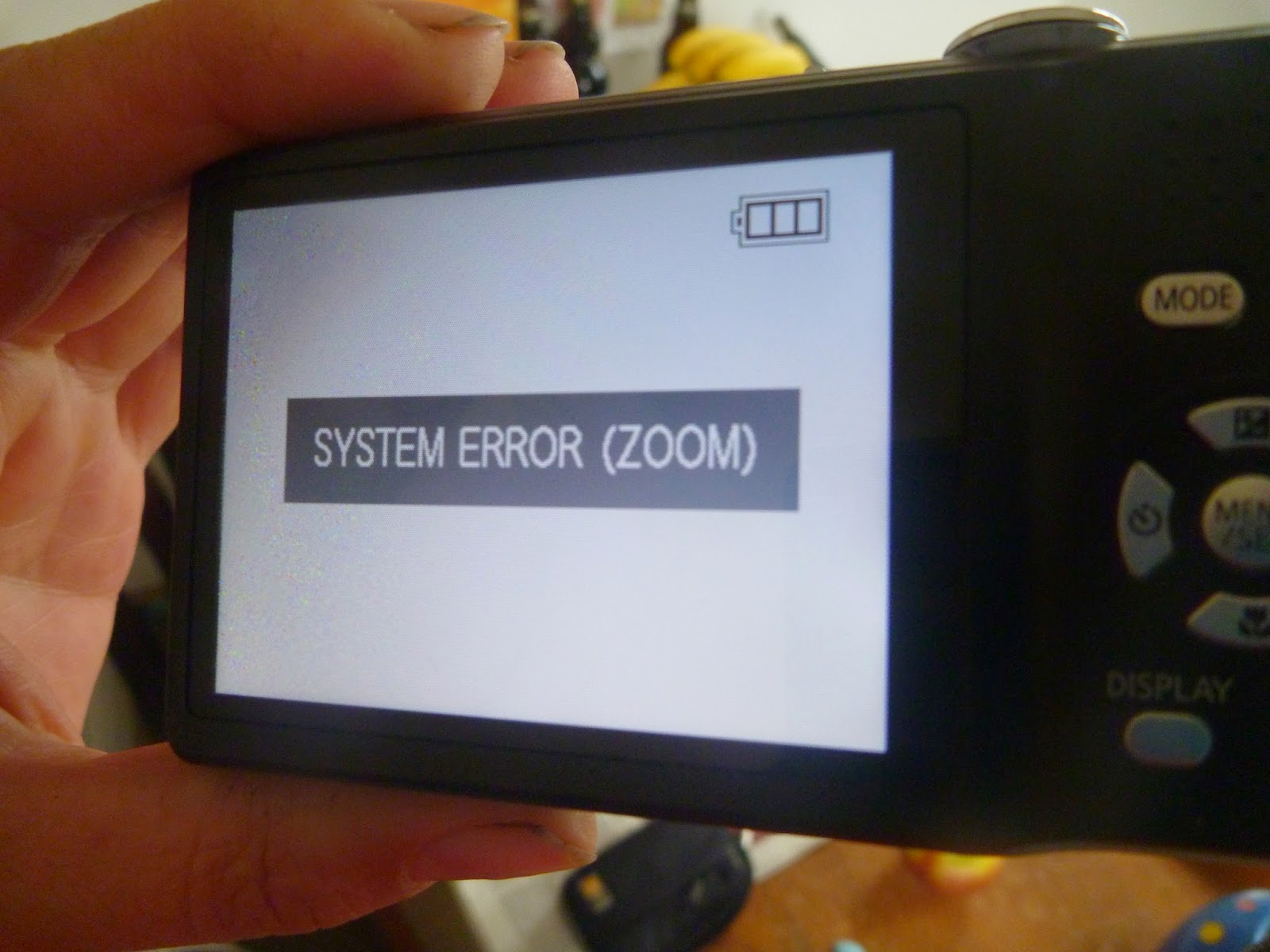 This couldn't continue. My foggy camera had been drying on the kitchen table for a while. I cleaned and greased the seals of the battery compartment and of the plug door thingy. I really couldn't find my silicone sealant, so I ordered new. But maybe this does it. The replacement of the good weather camera was easy; I just went back to the one with the scratched lens. It does take pics, be it with a blurry bit in them. And that left the hard bit.

I had already taken my length of brass and my gas stove out of the moth balls. Now it was time to snap into action! Remembering how many half-made brackets I had broken I cut off three pieces. What would be the chance I would get it right in one go? And I also realised I had thrown away my makeshift anvil (a shoemaker's tripod) due to excessive house-moving. Oh dear! That certainly wouldn't make things easier. But I set to work. 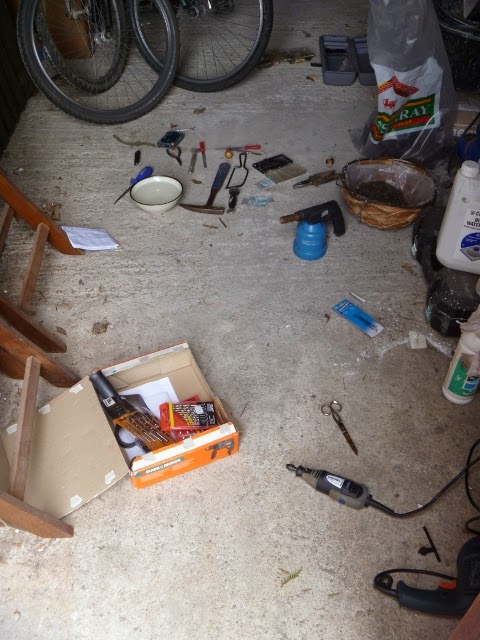 I took my time. I'd broken too many already! But I flattened one side, sawed off excess brass, drilled a hole, and it was still going fine. Flattened the other end, drilled a hole, still OK! I tried it on; it was too small the way it was. I knew this was the hard bit! But I remembered how I had solved the black bike's problem by filing, and I decided to try that this time. Easier to do that precisely than bending! And lo and behold; it worked. I managed to get the little bolts in place! The camera was back on track! I was very happy. Bring on the nasty scratchy acid mines! I'm ready for them! 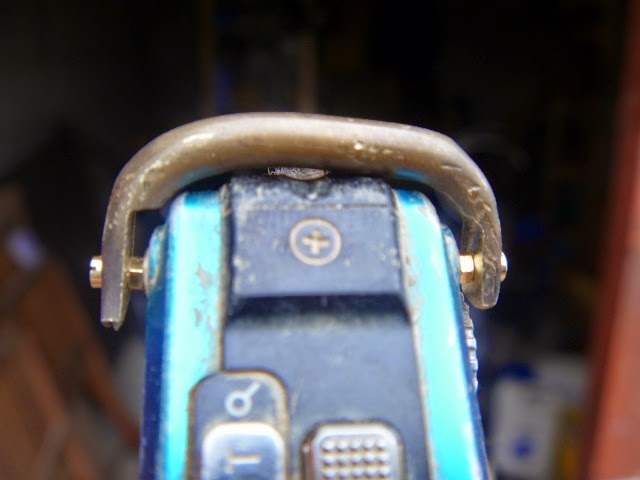 Look at that dapper new bracket! Filed to perfection!