Try another new mine

All caving clubs run the risk of ending up in a rut. Many people live in the same area for a long time, and so at some point, they'd have seen what there is to see. Or it may feel like that. But in North Wales, the subsurface is veritable Swiss cheese, and if you keep looking for holes in the ground you keep finding them. Like we did a month ago: one of the guys had found some indications of mining activity on Google Maps, and when we checked it out we found a lovely little mine. And we'd do it again! This time he had found references to a mine online, with references to where the entrances were. These were hidden in woodland, so we had to work by the coordinates. But that worked out well! We found pretty much everything we looked for. Some of that was not so exciting; about half what we found were trial adits, or collapsed. But that's to be expected. Some looked nice, but were gated. But one often finds that people go through a lot of effort to gate some entrances, and leave others open. The same here! 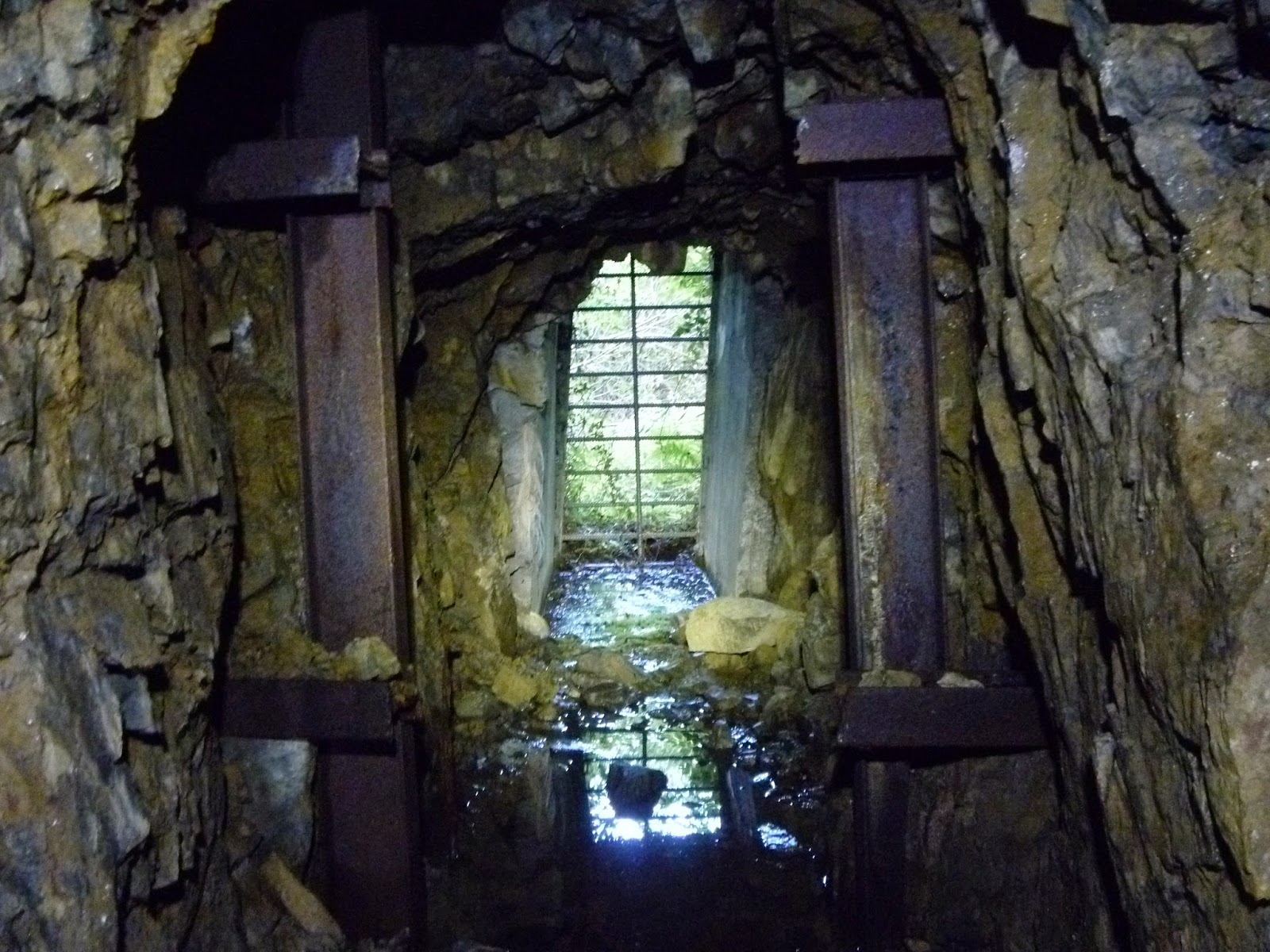 A well-gated entrance. A few tens of metres on, however, there was a open entrance! 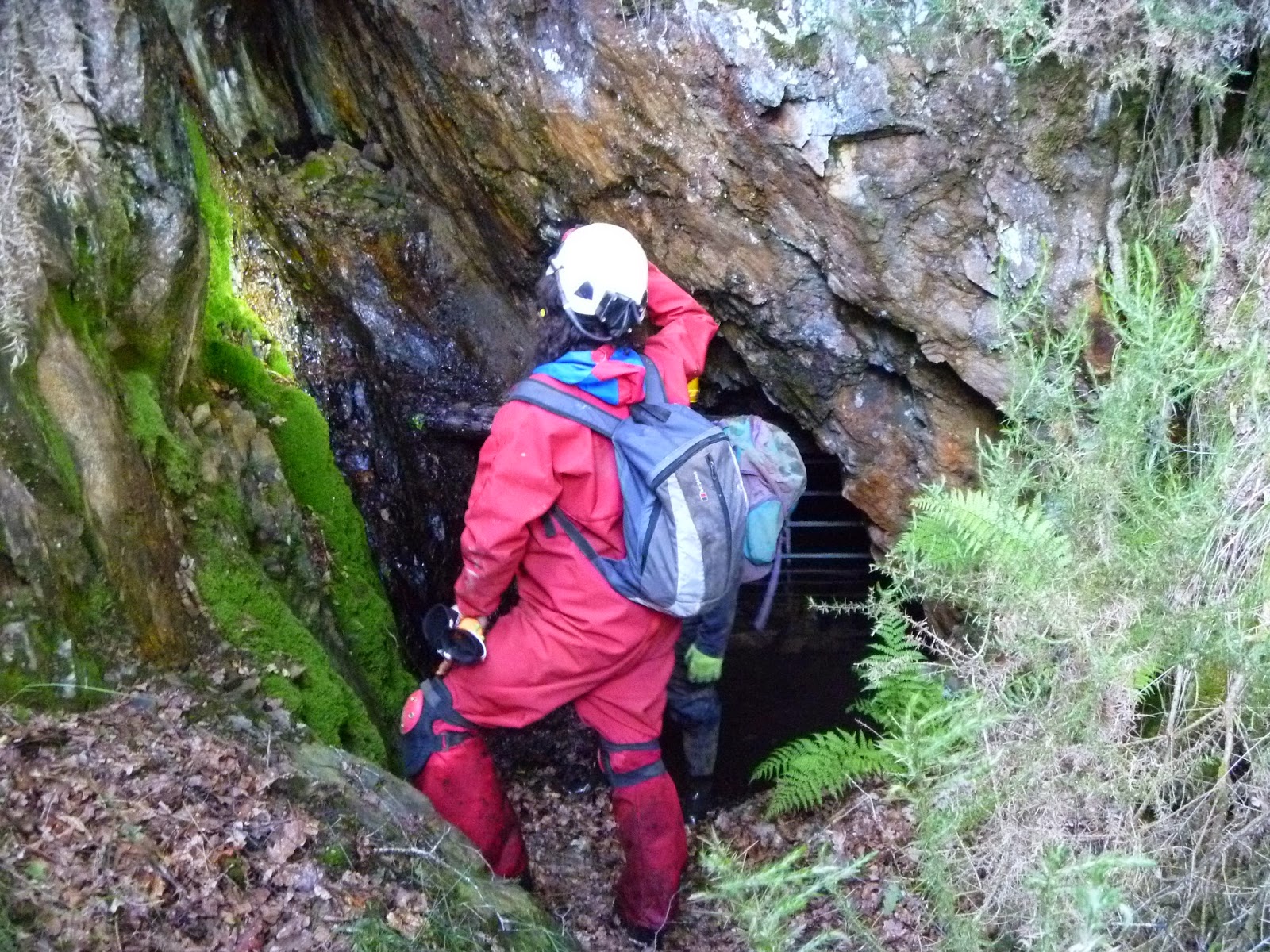 Another gated entrance. This one was also  accessible from the other side!

We found one open entrance that lead back to one of the gated entrances. There were levels going off in several directions! No stoping though; what had been the use? We came out again, and tried levels higher up. And there we found the piece de resistance! An entrance that lead to a bit of stoping. Very nice! And a small level lead off to the side; this ended in an ore chute. Or a slide, in other words. I heard there were people down there! It looked slippery. And fragile. I went anyway. I believe if you join forces you always manage to get out of something as slippery and prone to collapse as this. So I went down! 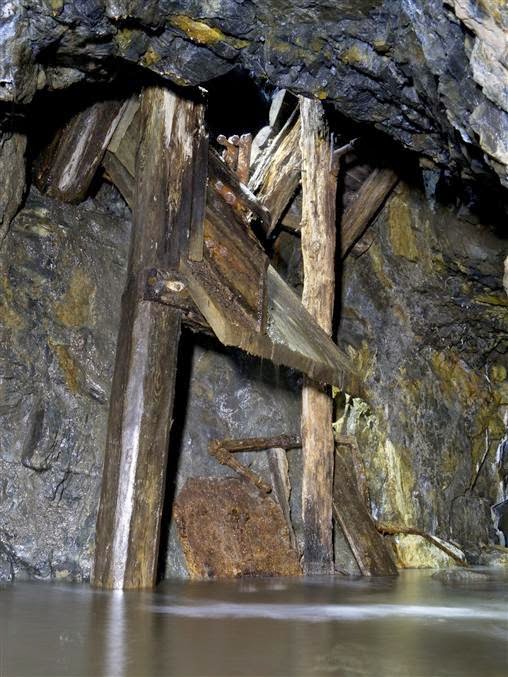 The ore chute in question

I didn't know where the others had gone, so I stumbled off in a random direction. The water was deep! But I didn't care. I came back to a gate we had been looking at from the other side. I figured as much! Then I turned back, and found the others. There wasn't much else to see. So I decided to try to climb back up! I admit I liked the idea of trying to get up that chute before the heavier men gave it a go... and it sort of worked. Once I had managed to get to its top I slipped. I managed to whip my arms in all directions, and not only bang my elbow into a rock but also find something to hold on to. So I didn't slide back down! Fortunately. But I decided to stay put to see if anybody else needed help.

They didn't, of course, and we were soon on our way back. On the way back one of the men took a few pictures which were better than I could, and then we were out. And we didn't linger; the midges were out! And we even managed to get a pint before we all went home. We have another mine in our oeuvre! 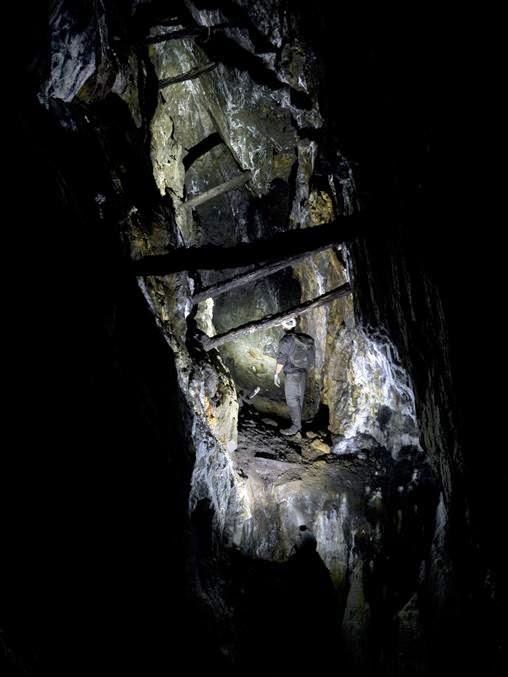 Me (notice the helmet below Phil) and Phil in the stope. Pic by Simon.