I didn't really know what to expect. I was quite happy to just find out how and what when I got there. But I would be up for a bit of a shock.

Before I actually started working in Bangor, James phoned me; could I perhaps teach on a fieldwork in June? Of course I could; by then I would be employed in Bangor, so my time table would be determined by exactly this sort of thing. He said I would have to oversee students taking samples for foraminifera analysis along a surface transect, and analyse them; pretty much what I'd been doing in Plymouth on a larger scale. So it would be a fieldwork with little need for preparation. Sounded good! And I would get to know a cohort of students and quite many staff; bonus!

I hitched a ride with my office neighbour Jaco to south Wales. We had a half pint to celebrate. Not more than a half; I had been told I was expected to drive a nine-seater bus, and never had. I find big-arsed vehicles a bit of a challenge! But Jaco was willing to chaperone me on my first endeavour with it. And the guy who would cook dinner had forgotten some items; we could kill two birds with one stone. And it turned out to be easier than I had thought.

By the time we left we had been joined by all the other staff and students, including James; when we got back, we set up the lab, which turned out to be in the living room of the cottage we would share. Later we had dinner in a central cottage, cooked by one of the senior staff; on this field trip, the staff take turns cooking for their colleagues. It was all rather cosy. And most staff would turn out to be utter gastronomic heroes! And the next day would just be a day excursion in order to introduce the students to the general surroundings. The weather forecast was good. It started easy... 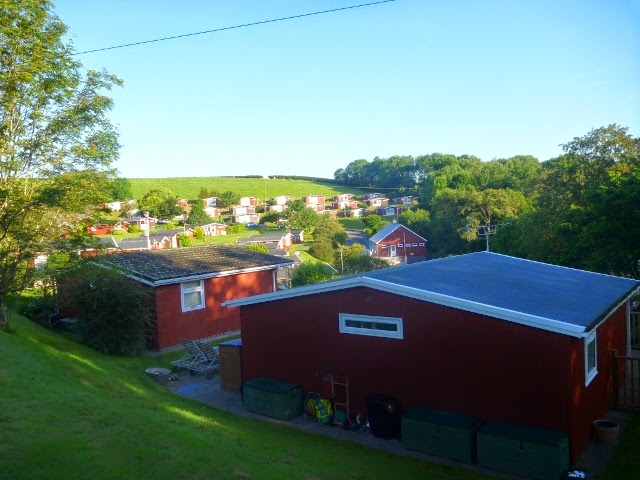 The chalet park we stayed

That first full day we would not leave until 9AM, so there was plenty of time for a run. One of the other staff had recommended a footpath, but it was one of those ankle-breaking specimens, and I ended up mainly running up and down the navigable bit. One has to make do! 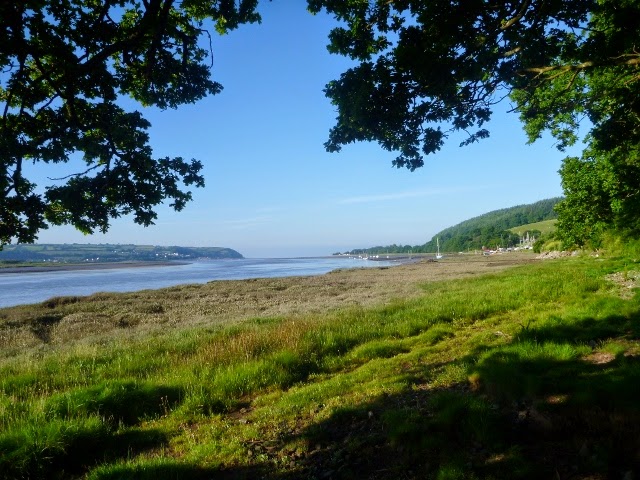 The estuary, where I tried to run 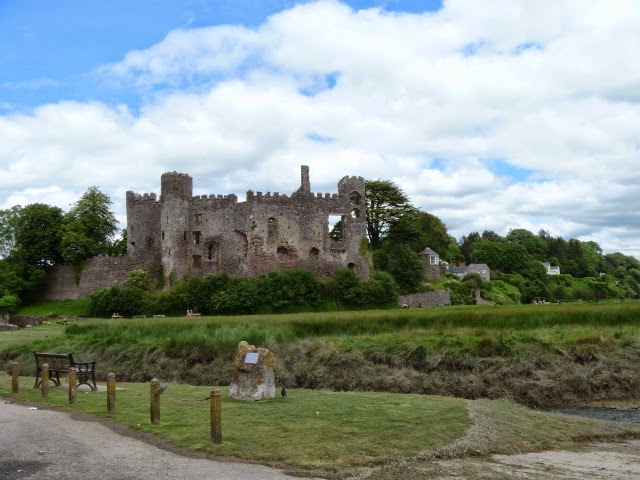 Laugharne castle, past which we walked

When we later got moving, were all just driven around like elderly tourists. Drive a bit, get out, see a sight, get a talk, buy some ice cream, and go on. The morning was very calm and uneventful! The afternoon would be a bit more challenging; we would go into the actual estuary, which meant crossing many tidal creeks. And nobody expected all the students to be able to get there; there seems to always be at least one who is heavy, has small feet and/or wears inappropriate footwear. But they did well! One had to be dug out, and cut his foot on a shell, but it didn't get worse than that. It was quite enjoyable! And we all got a nice introduction into the estuary with its sediment, its tides, its glacial history, the shifting sands and all of that. But the next day stuff would start for real. I still had no idea what I would be up for... 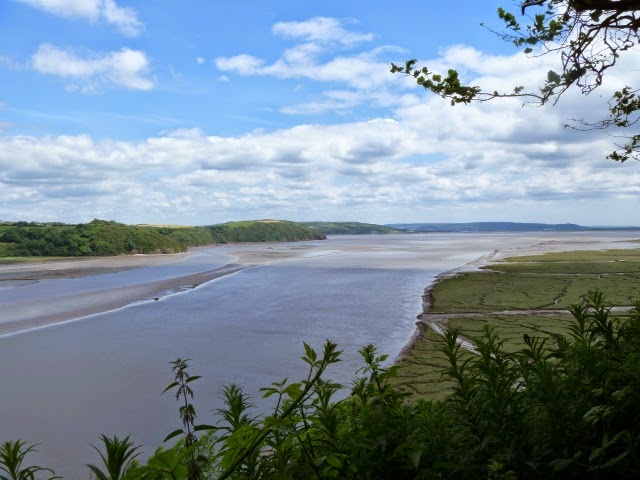 The salt marsh seen from above 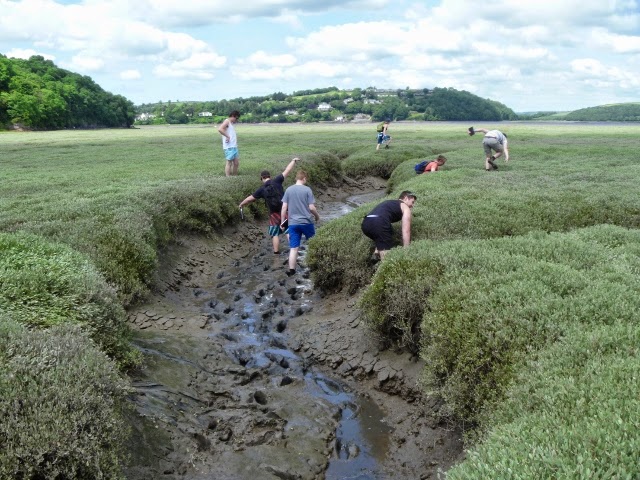 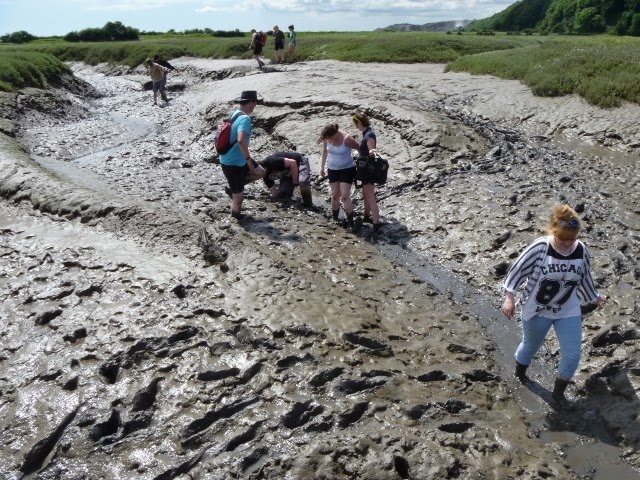 A student being dug out by his mates
Posted by Margot at 18:04