A good look on the map showed that on my first Welsh run, I had missed the Wales Coast Path by only some tens of metres. And that was a pity; it might provide a good route! So when I felt dynamic one morning I slipped into my running kit and gave it a go. I wasn't sure how good the path would be.

First it was a bit rooty, and then it got grassy. And then it got worse. I tried to scamper lightly over the field but it wasn't going to happen! Within no time I had sunk down in the gunk up to my ankles. That was exactly what I had hoped wouldn't happen. But such is life! It was only some 20 metres of swamp, and then I was on solid ground again. So with brown socks and shoes I scampered over the very scenic path. This was working out after all! 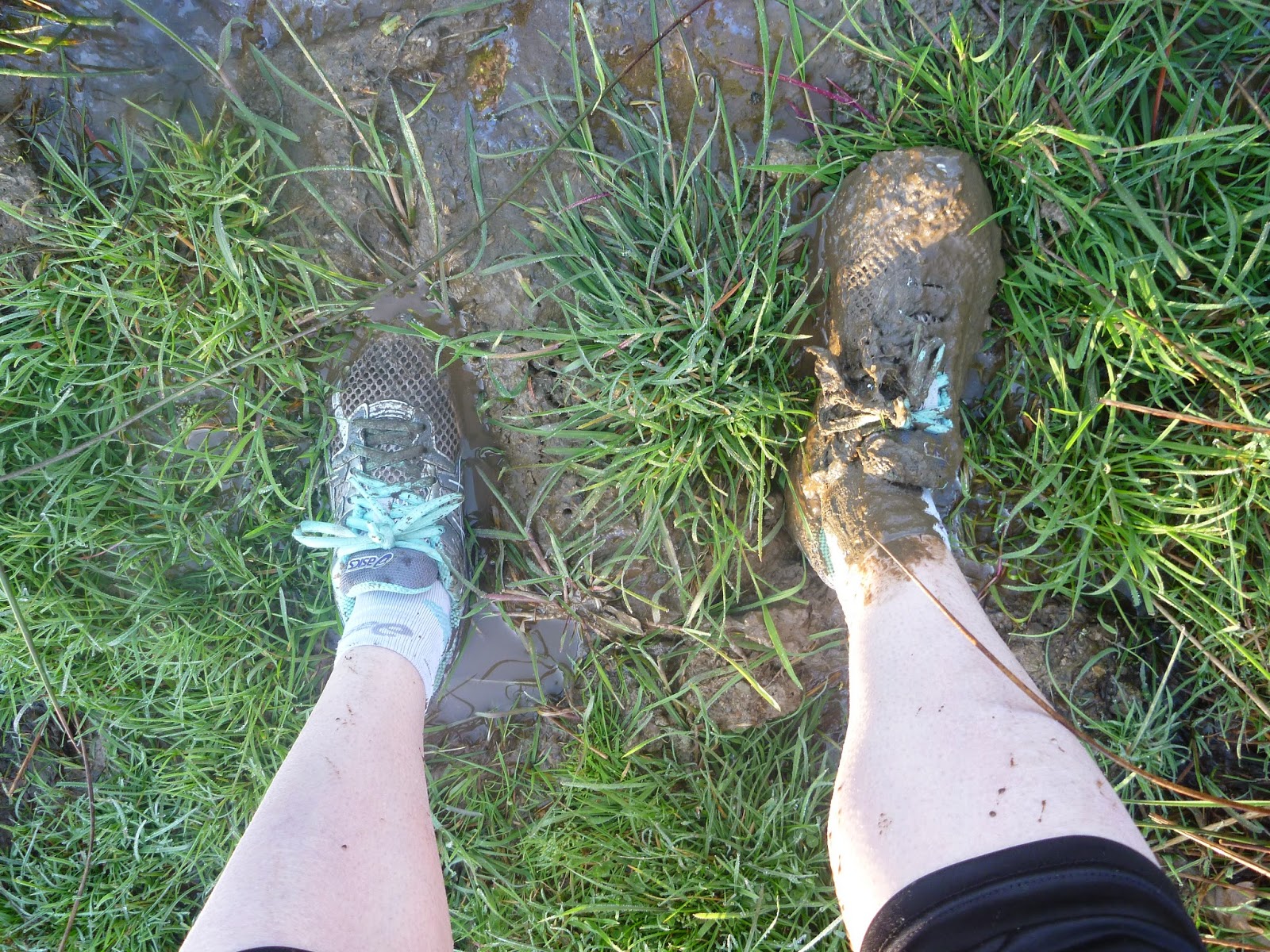 After a while I saw a junction. I turned off! Who knows where that would take me. It turned out it lead to a forestry track. Very nice for running! And I ended up underneath the bridge I tend to use when I drive to town. Blimey it was very impressive! If you drive over it you have no idea. I took some pictures and then went back along the Wales Coast Pat. Very very pretty. And it was a beautiful day! I was being a coward and went back to the road before I would reach the muddy patch. And then back up the hill! It had been beautiful. I think next time I'll see if I can do the uphill bit through a field. If so I have my route settled! And with such views I will have no problems motivating myself! 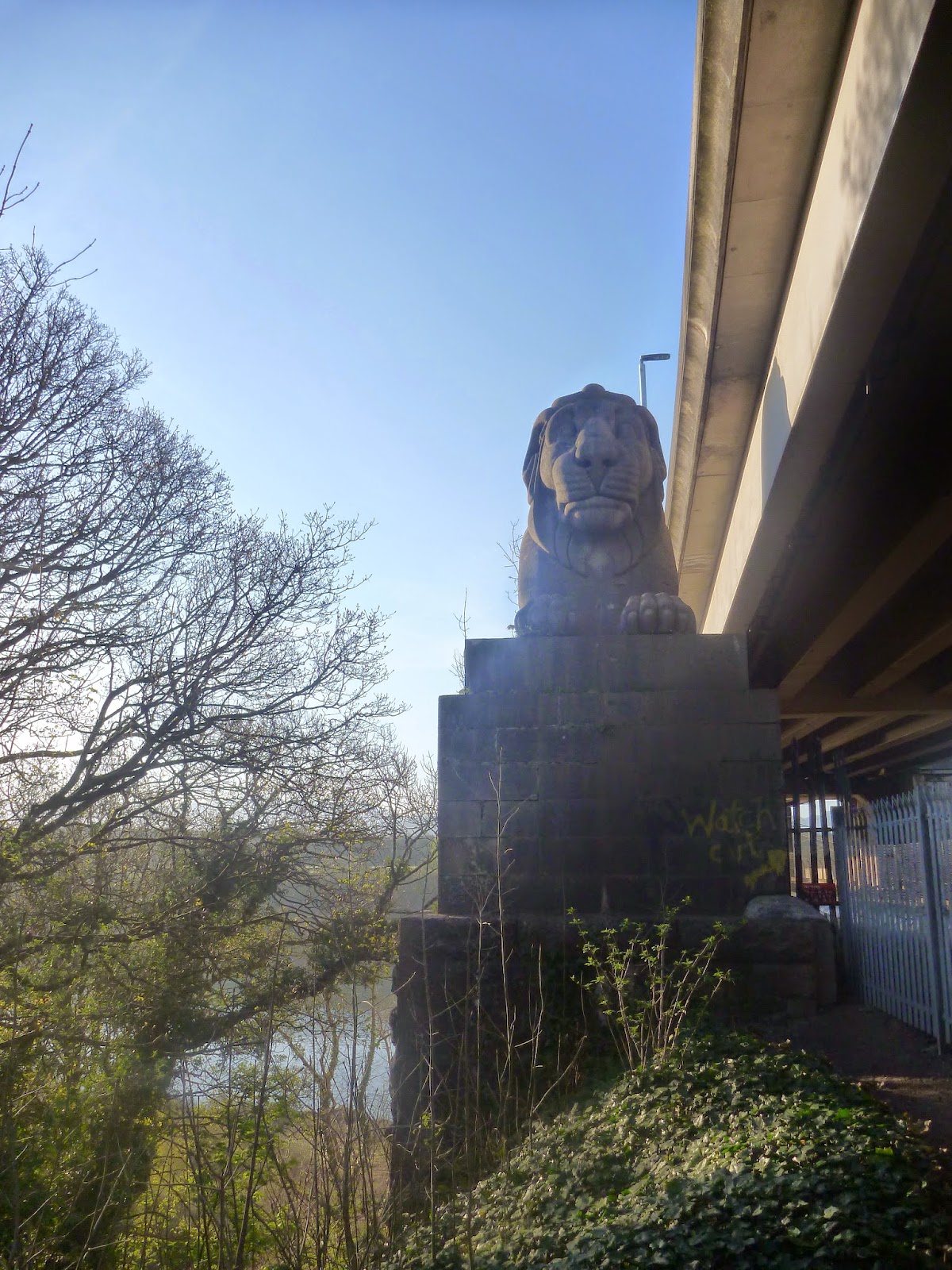 One of the two lions flanking Britannia  Bridge; it seems the original bridge was lower, and you could see these from it! Now you can cross that bridge endlessly many times and have no idea they're there... 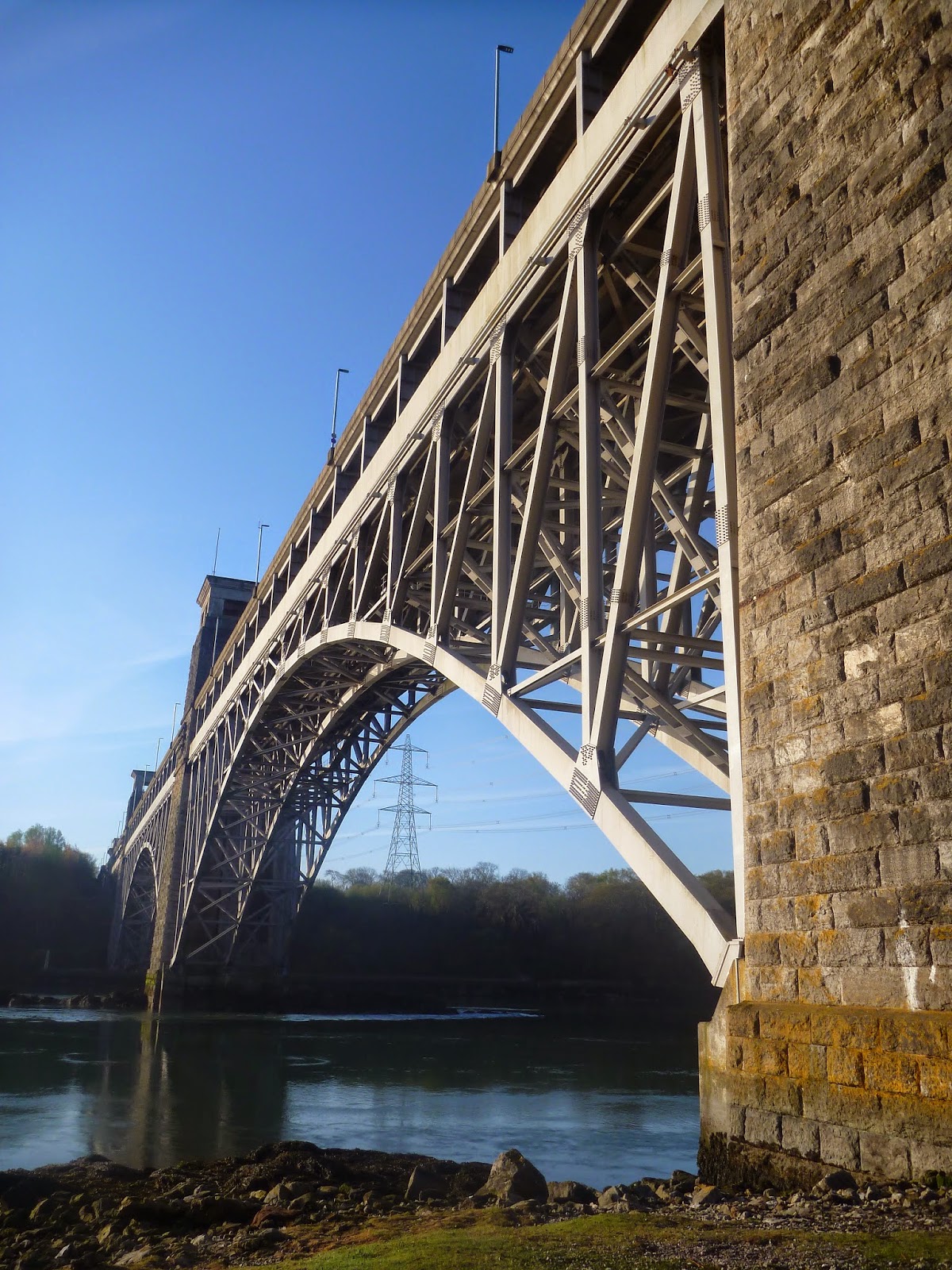 The bridge from below 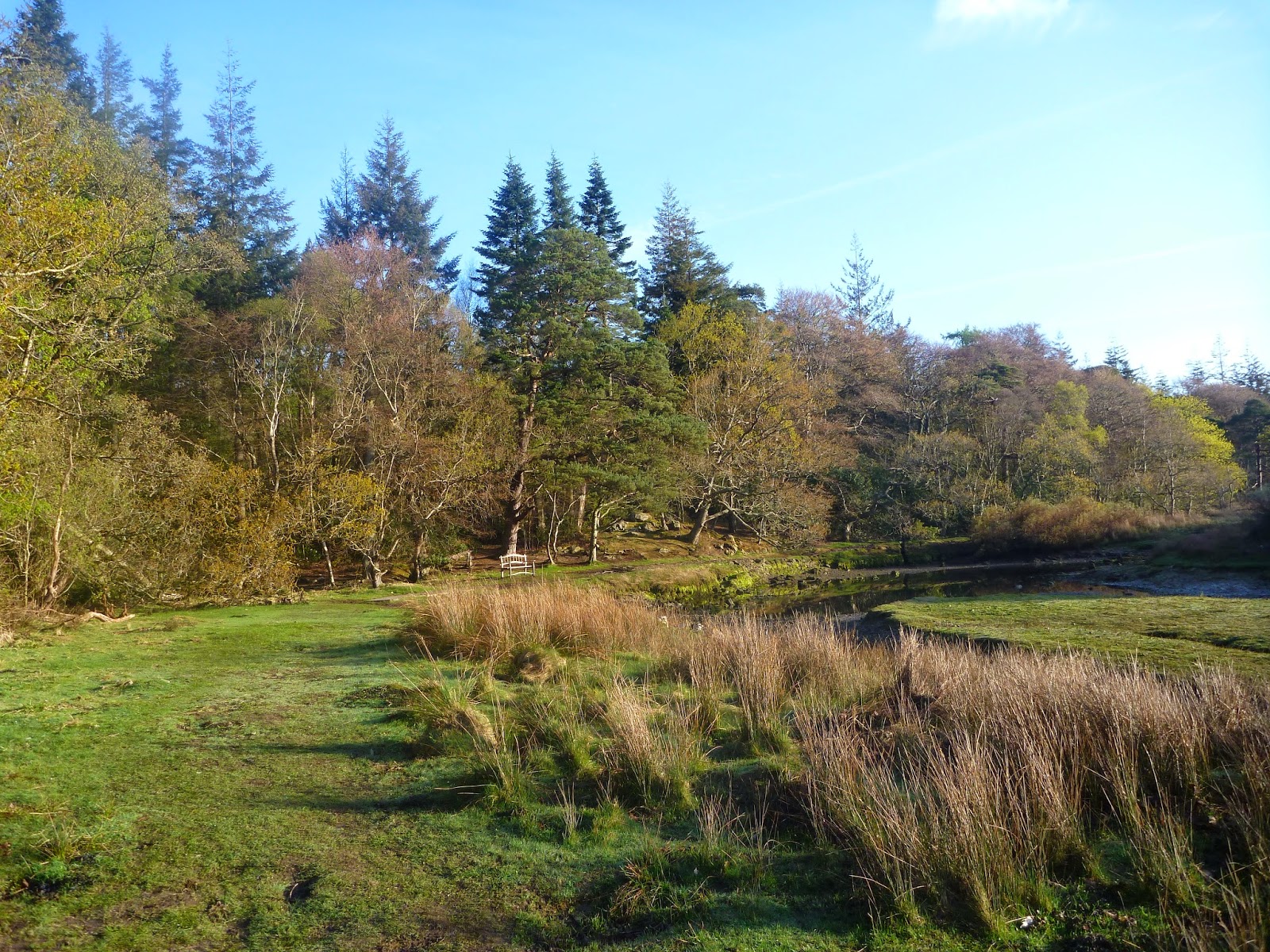 Part of the Wales Coast Path
Posted by Margot at 14:42