I recognise a lot of roads in Snowdonia from trips with the PCG and YCC. But I was never driving myself, and I never had a clue where I really was! Now that has changed. I was driving to a parking lot I had parked before for underground reasons. And I had Rich in my car! He was visiting for the weekend, and he was quite happy to drive all the way from Teesside to some hamlet in Snowdonia, and to immediately get into his kit and go underground. So that's what happened!

We met the very small gathering, which were not as new to us as could have been. The man who had made my Bangor University staff web page was one of them, and one of the others (there were only 4) happened to be an old friend of Rich's. And soon we were on our way up the hill! It was going to be a lazy person's underground trip, with all the pitches going down, but that does mean, of course, you have to do all the up bit in advance, on foot.

They let me go first. It was a nice place! And after the first pitch, the second followed soon. And after the pitches were ladders. At that level we had a nice scamper around (well, some of it was flat-out belly crawling), admiring the stoping, colours, artifacts and whatnot. I was having a blast! We also tried some little holes leading away from the main levels. A bit of exploring is always fun! And this place had plenty of playground possibilities. 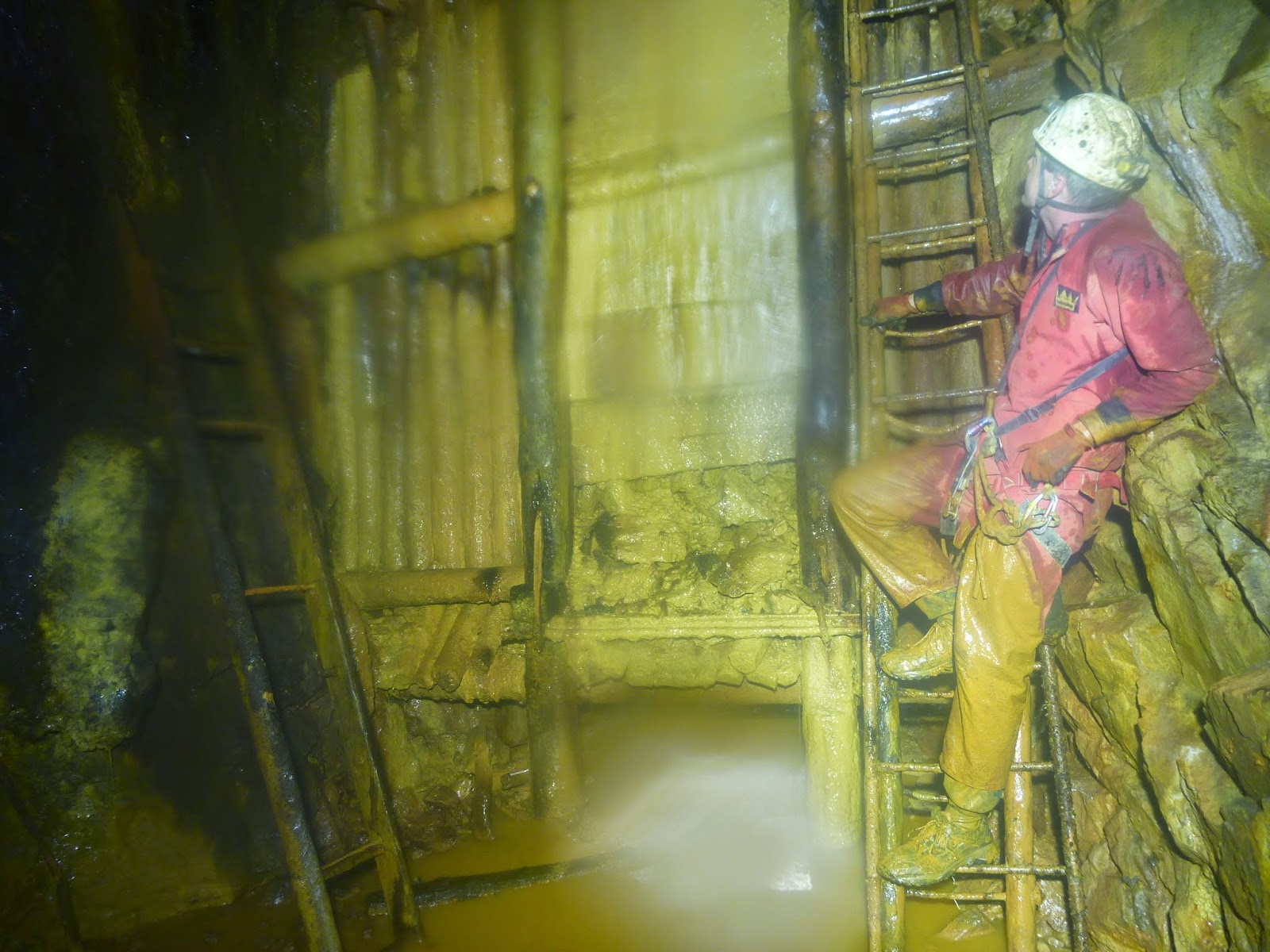 Rich modelling on a ladder 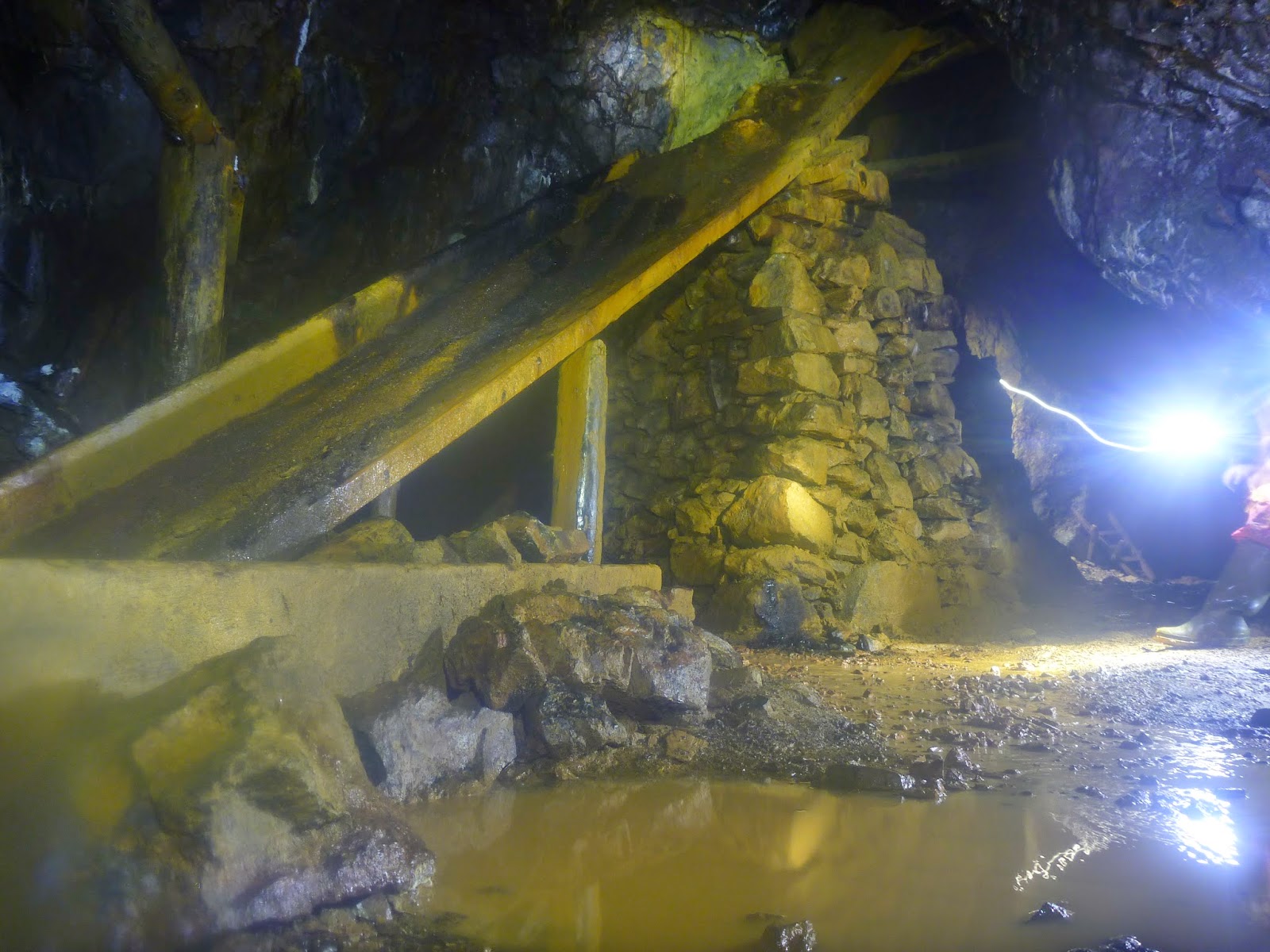 When we'd seen quite a lot we decided to get out. If we did it quickly, we would be in time for last orders in the pub! So we went down the last pitch, and wandered out of the adit. Which was level with the parkign lot. And the thought of bneeer let us change quickly. And we made it to the pub in time! This is a bunch I look forward to go underground with a bit more often. Next week there is some underground swimming involved! My favourite...
Posted by Margot at 09:04