It was Good Friday, I had Rich visiting, and it was nice and sunny. Rich's visit was a bonus; we live on opposite sides of the country, I have a demanding new job that involves a lot of travel, and we'd only had had a month to go from first date to goodbye, so these are not circumstances in which one is tempted to keep a liaison going. But an Easter visit was quite a good idea! And altogether, it was a good day to venture deeper into Snowdonia. A good day in the sense that it wasn't a working day and one would have nice views from hilltops. Not quite a good day for having a hill for yourselves.

We had a plan for what route to take, but that was a bit of a way too commonplace plan; we wouldn't have had anywhere to park, and we would have been on crowded paths. So we drove around for a bit. Rich claimed to have a plan. At some point we turned off the main road to Roman Bridge, and parked. We were quite far from any hill, but at least it was quiet there! We could see a hill in the distance, which later turned out to be Moel Siabod, and we aimed for it. Unfortunately we had driven off the map, so we had to make a route up. And we made something up that wasn't too evident. 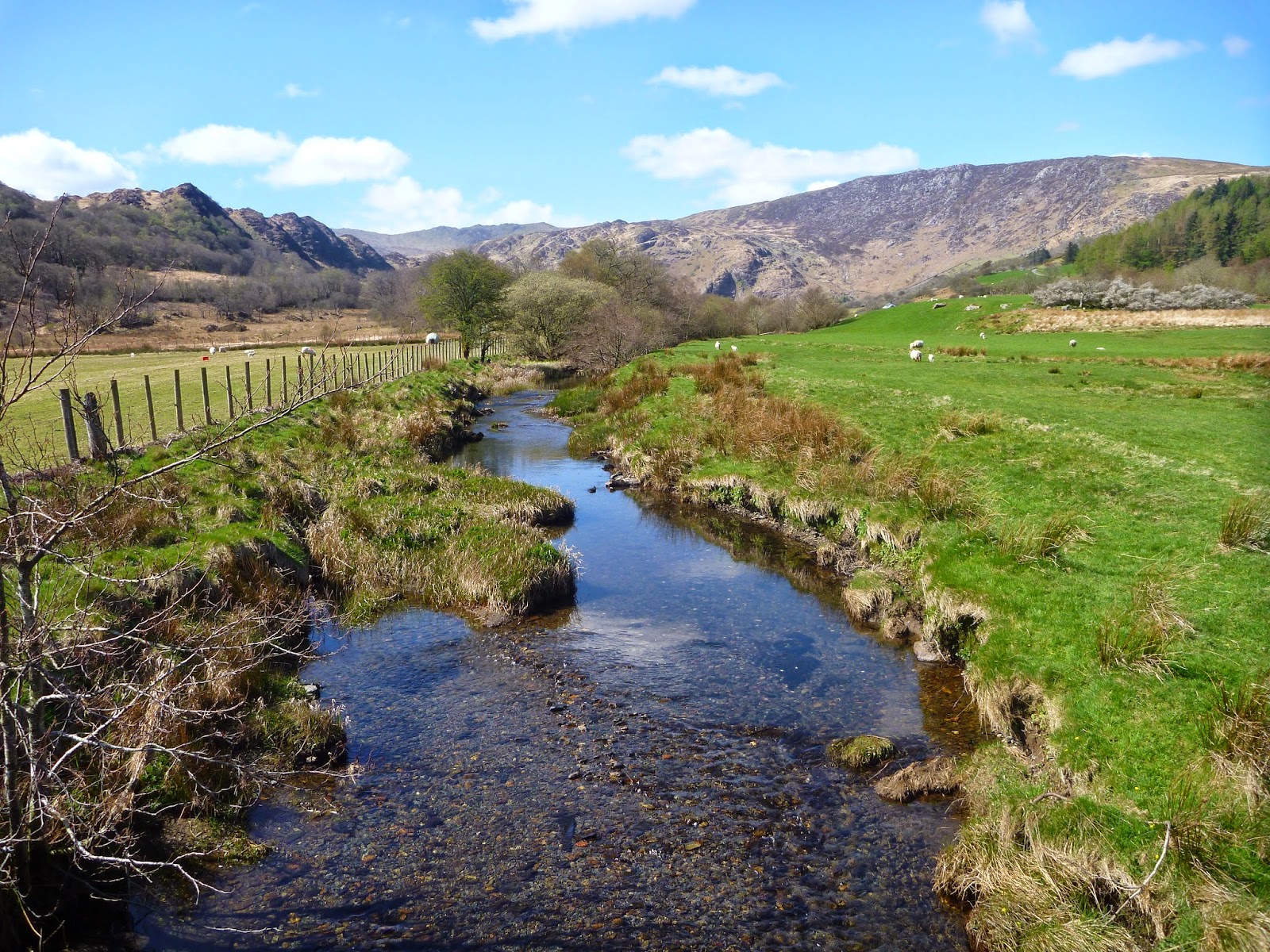 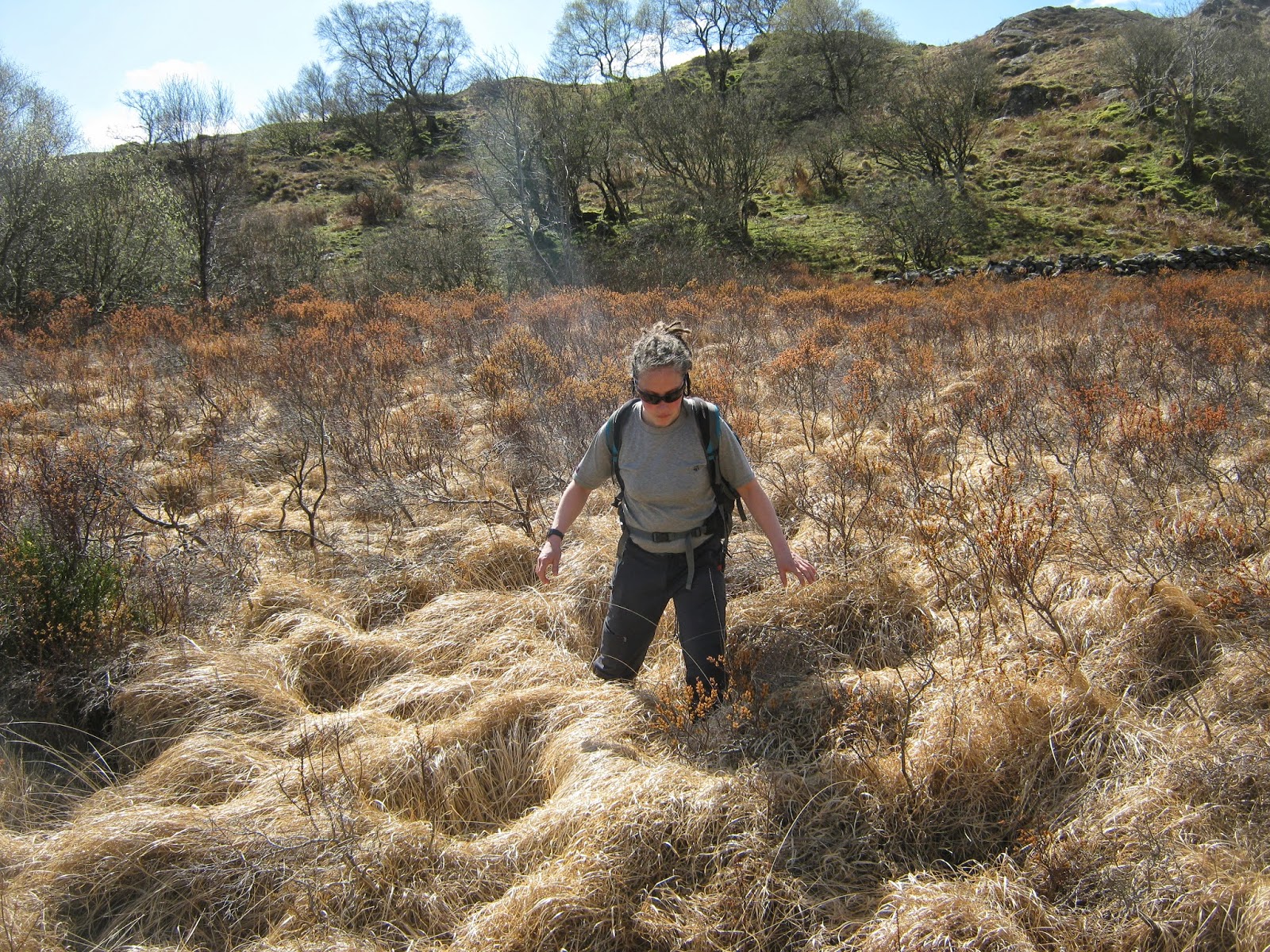 Then it got tiresome! 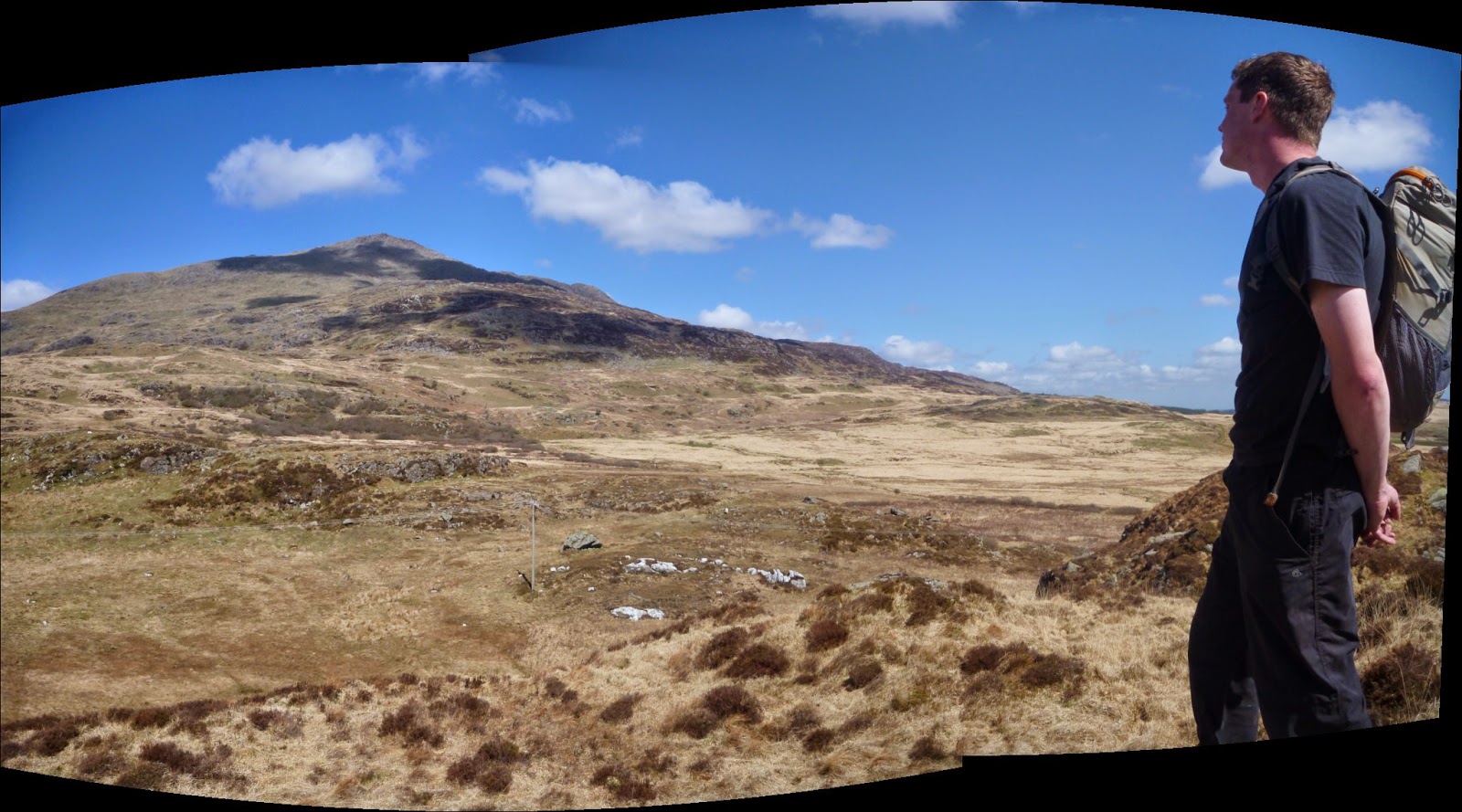 Here we had our goal in sight

To get to Moel Siabod we had to cross a broad valley. And it turned out to be rather swampy, and filled with annoyting plant life! But we got there, eventually. And the view got better and better with height. And it got more fun when we reached the ridge, and were clambering rather than trudging. Fun! And rather quiete, too; we only met two other walkers, and their dog. And fairly soon we reached the top. Very beautiful! And from there we had to improvise our way back to the car. We managed to avoid the swamp, but in return found ourselves on a forestry road that snaked its way through the woods in the most inefficient of ways. By the time we got back to the car we were sweaty, tired and thirsty, and by the time we got home (we didn't take the most efficient way) we were hungry and fed up too. But we had beer, the fire bowl, the bath and whisky to do something about that, and that was quite sufficient! It got steeper and more spectacular 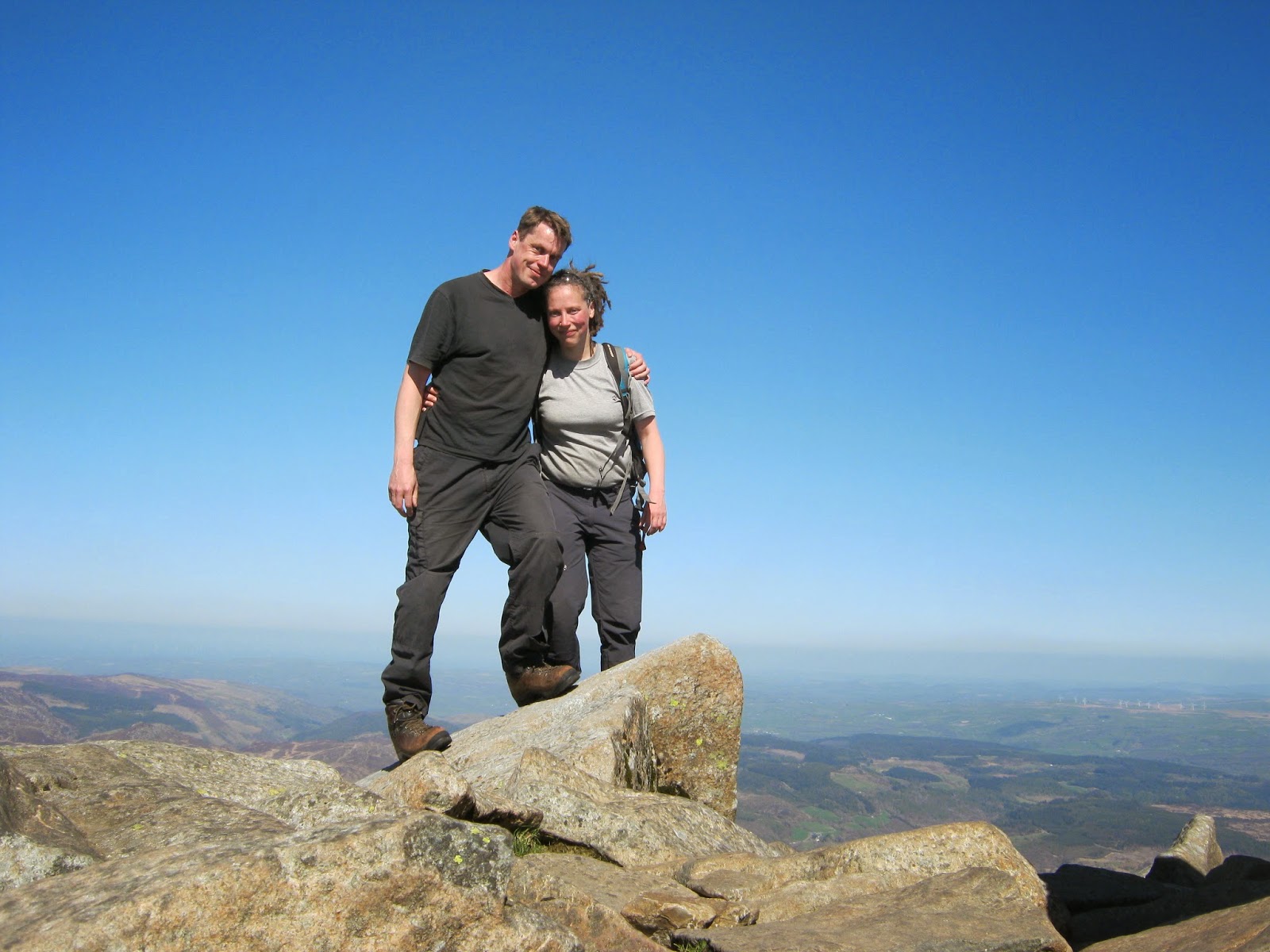 Panorama at the top