House as good as finished!

One needs a lair from which to venture out. My first priority upon getting to Wales was sorting my house out. As soon as it would be done, I would have a cosy home, I would have a place to invite new friends, and I could aim my energy in other, equally important directions, like my exciting new job. So after pretty much no time at all I was already at the second-hand furniture shop. And from then on, the house decoration didn't end anywhere soon. The first weekend saw the bulk of the work done. It was a hard work, but  it was satisfying.

After that initial weekend, pretty much all that needed doing was hanging up pictures. But that was a delicate subject! The new house had pristine walls. Would one dare hammer a nail into them? But the other options are using command strips, or not hanging things up at all. The latter doesn't please me very much, and in my previous house I'd used the former, which hadn't pleased my landlord very much. They are sold as ideal solutions that allow you to hang up things without consequence, but that's what they would say, isn't it. In reality I had already had some fall off the wall, taking some paint with them, and the ones that held had left discoloured patches. So what to do?

I asked the landlord, which I had met on the Saturday, what to do. He said it was OK if I would put up some pictures, as long as I was careful and used small nails. So I bought the smallest the big B&Q sold, and set to work. But it's not a small job! I really try to do as little damage to the walls as I can. But by the next Saturday, the job was done good enough for the time being (one tends to keep changing such things). And good enough for pictures for the blog! So I can finally reveal the looks of my new house! I hope it pleases people so much I get many visitors. It's a nice house, in a nice neighbourhood, in a lovely corner of Britain! 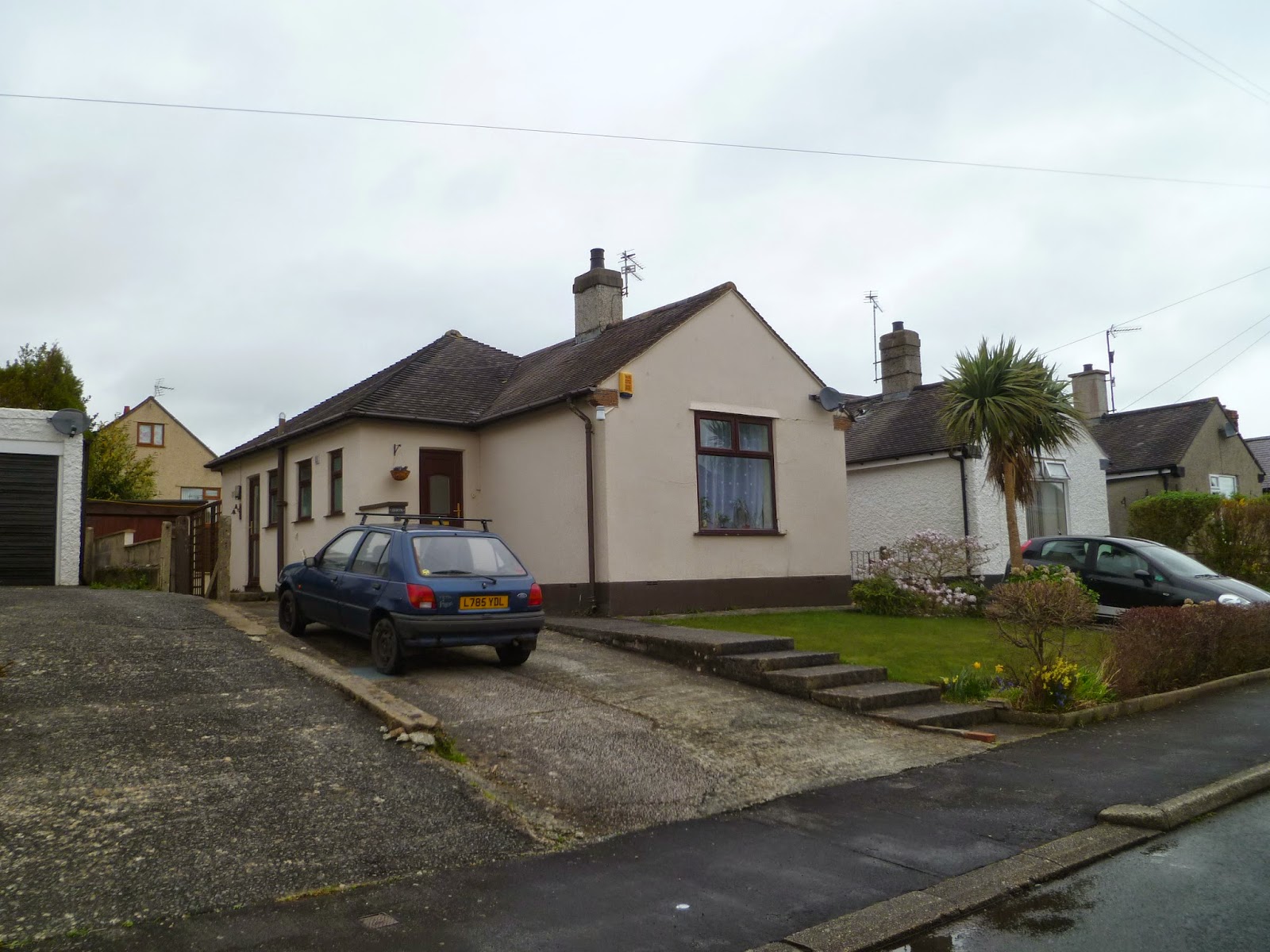 The inhabited house! Pretty much only the plants and the netting show the difference... 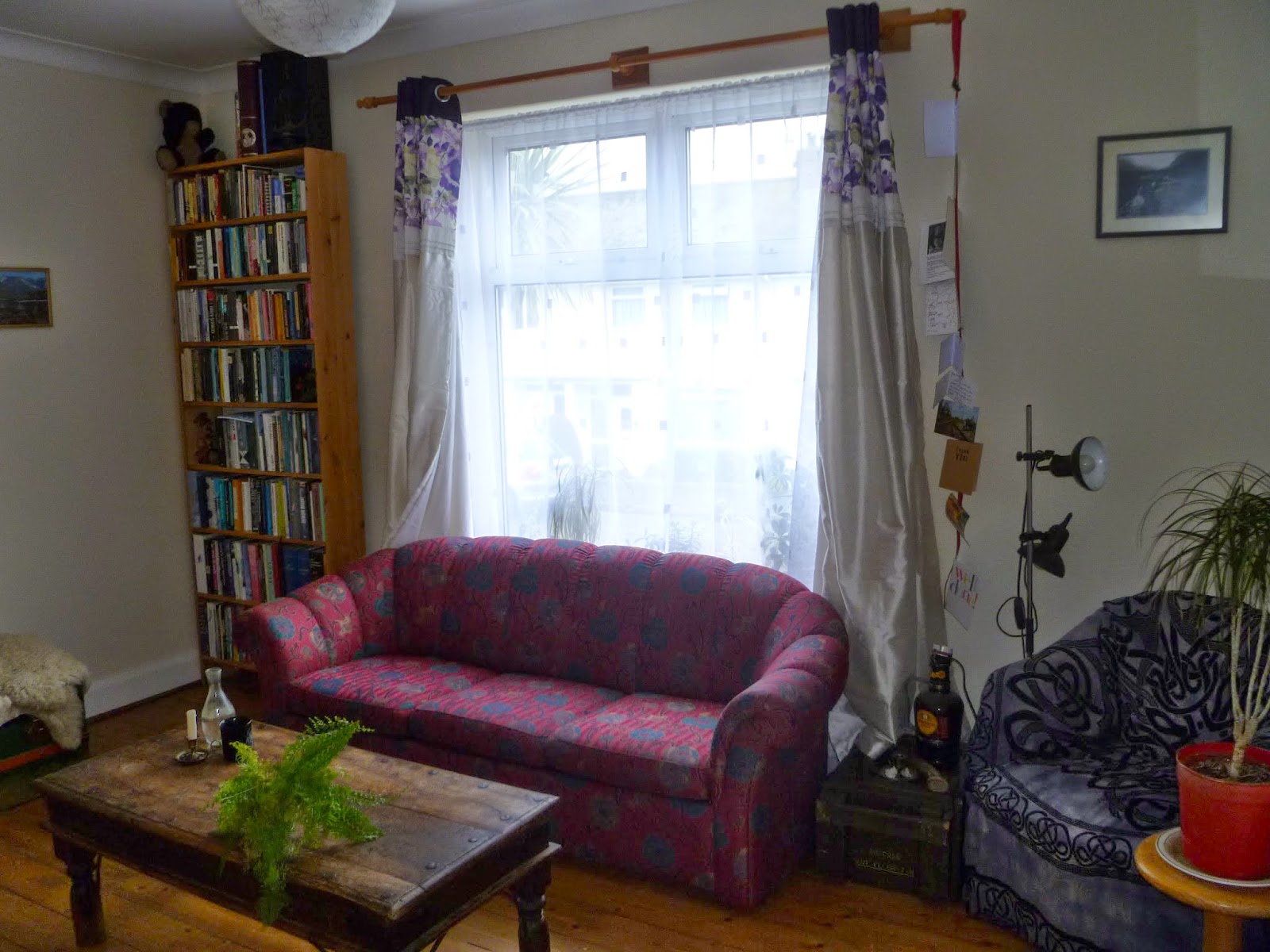 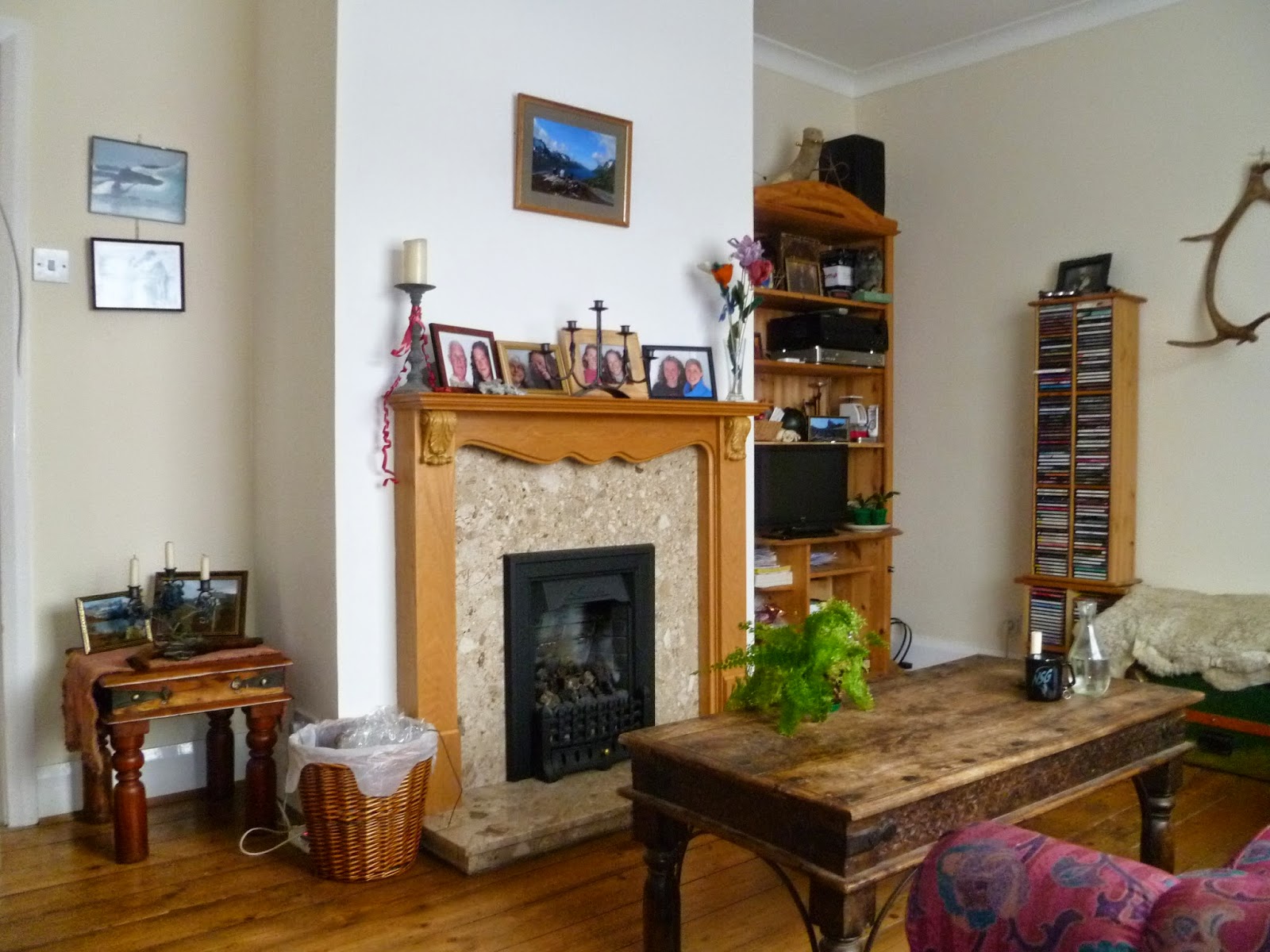 The other side of the lounge 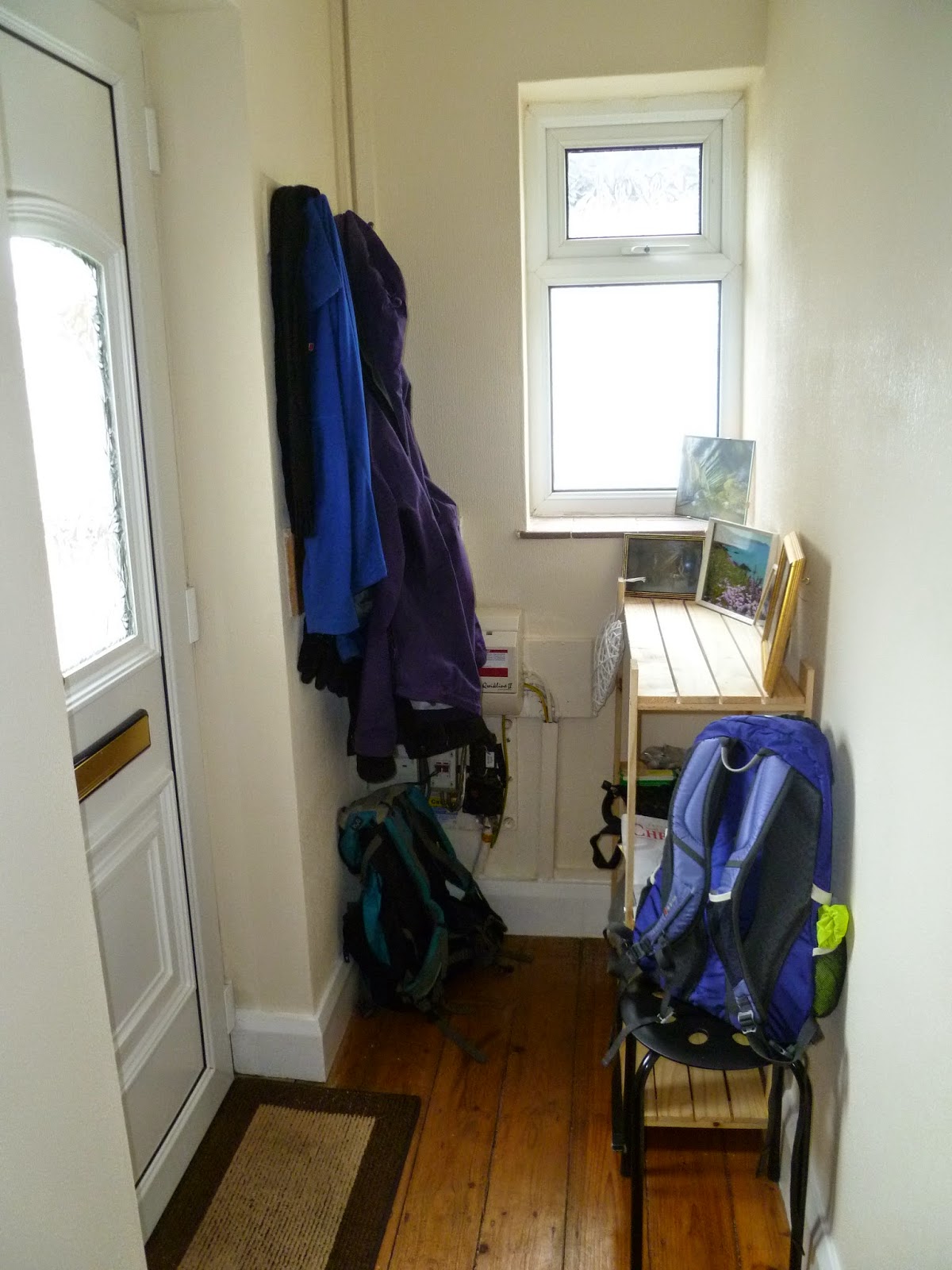 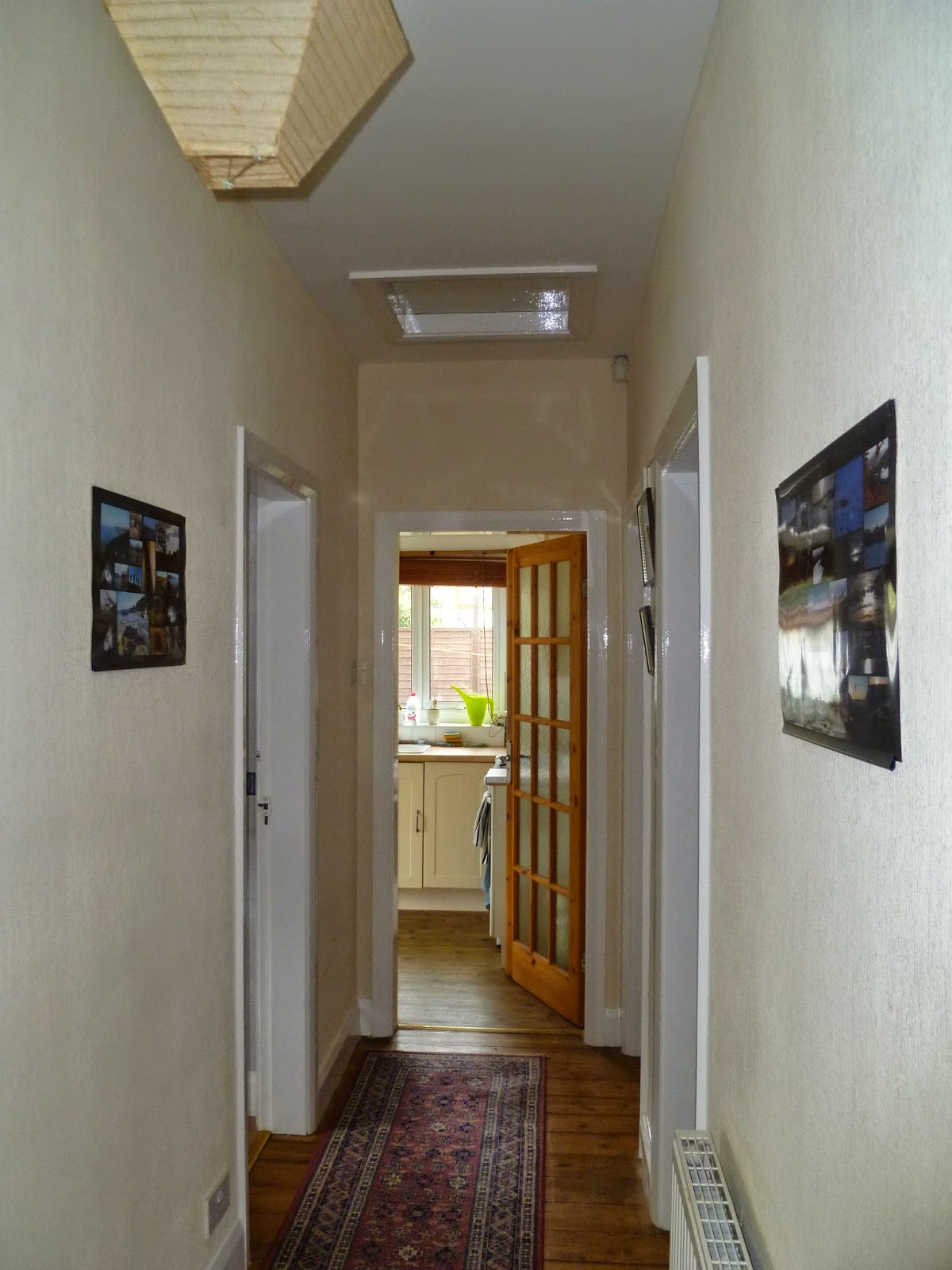 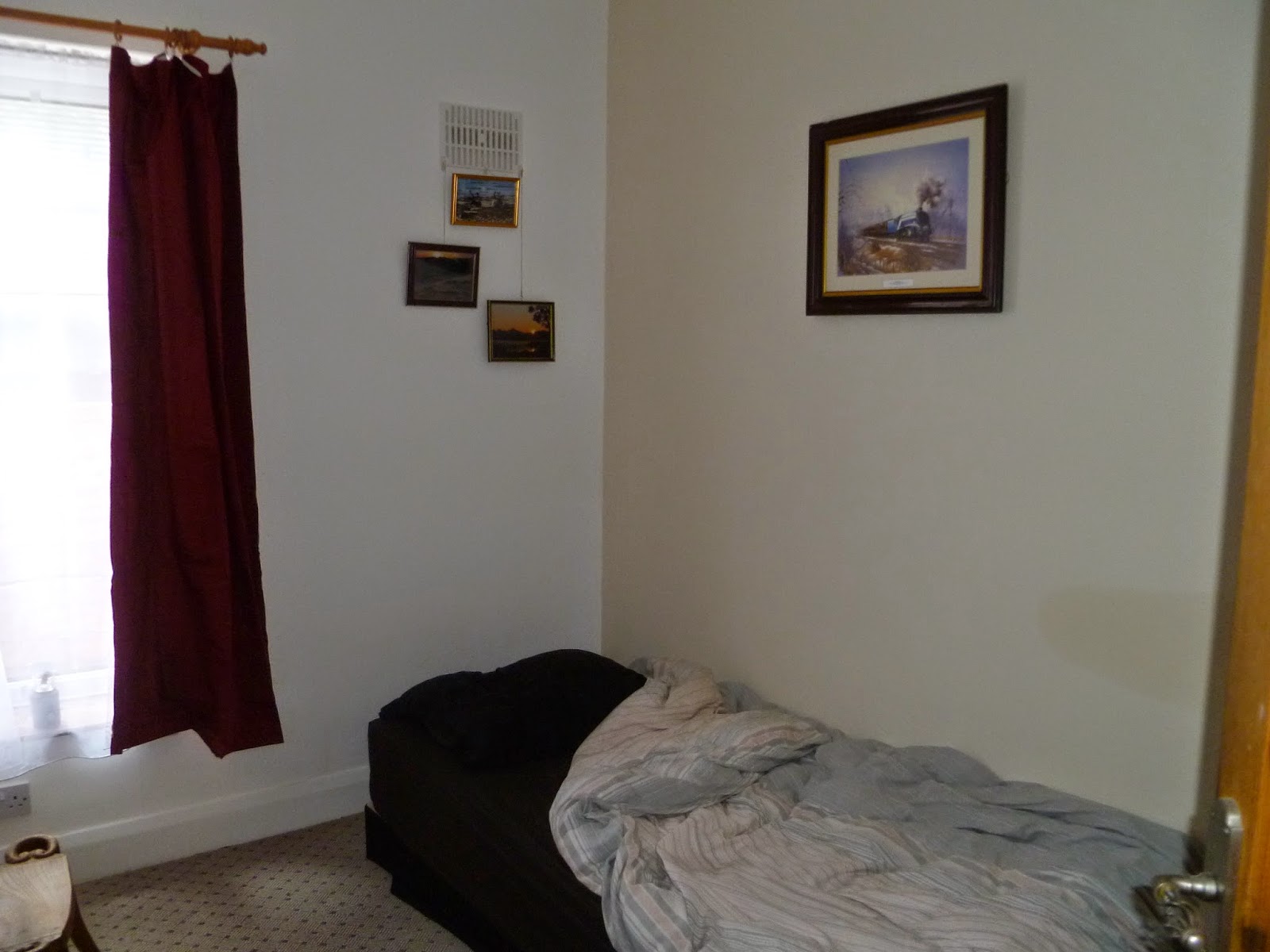 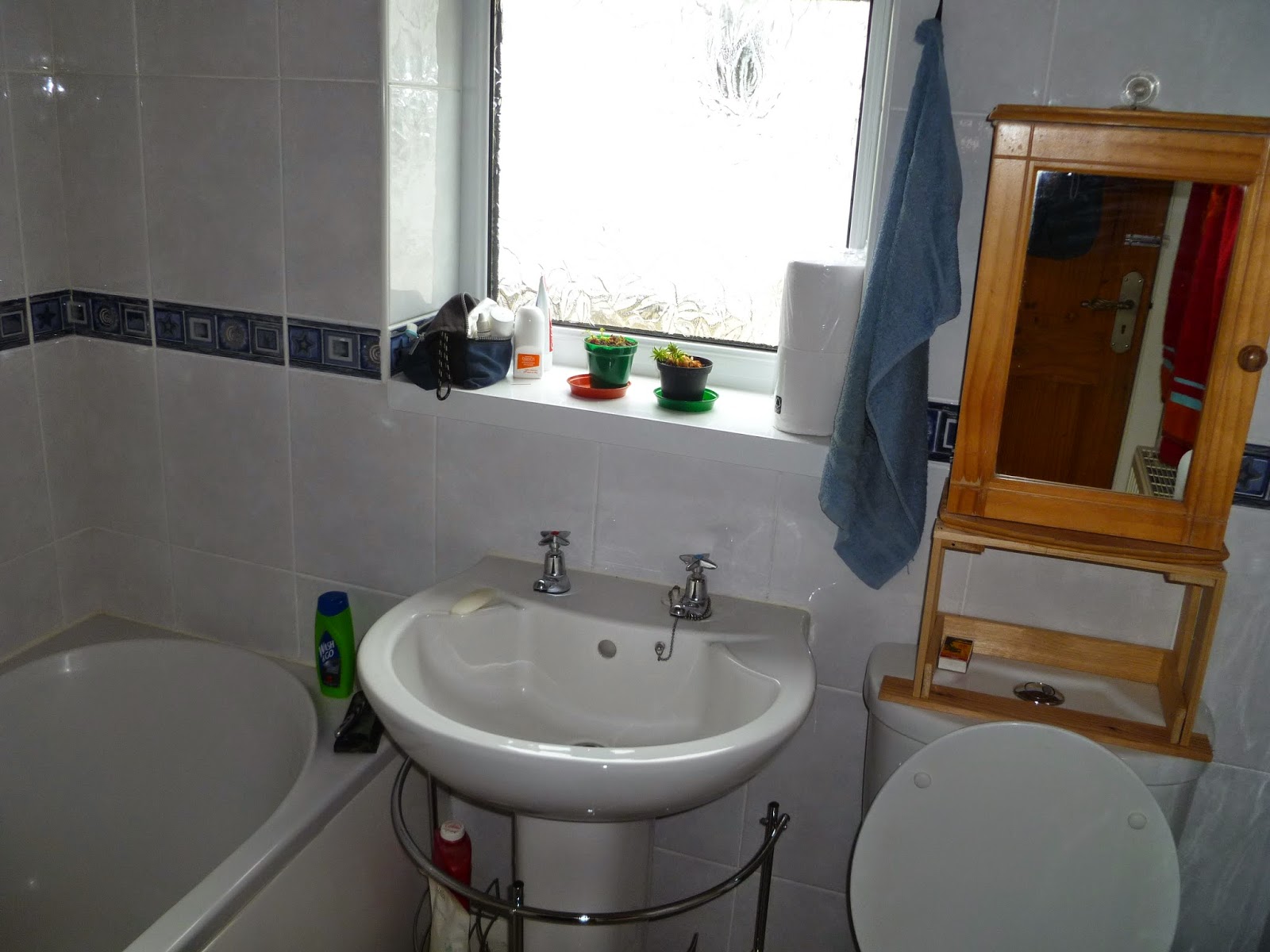 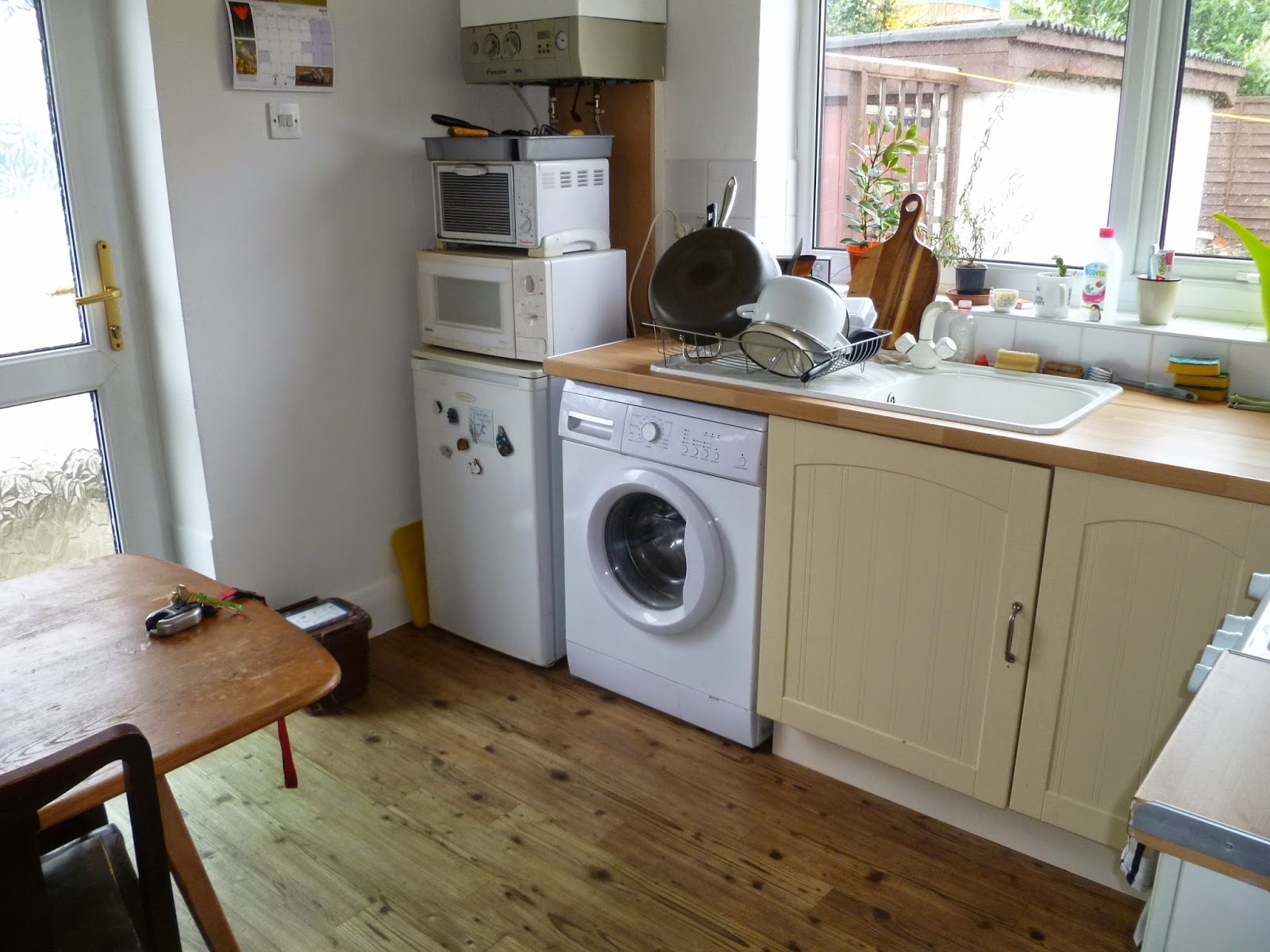 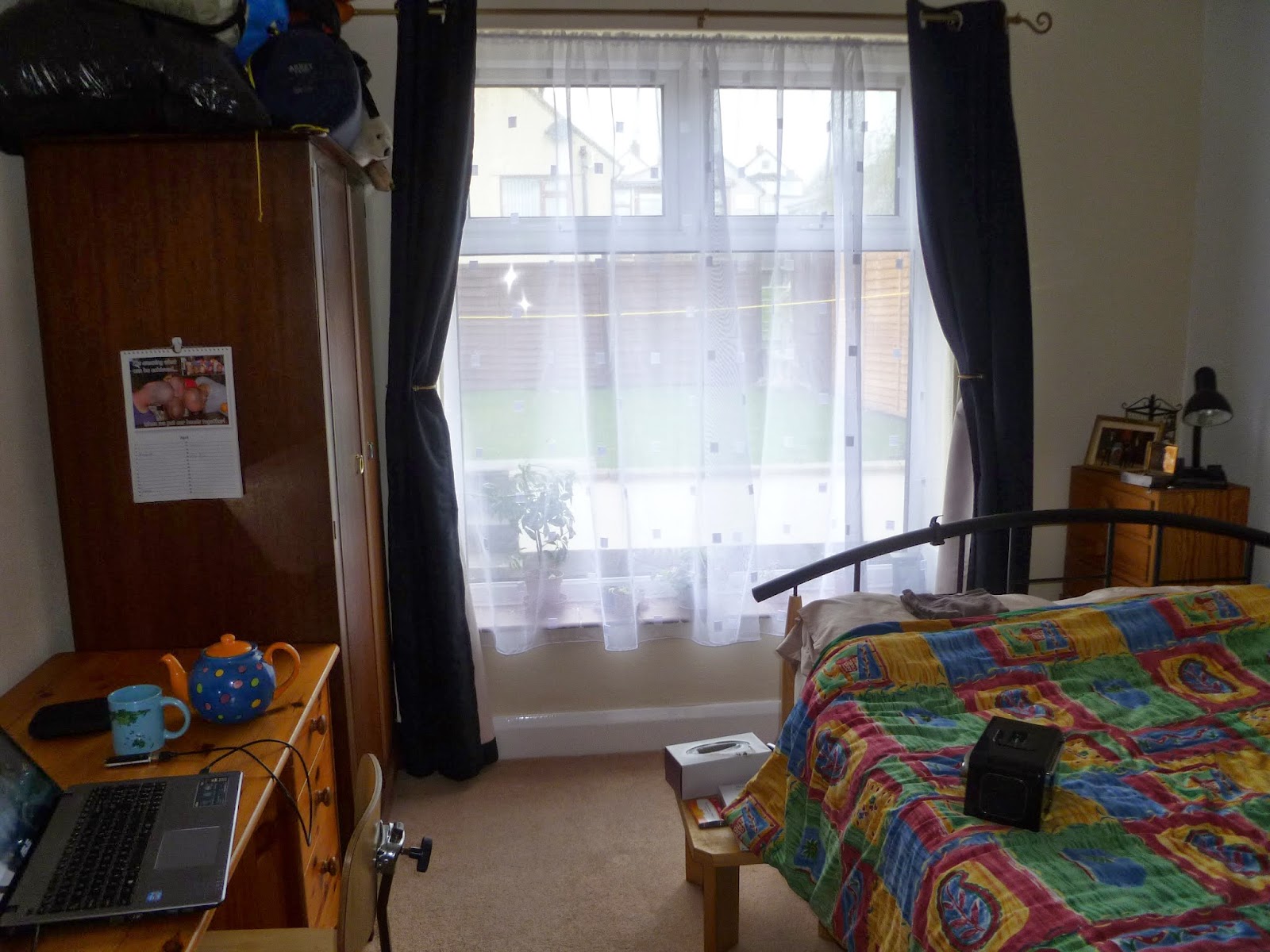 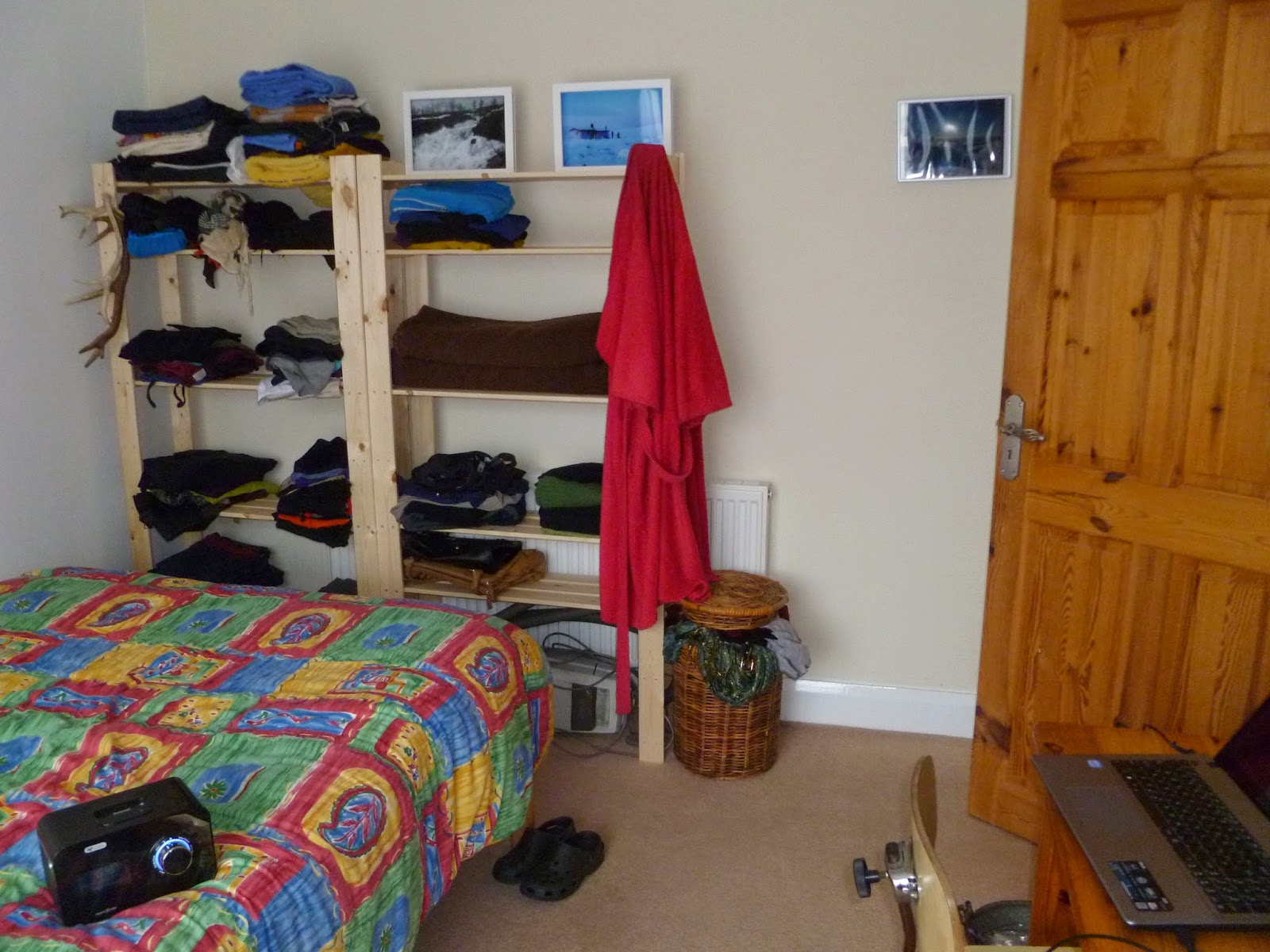 The other side of the master bedroom
Posted by Margot at 16:54