Sharing your office with loads of sclerochronologists has its perks. They need shells for their trade, and where do you find these? On the beach, of course! And new residents benefit from being shown some nice corners of the region by those who have had time to find them. So James and Paul took me and Stella to the beach on the west side of Anglesey, next to the rather nice peninsula Ynys Llanddwyn, to look for Arctica islandica's. One might remember the hoo-ha some time ago when one of them turned out to be the oldest animal ever recorded(which even features on the wikipedia page). But of course, they found that out by plonking it in resin, sawing through it, and counting its grown increments. In other words; while it was dead. The tabloid press wasn't impressed! But anyway; we needed some for training purposes and went to look for some that would be already dead, and that would in all likelyhood not have lived particularly long anyway. (The very old one came from cold, nutrient-poor regions where their metabolism is slow, and it takes them forever to grow to full size.) And we would get a nice scamper on the beach with James' dog to go with that!

Under grey skies we reached the beach. Penny, the dog, was immediately very happy. She desired little more than fetching the ball. We walked along the beach, which we knew to be shell-poor, to Ynys Llanddwyn. That is just rather pretty, with small beaches and a monastery ruin and a lighthouse and whatnot. And it has amazing pillow lavas! But then we had to get down to business. So we walked to the target beach and aimed our glance down. 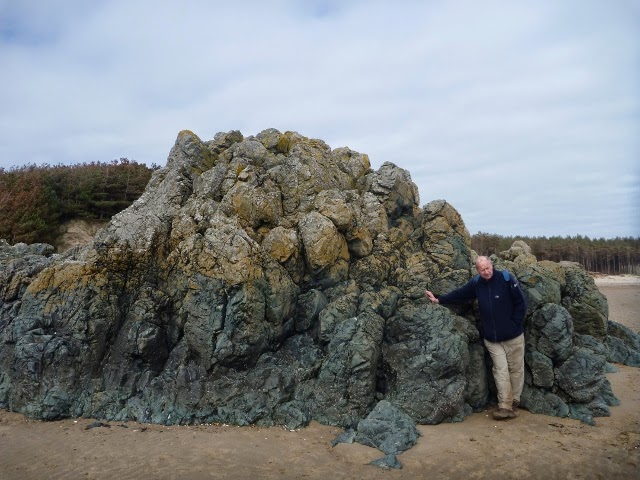 James leaning against the pillow lava 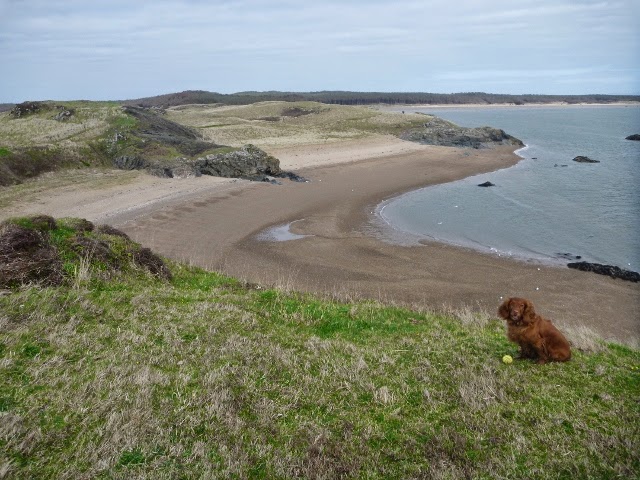 Penny and her dear ball, deciding she's not getting enough attention 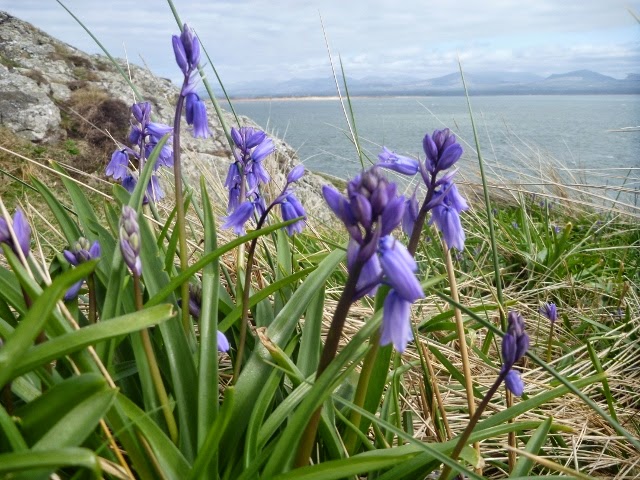 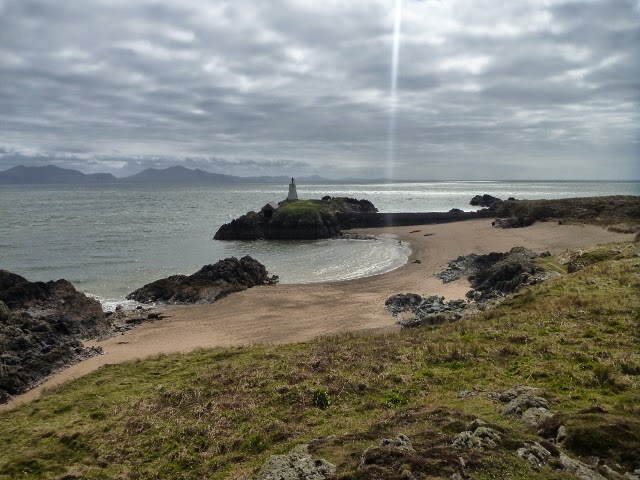 We found several nicely big islandica's! And a useful species to keep an eye on, as it can easily be mistaken for islandica. And some nice shells that could make earrings, and a big whelk that was still alive and that I chucked back into the sea. And during our walk the sun came out! Snowdonia on Saturday, Anglesey sunny beaches on Sunday; I think I got it sorted out rather well!

The winter storms had severely eroded the dunes, exposing the beautiful cross-bedding