My bike had been given up by Halfords. But I figured someone who could weld could still save it. Who can weld? Many people, but among them car mechanics. And there is a garage opposite the School of Ocean Sciences. So I had gone there and explained the problem. The bloke I spoke to was willing to give it a try! So I brought the bike in some convenient day. And the guy didn't waste any time. He had a good look at what the issue was, figured a big washer might be able to spread the strain, realised this would not be enough, welded a blob of weld on, figured it wasn't big enough, and set off perfecting it, but I was conscious of having to get to Parys Mountain in time. So I left him to it! 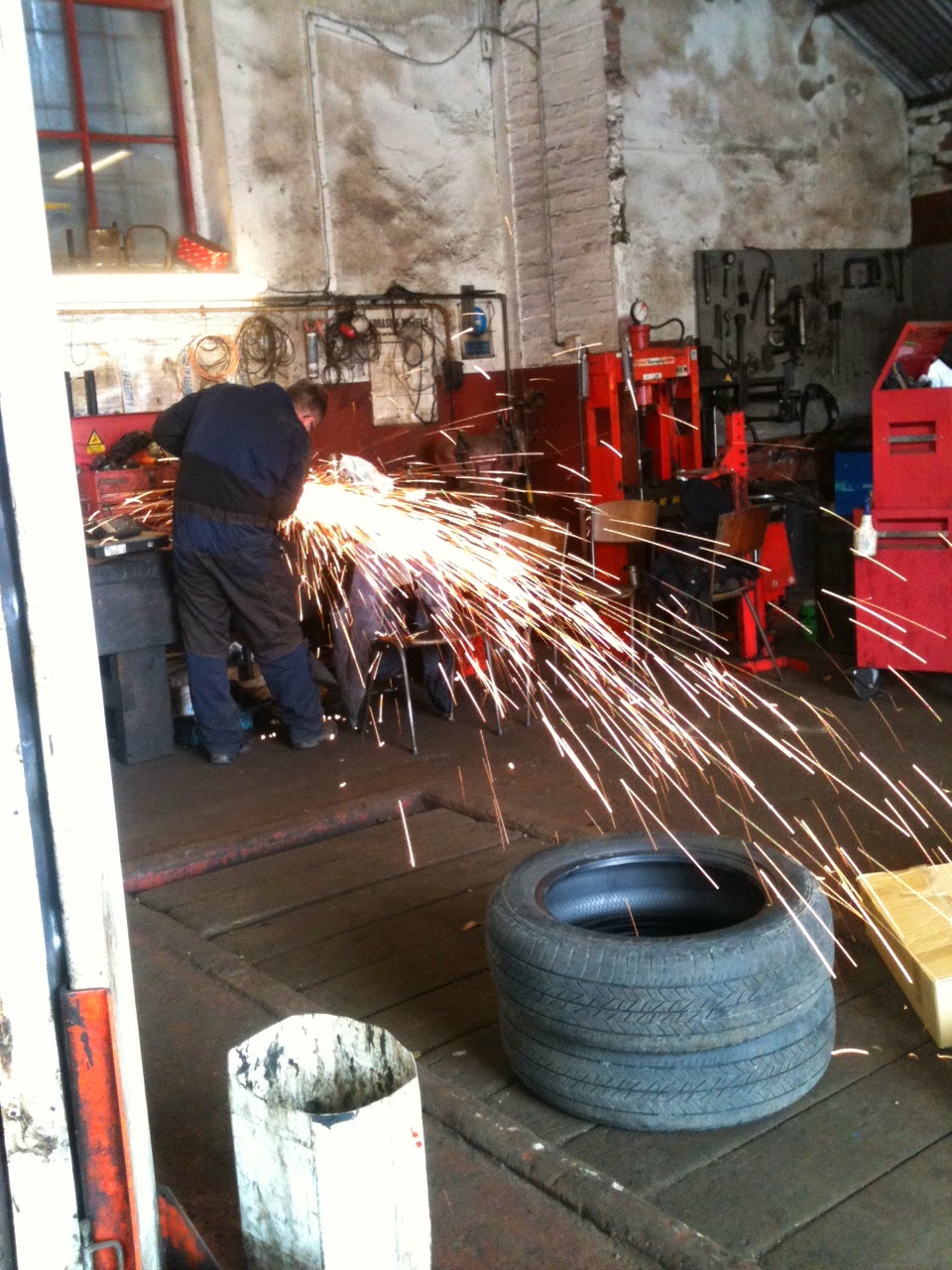 He was just cutting a piece off the massive washer he had found, but it looked specatacular!


On Friday I picked it up again. The man explained he had managed to get the wheel solidly fixed, but at the expense of its smooth running. He had tightened the nut fairly hard, to keep it in place in spite of the big washer underneath. I felt it; it indeed had so much friction it felt like someone had over-tightened the brakes. It was quite bad! But I had things to do. I wanted to take advantage of my empty office to phone my mum. She didn't answer, but instead both my office mates appeared, and suggested a visit to the pub. So I left the bike at the institute. 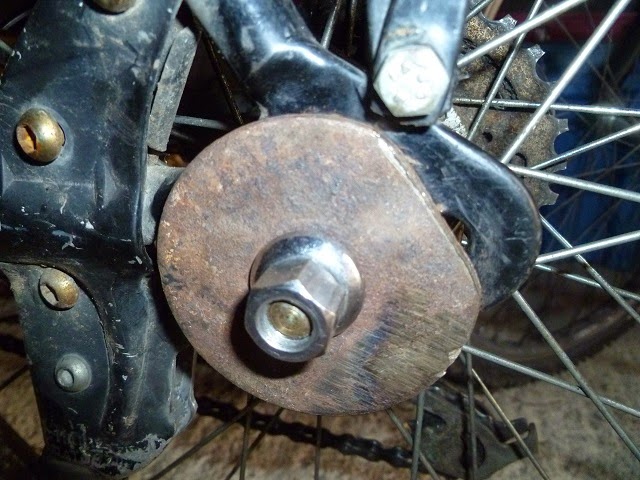 The huge washer (with bit cut off) the garage put on 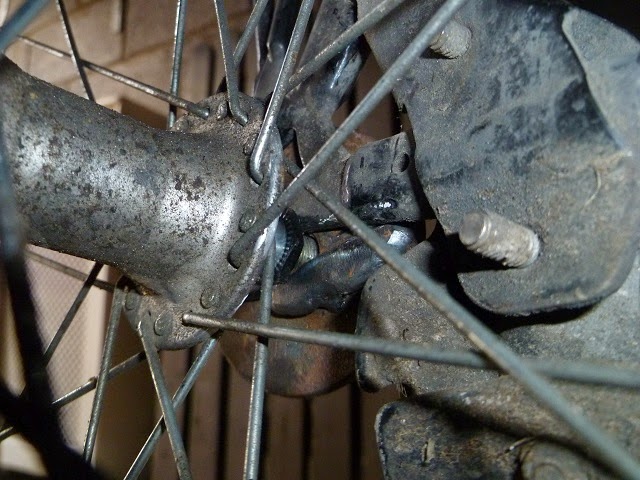 Notice the big blob of weld on the inside!

The next day I walked down to go and get it. When I biked up the tiny lane back to the road I wondered if I would make it home in that excessively heavy-going thing. But I did! It's more a strength training apparatus than a mode of transport. But at least it's reliable now! I'll see if I can do something about the friction. But even if not, I have a usable spare bike again. Not to be used on long trips, but good for commuting annex fitness training!

During the weekend I figured I'd have a go at perhaps tweaking the repair so the bike would lose some of its friction. I figured that perhaps a washer on the inside would increase the area of contact between wheel and frame. So I took it all apart! And noticed that indeed, this limited the amount of thread available for the nut that kept everything in place. I tried some other nuts (I rarely throw things like nuts and bolts away) but struggled to put the whole system back together again. Was that due to the washer? I don't think I'm done tweaking yet...