Vamos a la playa! If you don’t like sun, sand and surf you may appreciate the scientific and engineering challenges, and the employment opportunities that brings, that the coast has to offer. There was a conference organised inKiel (Germany) on coastal change. Sea level change is a part of that, so Roland, Rob and I ventured thence with snazzy PowerPoint presentations in our bags.


It would be a two day conference with two field days before and three more after; we all decided to do one or two of the former, and skip the latter.

Roland and I arrived in Kiel an hour after Rob did, so we asked him to scout out a good place for having a meal and a beer. We arrived at our hotel, decoratively located slap bang in the middle of the red light district, around eight; we were hungry by then. Rob whisked us away to the micro-brewery only a few tens of metres away from our hotel. And we enjoyed what we found!

The first field day we would be picked up at 8AM from our hotel, to drive to the Baltic Coast. An early start! We saw the Olympic sailing harbour of 1936 and 1972, and various forms of coastal protection, and absence of coastal protection, and what could go wrong with either. We also saw beautifully exposed glacial sediments from the last Ice Age, and older (Tertiary) sediments that had been squeezed up by the glaciers. And lots more! 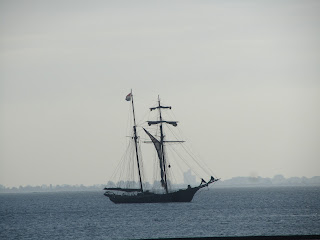 A decorative sailing boat seen from the Olympic Harbour 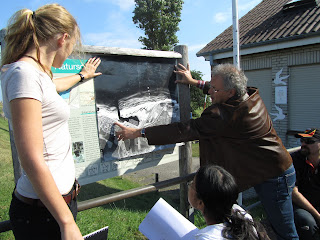 Klaus explains the local geomorphology with the aid or aerial photographs 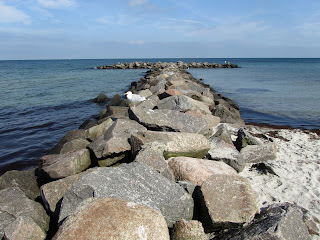 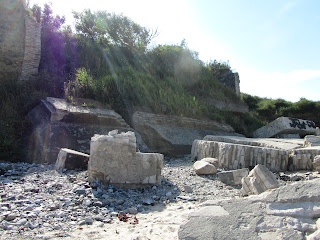 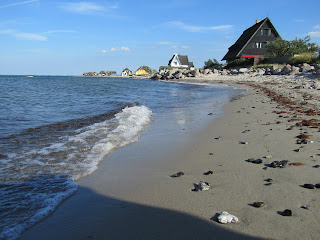 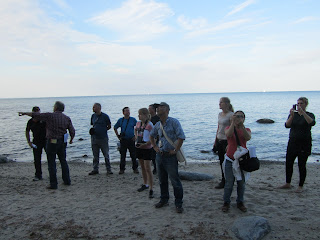 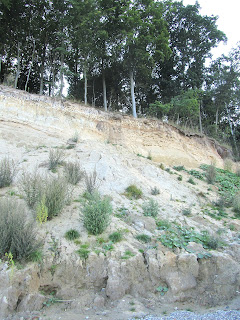 …and the cliff face in question; notice the holes birds have made. They prefer sand to dig in. The holes allow you to find the sand layers without coming close! 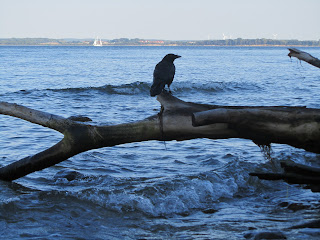 Many trees had come down from this cliff. This one offers hospitality to a crow.

Klaus Schwarzer, the trip organiser, had so much to show us it was again 8PM by the time we were dropped off at the hotel again. So after a quick change of clothes we were back at the brewery. We didn’t stay long; there were many diversions in town due to road works, so Klaus had told us we would be picked up at 7.30 the next day. We had a ferry to catch!

The next morning we were ready at 7.30. We left Kiel at 8. And the ferry left at 10. We only just made it! We almost had to do the trip without our drivers, as they had to park the minibuses before embarking. The ferry trip was another hour, and on the other side we would rent bicycles to get us to our actual destinations. That meant we were already doing about 6 to 7 hours of travel that day! How much time would we have for seeing anything? But we would not be disappointed.

The ferry had taken us to Hallig Hooge, one of the so-called Halligen; remarkable islands in the German Wadden Sea. It was a small island, comprised of grazing fields, with here and there artificial mounds where people lived. Up to 50 times a year the fields would get inundated by storm surges; the mounds (terps) would remain dry. So if there was a storm warning you would bring in your cattle, and enjoy the view onto the sea from your very windows, until the water dropped again. That was the idea; in 1962 it hadn’t really worked that way, and an extra big storm surge had done a lot of damage. But all was repaired, and the island could continue its existence as a tourist destination. 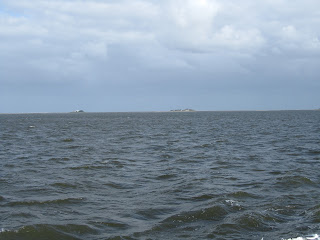 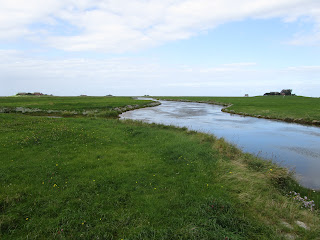 Hallig Hooge seen from the road 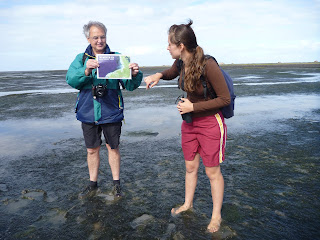 Lecture on the mudflat 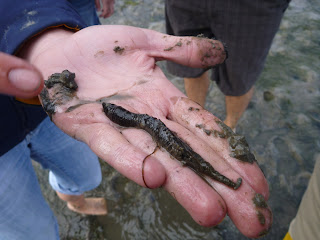 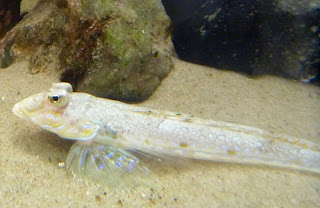 In the information centre they had this angry-looking fish

We saw some aspects of island life; we looked at the old freshwater supply solutions, and we walked around on the mudflats. A local student, who had lived on the island for a year, talked us through it all; it was clearly more a tourist trip than a scientific one, but I was quite charmed by the place anyway.

It all got a bit more scientific when two researchers from the University in Göttingen showed us their monitoring stations; the islands thank their existence to the flooding, as that brings in the sediment that allows them to keep pace with sea level rise. Both sediment accretion and sea level rise are in the order of millimetres per year. And these researchers tried to find out how you can retain as much sediment of every flood. Many of the wadden islands have dykes or revetments; stupidly enough, these may stop the flooding, but they also keep the valuable sediment out… and interesting challenge to optimise things! 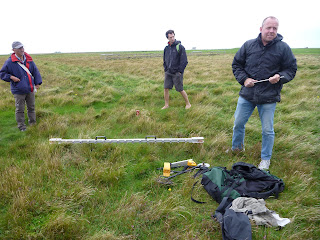 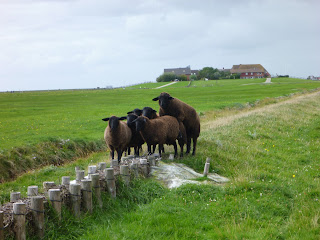 The local sheep were more interested in other things

After coffee with more cake than we could shake a stick at we get back to the ferry port. A long trip home followed, which ended at university; the next day the official part of the conference would take place, and thus this night was reserved for the icebreaker party. There was good food, good beer, good company; all you want from a party like that. And afterwards we were brought home. 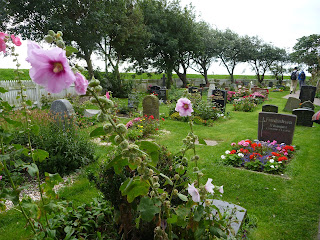 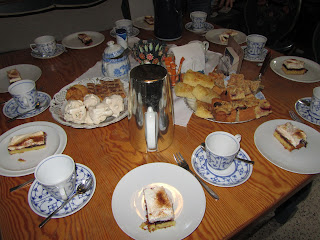 That is, Rob and I got off at the hotel of the numerous Antipodeans that graced the conference with their presence, and enjoyed a small afterparty. I only had one more beer; I need my sleep! So far the schedule had been rather demanding. I was home by ten. Rob was home a little later. But he did what a conference is for: networking! It’s not all about the science; it’s also about having a pint (too many) with people you might end up collaborating with. And Australians (plus added Kiwi) are reliable partners in such exploits, as we already knew, but which they would remind us of until the very end of the conference…
Posted by Margot at 13:40