The last day we didn't want to leave first thing in the morning: we figured most other people would, and we would only end up in a traffic jam. And the weather was terrible, so we figured a museum would keep us entertained in acceptably comfortable conditions. 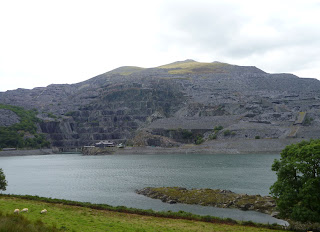 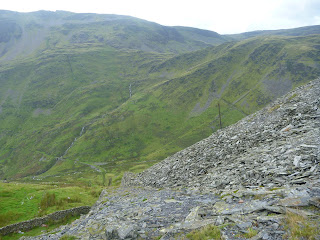 At first glace it looks like a natural landscape, But who looks closely can see three inclines, constructed for transporting slate: 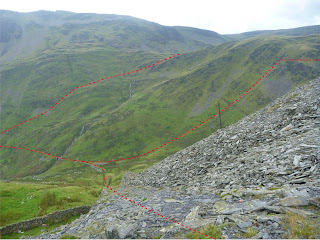 I had no idea that Wales was (had been?) the slate capital of the world. But walking around near Llanberis quickly makes you realise it; there's a gaping hole in a slatey hillside everywhere you look. The landscape is dotted with engine houses and inclines and railroads and what have you, all for the slate industry. Just outside Llaberis there is an amazingly big mine; when it was closed in the sixties (if I remember it correctly) they basically just walked away from the quarry itself, and all the associated infrastructure and workshops. And only years later it had all been turned into a museum! 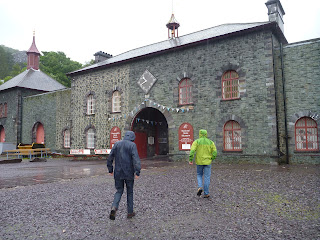 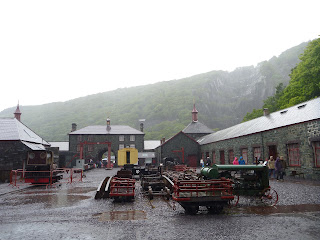 We wandered around from water wheel to steam crane, from slate dressing demonstration to foundry tour, from quarrymen's cottage to sawmill, from blacksmith's workshop to canteen. It was very interesting! And it was a good way of spending half a day. But then we departed; we didn't want to get back home too late. 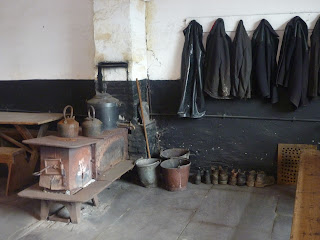 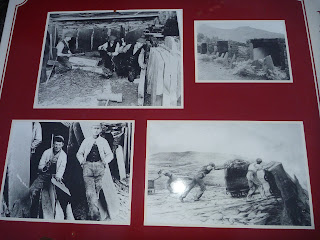 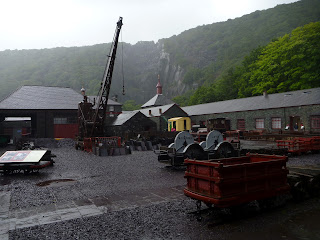 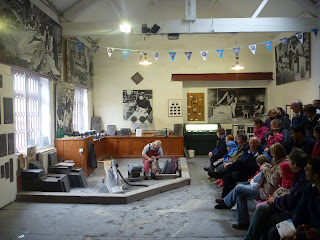 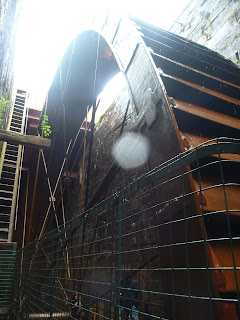 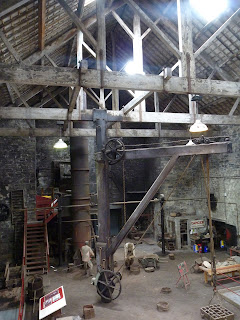 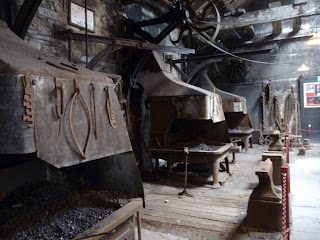 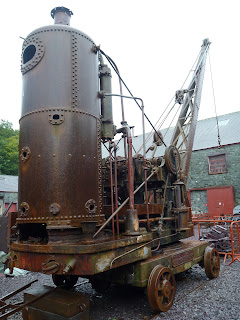 We had a great weekend, with amazing hiking, unbelievable mine exploration, and a lot of cultural heritage. I hope to do that again soon! It was great!
Posted by Margot at 09:28