Students in the mud

The wind howled around the building and the rain hammered the windows. The next day we would be in the field, with the students… if it would be similar weather that could get interesting! But the weather cleared up, and on a bright autumn morning I made my Plymouth teaching debut.

The students were supposed to do what we normally do in the field: take a transect of surface samples, take a core, and survey the whole shebang. So we travelled to the Erme estuary in two minibuses, and soon we were standing near a cute little salt marsh, with Roland handing out equipment. 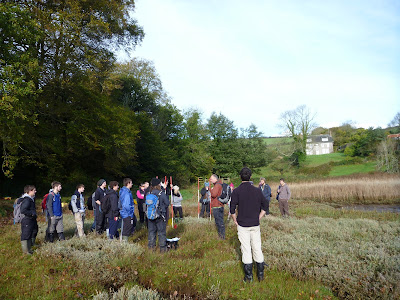 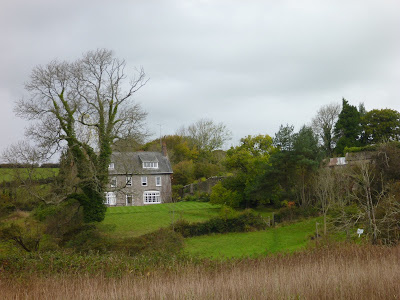 The beautiful backdrop
It started a bit wobbly; I’ve quite done my share of surveying, but they had brought equipment I had never worked with. It’s cheap, small, light and easy to use. Evidently we would only bring the heavy, complicated stuff on fieldwork. So it turned out it was the easiest in the world but frankly, I should have had a look at these things before I would have to teach on them. Never having seen one before isn’t the proper preparation.

Beside that wobble it all went fine. Roland, Rob and me all got a group of students, and “mine” were an enthusiastic and clever bunch. So was the rest, I presume, but I didn’t get to check it. So in no time we had a transect, and had started to survey, and map the vegetation. We then we called to go coring; that was Wil’s thing. It’s not if we can’t do that, but we needed him for driving the minibus, so he needed a field task as well, and coring then is the most appropriate one. Of course I couldn’t keep my big mouth shut when he took out only half a core for my group; I knew that the only response to that was “would you care to show us how you would do that?” Luckily, I’m not bad at all, and lo and behold, I got a complete core out. Victory! Wil didn’t get it out in one piece, but hey, it’s only for a students’ project; not for anything that would get published. 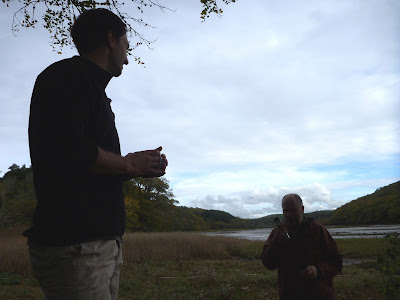 Rob and Roland have a tea break 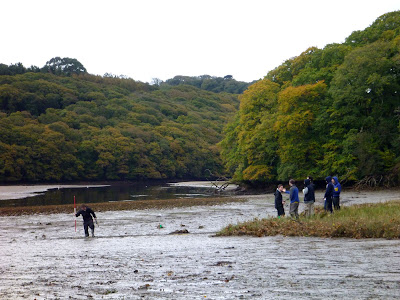 Salt marsh fieldwork often involves some prancing in the mud!
Having secured the core we continued on the surveying and sampling. And to my pleasant surprise there were two ladies in fashionable wellies who were quite keen to do the necessary prancing around on the mud flat. Excellent! Students don’t have that reputation. Altogether they were interested and motivated and smart and quite a pleasure to be in the field with. I look forward to the laboratory practical. 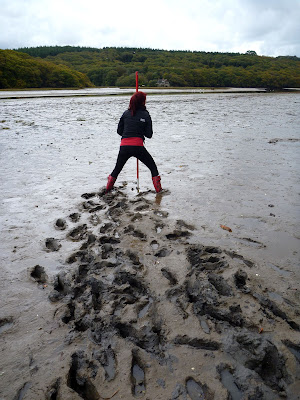 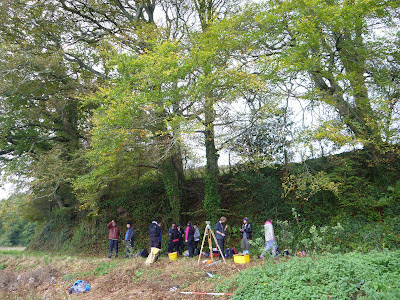 It's a wrap!
At a record time of ~1PM we were all done. Which was good; it just started raining. And soon it rained heavily. And during the ride back I discussed with Roland what probably will be my next fieldwork with students… bring on the teaching!
Posted by Margot at 16:22