The caving club is doing well! And the first caving trip in the new year was expected to be well-attended. Dave was wondering if we wouldn't be with too many to even fit in the mine in question. So I didn't expect too much. But how unjustified!
It was a pretty mine from the very start, but it kept getting better. It was a reasonable maze of horizontal tunnels with inclined winzes in between. So many places to run to, look in, climb into, take pictures of, and bump into equally enthusiastic cavers! I felt like a child in a toy store. 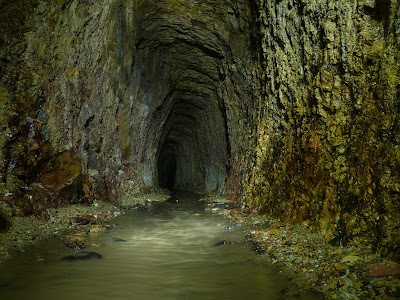 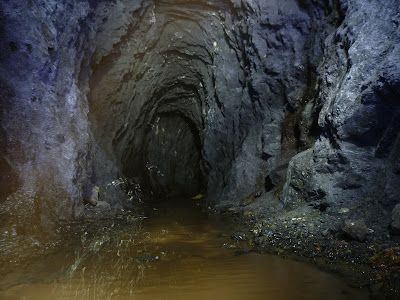 It was a manganese mine. It had interestingly variable lithology, with quite different looks. From yellow and orange banded to just plain black! 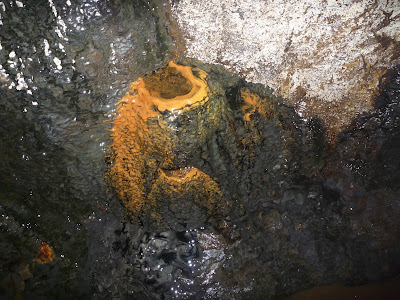 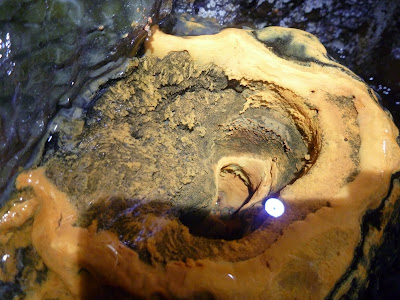 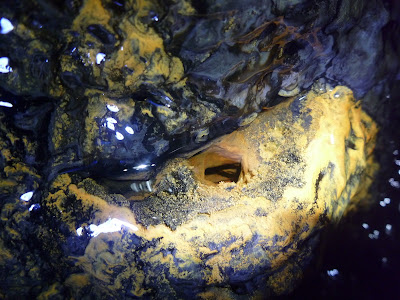 There were some interesting structures. I liked this hollow, triple, black-and-orange stalagmite, or whatever one calls this! (Lower pics are close-ups, for those who hadn't seen that) 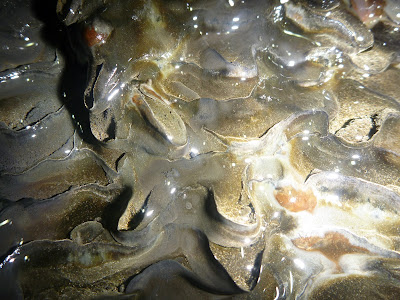 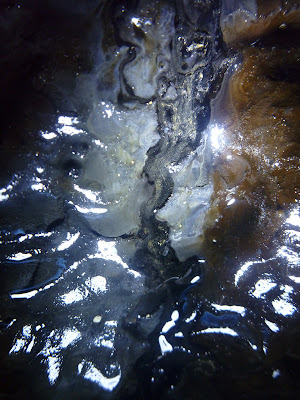 This place had camouflage staining. Often it's bright white, blue and green, but here it was black, grey, brown and army green!
One might think it gets boring after a while. Another mine! Another set of dark wet tunnels. Maybe it does one day, but for me that day hasn't come yet! And it may take a while. One of our guys had already done this mine, some forty years ago, and he evidently still isn't bored of it yet!
Posted by Margot at 08:49