Me against the toilet

When I came home from Norway I knew I had lots to do. I hadn’t left my house in a very immaculate state, and I brought lots of luggage to unpack, and things had gotten damaged before and during the trip. A nose pad had fallen off my glasses. My phone switched itself off all the time. And shortly before I had left my toilet had stopped flushing. Quick examination revealed that the plug that you should release to let the water out had come off the lever. And then it doesn’t work anymore. And for the time being I had contented myself with just acting as a lever myself, but it’s not a good long term solution. So that was on the agenda for the first weekend: get me another plug. 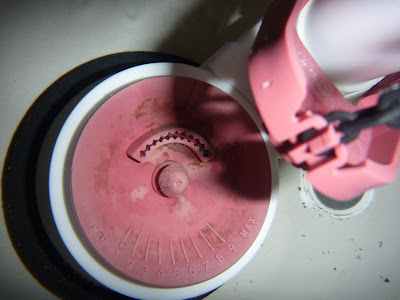 An unattached plug! Bad news.
Before I came to this, my smoke alarm complicated things by demanding immediate attention, but that was solved before the weekend. Maybe it was the bellwether of the general state my house is in.

Anyway. On Saturday I went to the nearest DIY shop to buy a new plug. And found out I had to buy a whole new system. And the man helping me out explained I would have to take the entire cistern off in order to replace it. Oh well. Let’s have it. I had never done this before, but I started taking the whole thing apart. The issue with this sort of fun is that you of course have to shut the whole apartment off the water supply. And then you can’t test if the whole thing is water tight again. Unless you have the foresight to fill a sizeable bucket before you close off the water. And I have no such bucket. So the only way of testing whether it all worked out is properly installing the whole shebang. And if you find out it’s not good you have to drain the cistern again: flushing leaves an inch of water in, and you can’t just let that flow onto the floor and into the downstairs neighbour’s apartment. 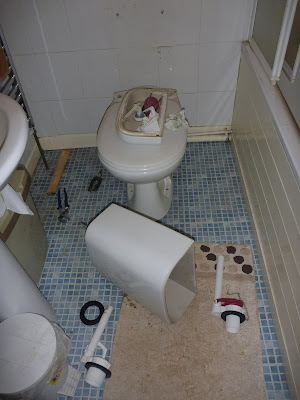 After the first test I figured I had better replace the rubbery ring below the plug. Back to the shop. Replace the ring. Find out that that now is water tight, but all that fidgeting had rendered the place where water comes into the cistern leaking. Back to the shop. Buy a hose for draining the bloody cistern, and some sealant, while receiving sighs and headshakes from the man that had advised me all the way. Waterproof the inside of the cistern. Success. Try the whole system. It now was only the connection underneath the cistern that leaked. Apply sealant. Wait for 5 hours to let it settle. And then: success! My toilet flushes again! And without leaking! I am the king of plumbing. 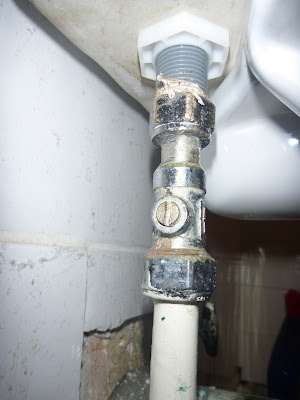 The piece that resisted the longest
And that way I spent a lot of my weekend of rest in uncomfortable positions draped around my toilet. Not what I had hoped. But I learned things! And I want to try to become a huomo universale. I’ll never make that, but I can strive; I want to not only be able to identify foraminifera at species level, and write text about climate, and such things; I also want to be able to rescue people from caves, and fix my own bicycle, and walk on high heels, and weld, and dance the salsa, and repair my own toilet. And many more things. And this weekend brought me a very humble step further on that path!
Posted by Margot at 22:47

> I am the king of plumbing.

Ah yes. I figured queen didn't sound equally glorious! But people like me who think that and act accordingly might be part of the problem...

You should have asked you letting agent to do this glamorous job!

Right back tot he PhD!