Before I went on the Access Anglesey fieldtrip, my plum tree was yielding fruit like there was no tomorrow. But then I would be away for over a week! I encouraged the neighbour and Phil to just pop into the garden to get some as otherwise, they might go to waste.

When I got back I spoke to the neighbour again. He said he had indeed got himself another batch! I had given him one earlier as I can't possibly eat all of them on my own. But he said it end of the harvest was nigh. And I had a look. He was right! There wasn't much left. There was a lot of windfall, and the wasps were having a booze-up in it. When I went to fill another pot I didn't manage! It went so fast. I had really been enjoying just eating fruit out of my own garden! But the good thing is: the apple harvest is about to start now... 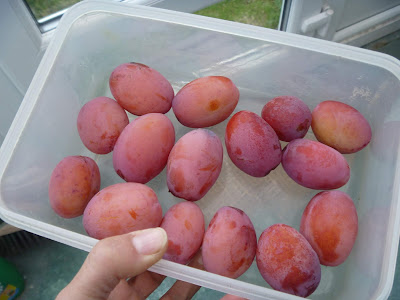 I didn't get a pot full anymore! 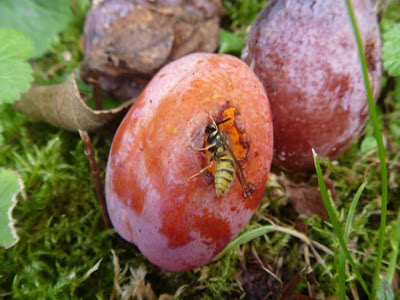 The wasps are having a ball though.