House progress in my absence

When I was on fieldwork I got some very uplifting texts. One came from the electrician: he was almost done! And in order to properly finish it he needed to have a chat with me about how exactly As he had rewired the entire house he would have to shut down the entire system before he could power up the new. And that needs coordination! And maybe we need the plasterer to cover some wires before they go live. He said he needed quite some notice, though; maybe I should just moonshine it myself and have him make it pretty afterwards. I suppose that as soon as the wires are covered and the plaster has dried it’s OK. You probably don’t need the full layer to make it safe! But the electrician and plasterer will know that. 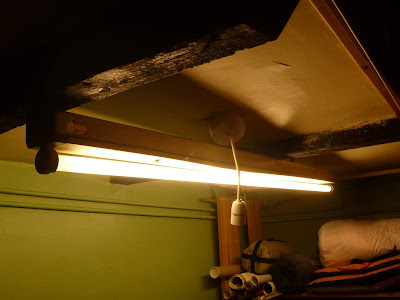 That striplight will go; the new light point is already there 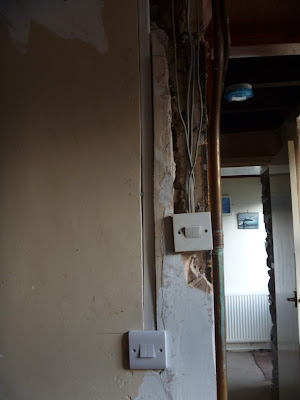 The new switches are in. The old switch is still operational, though, and fixed in a temporary place 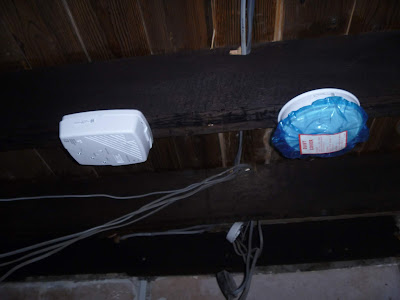 I also got a text from the stove installer. He will pop by to start on the hearth! Great! I suppose the stoves are nigh. Which is great! It is getting decidedly autumnal here. Soon it will be rather cold I suspect!
Posted by Margot at 11:46