Book about the strike

It was the longest industrial dispute in British history. Almost the entire 2800 man strong workforce went on strike. The long strike forced any buyers of slate to think either of other suppliers or choose different materials, so the North Welsh slate industry never recovered. Neither did Bethesda. And now I live there. And the strike is still tangible here.

I'd read a fictional account of the Big Strike. But there is a work of non-fiction available too! I had heard of it, but forgot about it as well. Until I found it in my dad's holiday cottage. I couldn't read it before they vacated it again, but I got me a copy of my own. And read it with interest!

The book contains articles a reporter, Charles Sheridan Smith, sent to Bethesda from London, published. As it is they only provide snippets of information; no overview of the situation. And the snippets are informative but do leave you wanting more. 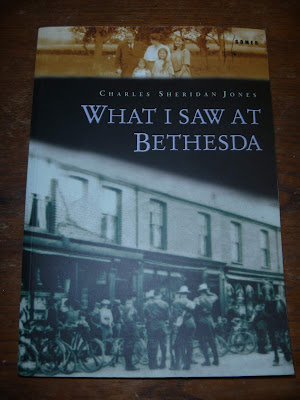 It is difficult to read with modern eyes, though. Time has fortunately changed! Smith keeps picturing the quarrymen as worthy and noble but also as simple and inarticulate. I'm not sure if he's being awful to the Welsh or to the working class, or the combination of both, but either way, it is rather jarring. And a perfect window into the times, as I suppose his views were rather widespread. It's good that times change! Although one could hardly claim that prejudice against the Welsh or the working class is no more.

At the end of the book some other documents are enclosed. It starts with a letter from the solicitor of the quarry owner to the newspaper that had published Smith's work. He is going in for libel or defamation or something like that. And I noticed he uses the same law firm as I did! Oh dear oh dear. I know it's worse I am a traitor, aka a bradwr (or bradyr as Smith calls it) for breaking strike, but I also used a firm that fought on the wrong side. I'm not being very good at being a Bethesda citizen! 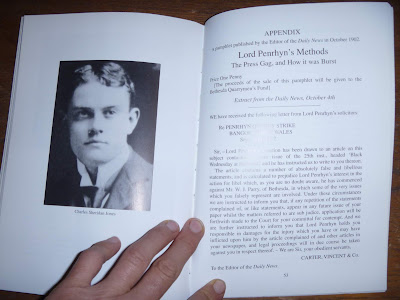