Last trip to the BGS?

The end is nigh! The end of my career as a researcher. At least until July. The BRITICE project is coming to an end; that is, except the ice sheet modelling which will continue for a fair while. But the data gathering will soon stop. I will make one last dash at it and then I will get ready for a few months as a lecturer. And with the data gathering almost done, the cores have to go back to where they live. And that is Edinburgh. So I needed to load up a rental vehicle with the 59 sections we still had in store. I was glad to get the car on Friday; that meant I could load it up then and get it over with. And it was a normal car! I prefer these over vans. They are easier to park, and they catch less wind. It can be quite windy on thre British roads in the UK! 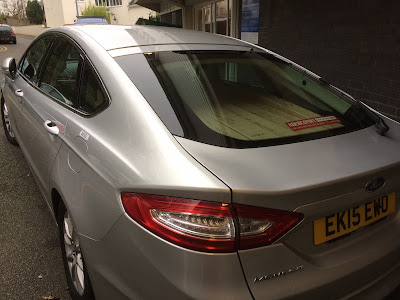 You can just see the boot is full of cores. The back seats are down and on them are more. It just fits without blocking too much view!


On Monday I started driving at 11AM. No need to get there too early! The trip went well and around 6PM I parked at the inn where I would stay. I was so early I decided to go for a short walk before dinner; it was raining a bit, but the moon managed to stay away from the clouds most of the time, and I wanted to get some fresh air. It was nice! 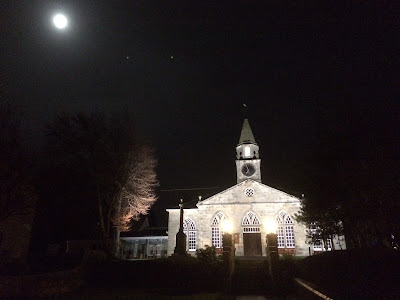 The Currie Kirk, opposite my accommodation

The next day I got up, left the inn, and went to the new site of the BGS. I had not been before. I parked up and got me a door pass. They remembered me! The location has changed, but the people haven't. Then I went to the core storage building and found my host Michael. Together we unloaded the car, and pulled out the core sections I wanted to sub-sample. I could start! 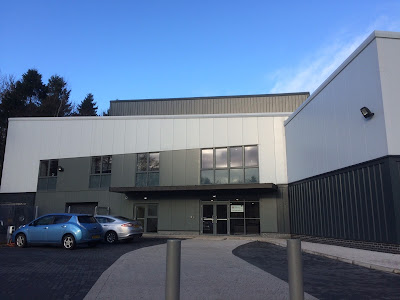 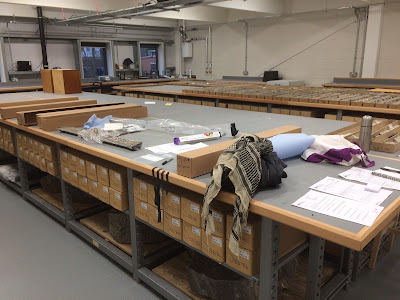 
I had seven core sectiosn to get through. Tom had submitted a wish list of 11 cores, but three of these we happened to have in Bangor so they were already done, and one had already been sampled a long way back, so only a short list was left for sampling in Scotland. By about 10.30 I had done four sections. That was the moment my colleague Tom appeared. He was just in time to sample one core while I did the other two. Before noon we were done and could start to tidy up! It had been a bit of a hit-and-run mission but my time is running out; when I started driving I only had 55 hours left on my contract, and by the time I would be back it would have dwindled to 38! And there are only so many samples you can prcess and analyse in that much time.

I tried to keep the amount of faffing to a minimum when we were done; I had to drive a very long way back, and the earlier I started the better. So I said goodbye to Tom and Michael and was on my way. I would just be back in time for Welsh class. The next day the sample processing would start. The very last batch!